Popular Hip-hop artist “Chance the Rapper” featured in a Saturday Night Live’s skit on October 26 which saw him acting as a League of Legends esports reporter.

Since the release of the popular battle royale Fortnite, esports and gaming has been seen breaking into the mainstream culture more and more often with stars such as Bugha getting the chance to appear on shows such as Jimmy Fallon.

With Worlds 2019 currently underway, the hit comedy TV show, Saturday Night Live, decided to highlight aspects of the final event of the year in a skit which included Chance the Rapper as the tournament’s esports reporter. 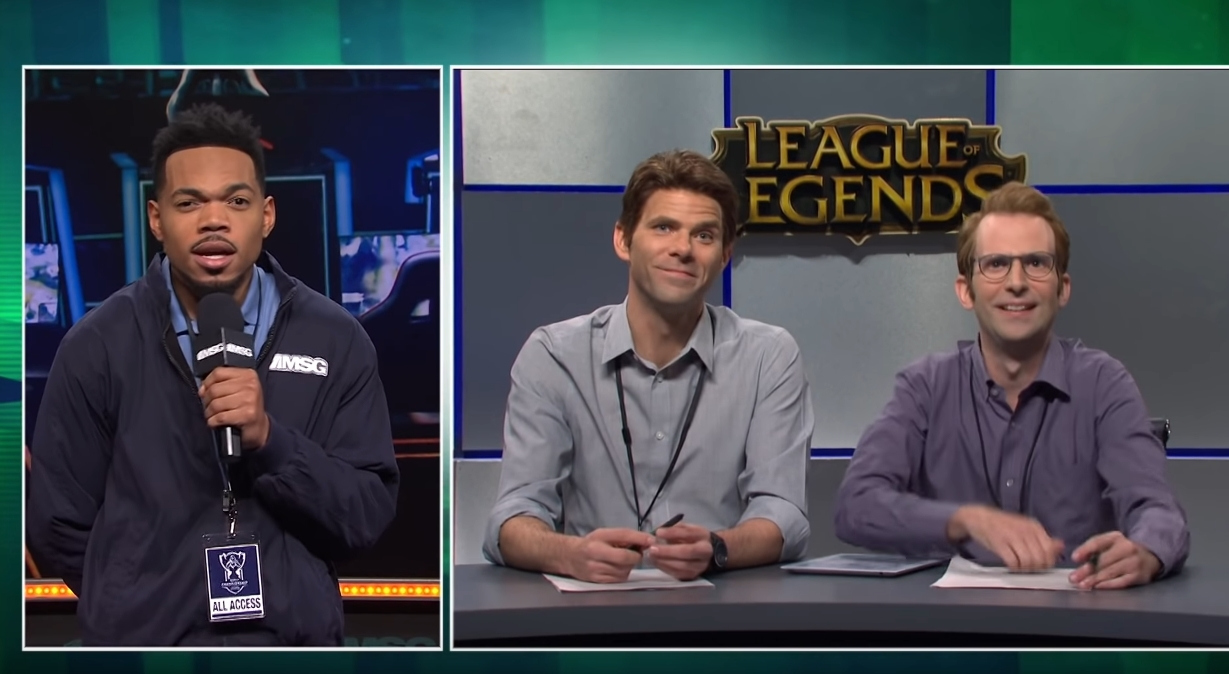 Chance’s character was clueless about League of Legends esports.

The skit marks Chance the Rapper’s second appearance on SNL, returning once again to play as the clueless basketball reporter, Lazlo Holmes, filling in for other sports on the network.

Saturday Night Live’s comedic parody saw the popular rapper attempting to break down some of the gameplay during the esports tournament’s post-game analysis segment in hilarious fashion.

The other cast members who appeared as analysts in the skit began referencing some of the details of the match that could be difficult to understand for non-gamers, while Chance simply stood there confused, sarcastically pretending to go along with it.

Chance’s character, Lazlo, took many jabs at the esports tournament initially, mocking many of those involved in the event, however, as with many he seemed to be blown away after realizing just how popular some of the professional players were amongst fans.

The segment saw many references to Riot’s popular MOBA and included a shoutout to a fictional player named “DoublePump” which was likely done as a nod to the Team Liquid star Yiliang ‘Doublelift’ Peng.

“Laz you’re going to like this,” said one of the desk analysts, before reading the fictional pro’s post, “Echo’s Captain DoublePump just tweeted – Congrats Shadow Gaming, can I borrow some XP?”

Esports has been featured in a number of TV shows in the past, such as the iconic animated sitcom, The Simpsons, even devoting an episode to the competitive gaming community.

There will be more TV shows for League of Legends fans to look forward to after it was revealed that CBS greenlighted a new esports comedy series which is set to be produced by Rick Fox.