IRL Twitch streamer Tallulah from ‘Awkwards_Travel’ was shocked after one of her viewers trolled her with a perfectly timed sound alert.

IRL streaming has become increasingly popular over the past few years, with thousands of viewers tuning into platforms such as Twitch to watch those who broadcast their travels.

Tallulah, who normally streams her adventures with partner Gaspard on their channel ‘Awkwards_Travel’, was left terrified after one of her viewers surprised her with a perfectly timed alert while she was walking through a forest by herself. 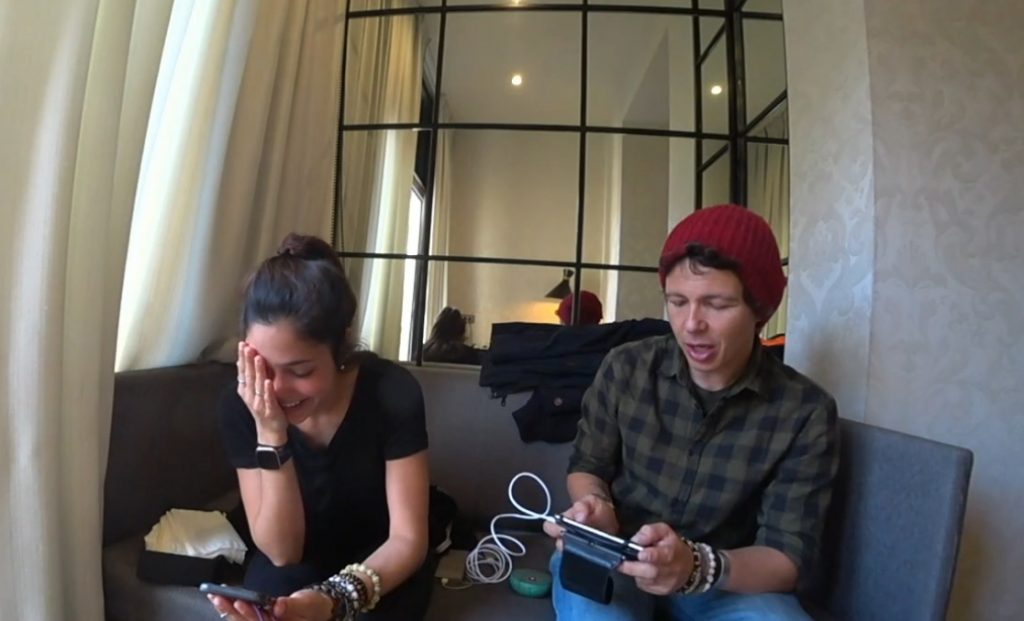 Like many others on Twitch, the IRL streaming channel ‘Awkwards_Travel’ has its own points system that viewers can build up by watching the broadcast over long periods of time.

The points can then be redeemed for different features and with many others on the platform, it is most commonly used by viewers to request a song to be played.

However, in the case of Awkwards_Travel’s journey, it would not be reasonable to play random songs during their IRL streams through places such as Singapore, so they allow fans to choose a small sound byte instead.

One of the streamer’s viewers took full advantage of the feature, trolling Tallulah in hilarious fashion by playing a Zombie noise from The Walking Dead straight after she heard rustling in the trees above.

Tallulah suspected that monkeys were likely to be found in the forest around her, “I hear rustling and stuff in the trees but I don’t see anything,” she admitted before being spooked by the alert.

“Who the hell did that?” the IRL streamer asked, after taking a few moments to breathe following the perfectly timed sound, “not again, oh my god! You almost made me pee my pants.”

It did not get any better for Tallulah, as she started to become paranoid after hearing what seemed to be a chainsaw in the distance, “Oh great, Texas Chainsaw is out here too, Jesus guys.”

Despite her initial panic, the backpacking streamer could not help but joke around about the jump scare after it happened, later calling out the viewer who pulled off the hilarious prank.