Babish experienced a meteoric rise through the saturated YouTube cooking content market after launching his film-and-TV-inspired recipe videos in 2016. Since then he’s been one of the most successful content creators on the site by mixing pop culture, humor, and easy-to-follow instructional videos to great effect.

Though since his rise to fame, the YouTuber has been exploring recipes from his other passions in entertainment which covers video games and Respawn Entertainment’s mega-popular battle royale.

In his October 29 video, Babish took on Mirage’s recipe for glazed pork chops which was “sneakily included in one of the game’s loading screens.”

Like many of his recreations, Babish starts out with a dish that’s true to the source material before giving his spin on the plate in hopes of improving it.

Though he found the first version of the recipe suspect since it required “15 grams of ground cloves.” He marched on to eventually tasting Mirage’s “unpalatable” dish which needed major upgrades.

Fortunately, Senior Writer at Respawn Entertainment Manny Hagopian had a “confession” about the original recipe.

“Confession: Mirage gave me this recipe in a dream,” Hagopian said. “But I screwed up [conversions] to metrics on the first run – thanks for the redemption call out [Babish]!”

#ApexLegends Confession: Mirage gave me this recipe in a dream, but I screwed up conversations to metrics on the first run – thanks for the redemption call out @BingingWBabish! Glad you liked the glaze! Glazed Pork Chops from Apex Legends https://t.co/FPUbJnxWRW #bamboozle

With revised recipe in hand, the second run went much better – seeing as the YouTuber was actually able to swallow a bite and even complimenting the flavor combinations. But improvements could still be made.

To start, Babish made a sweet potato puree to accompany the pork chops, along with the peppery-pineapple blended sauce for glazing.

After taking the piece of air-sealed meat out of its sous vide bath and preparing it with the glaze and puree, the 32-year-old cooking star was astounded with how the dish turned out. 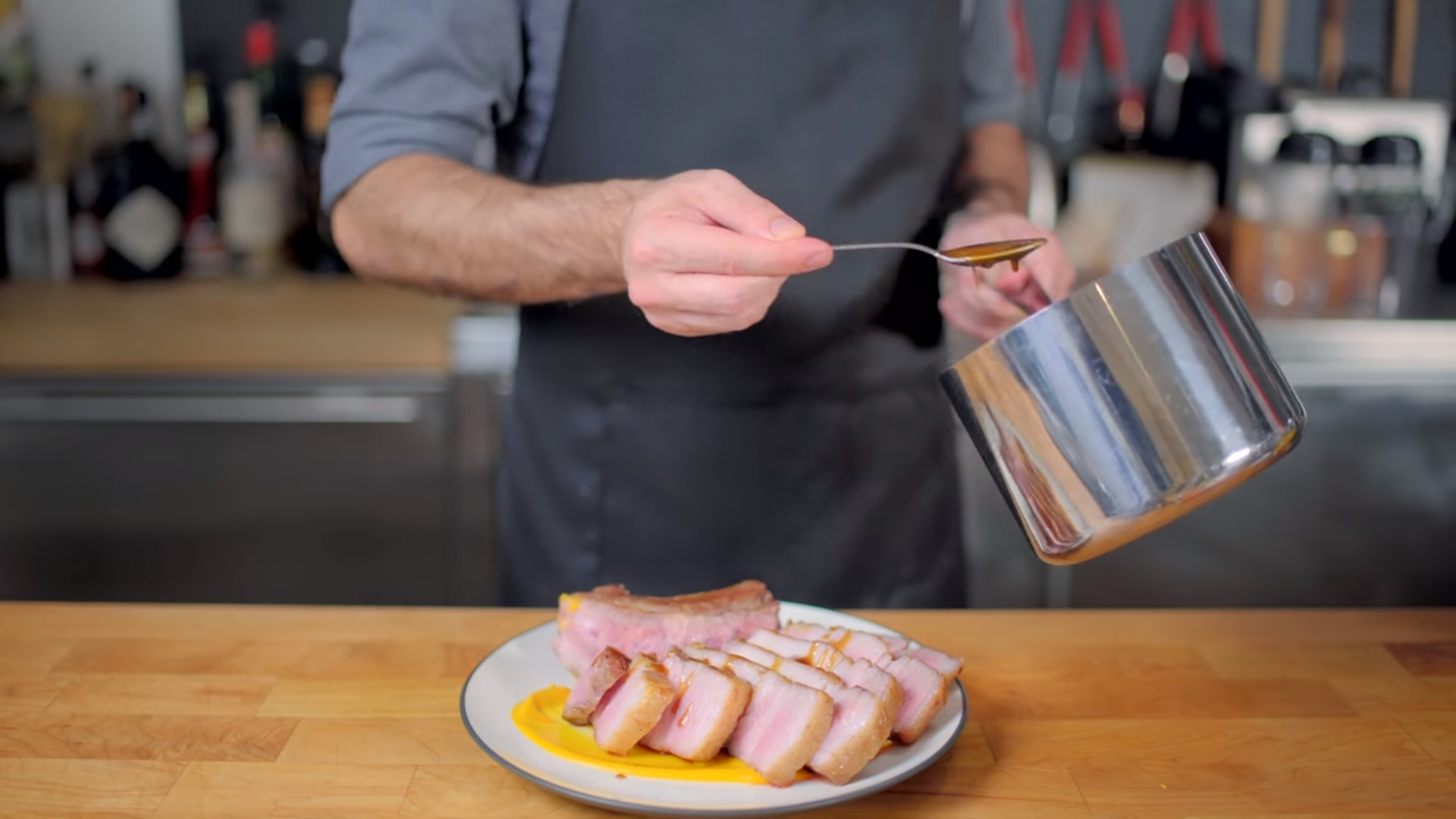 The third iteration of the recipe looked a lot better after Babish gave his twist to the dish.

“Somebody better call Ugly Delicious, because this [dish looks] ugly but oh my god it is delicious,” Babish said. “It ranks among, maybe, in the top 5 dishes I’ve ever made.”

With a few improvements, it looks like Babish was able to make a great dish from the Apex Legends recipe.