Actor and comedian Andy Milonakis has made quite the dent in the online streaming world of Twitch with his IRL broadcasts, but he didn’t expect to catch one man’s unfortunate epic fail on camera on August 19.

In-real-life broadcasts merge the outside world with a digital one, so it’s not unusual for streamers to catch the weirdest of human behaviours on camera from time to time. After all, life isn’t going to stop just because somebody is walking around with a filming device.

Actor turned Twitch streamer Andy Milonakis was broadcasting on August 19, when he unintentionally captured one man’s epic fail moment on camera and it’s nothing short of hilarious.

Andy was on vacation in Greece when he decided to stream his holiday, giving fans a glimpse into what Crete is like.

While he was relaxing by the pool with drinks and a cigarette, a man walking to the bar in the background was curious as to what the streamer was doing sitting in front of a camera, and turned his head to look.

Unfortunately for the bystander, he turned his head for a little bit too long and walked straight into a wooden beam, hitting his head. It was pretty hard too, judging by the big ‘BONK’ sound that echoed through the resort and the loud “OOOOH” that followed from people who witnessed the accident.

The comedian was blissfully unaware as to what just happened behind him, as he continued smoking his cigarette and basking in the Greek sun.

It’s hardly a shock that this isn’t the only time an accident like this has been caught on camera during a livestream, but one occurrence was particularly nasty.

During an IRL broadcast on June 22, streamer ‘EJipt’ was hanging out with friends as they took turns on a rope swing, using it to jump into a bay of water. Sounds like a fun time, right? Wrong. 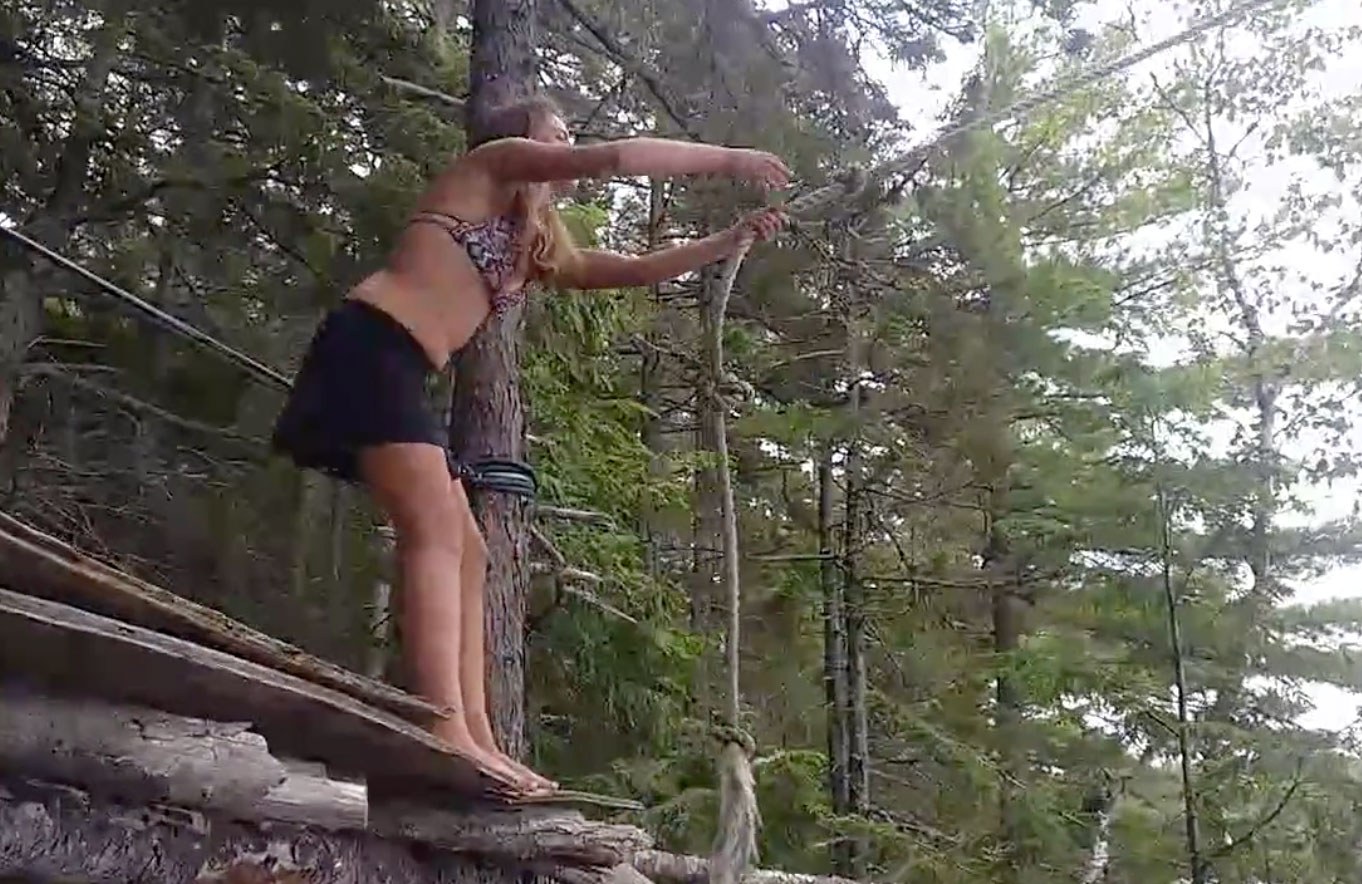 Ejipt and his friends were playing with a rope swing.

One of his female friends decided to take her turn on the swing, and the group instructed her on how to hold on correctly and how tightly to grip it.

Sadly, the advice fell flat as the woman swung and let go too early, faceplanting onto the shoreline and missing the water completely.

The streamer flung his camera down and rushed to her aid, ending the IRL broadcast early to make sure she was okay.

Luckily, Ejipt’s friend was okay, and he confirmed on Discord later that day that no serious harm was done.