All Elite Wrestling’s Kenny Omega made a spectacular entrance on the October 30 edition of Dynamite, appearing in a special Sans costume with an entrance inspired by the popular indie title, Undertale.

Omega is well-known among the wrestling community for his love of video games, and with AEW labeling their October 30 episode of Dynamite as a special Halloween show, ‘The Best Bout Machine’ took the opportunity to show his love for Undertale by dressing up as one of the game’s main characters.

Heading into a match with long-time partners The Young Bucks against Kip Sabian and The Hybrid 2, the Canadian went all out with his costume, walking down the aisle as Sans, who plays a major role in the game’s final stages. 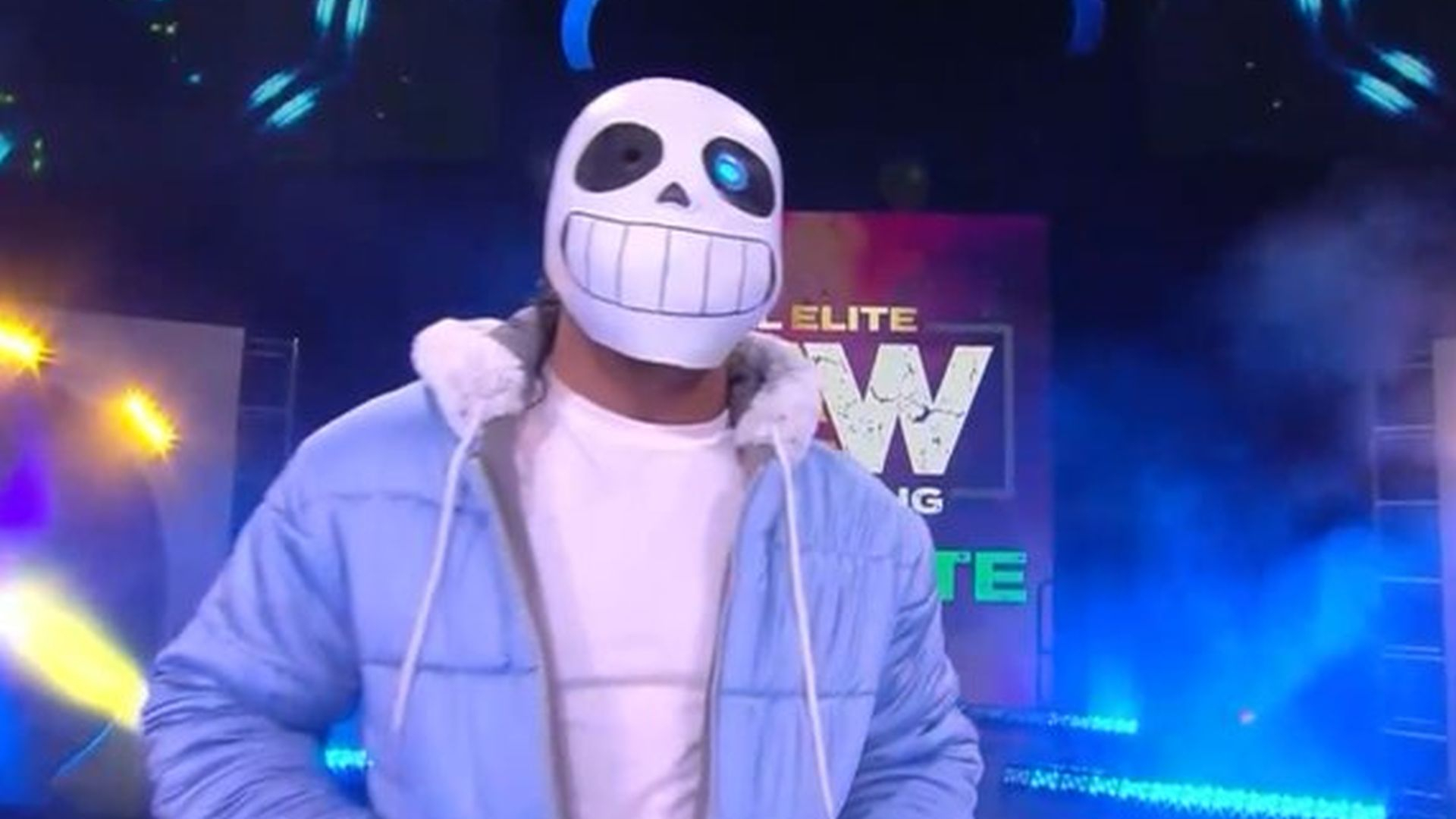 Not only did ‘The Cleaner’ dress up as Sans, but he even premiered a special 16-bit entrance video which was extremely reminiscent of the game, that took fans of Omega through his departure from New Japan Pro Wrestling.

The former IWGP Heavyweight Champion was a mainstay in the Japanese promotion, but left the company in January 2019, and the famous lion-mark logo of the company plays a significant part in the video, alongside the figure of former tag team partner Kota Ibushi, whose outline can be seen holding the G1 Climax trophy at the end of the clip.

The video showed the friends, accolades, and lifestyle that Omega left behind to return to the US, before switching to his regular theme song as he made his way down the ramp and into the ring. You can watch his full Undertale-inspired entrance below.

This isn’t the first time that Omega has showed his love for video games to the world, and not even the first time he has referenced Undertale, coming out to a similar entrance at Wrestle Kingdom 13 in Tokyo with a 16-bit video about his story with rival Hiroshi Tanahashi.

The costume proved to be good luck too, with Omega picking up the win in his AEW match with his ‘One Winged Angel’ finishing move, another video game reference linked to Final Fantasy VII.