It’s my pleasure to present the third edition of my CS:GO World Rankings report for Dexerto, breaking down exactly where some of the best teams in the world currently stand.

When I originally launched my CS:GO World Rankings concept in 2014 there were no other attempts at a global ranking, regularly updated, of the world’s top teams. Other rankings have since risen up and over time been tweaked to provide an accurate and reliable charting of the rise and fall of the many teams in the scene. What is lacking is an expert’s eye, to adjust for factors point-based systems cannot address, and explanation of the various positions.

As well as placings, the value of which is determined by the prestige of the tournament and the quality of the opposition in attendance, the opponents a team beats counts to their ranking. Teams who defeat Top 10 opponents, with the higher ranked teams more valuable scalps to claim, help determine their overall ranking and break ties with other teams who have similar kinds of placings. Likewise, victories in Best-of-3 (Bo3) series are of more value than Bo1 results and a single map won in a series over teams of a similar level. Unlike past editions of my rankings, I will also list the victories teams have had over ranked opponents. 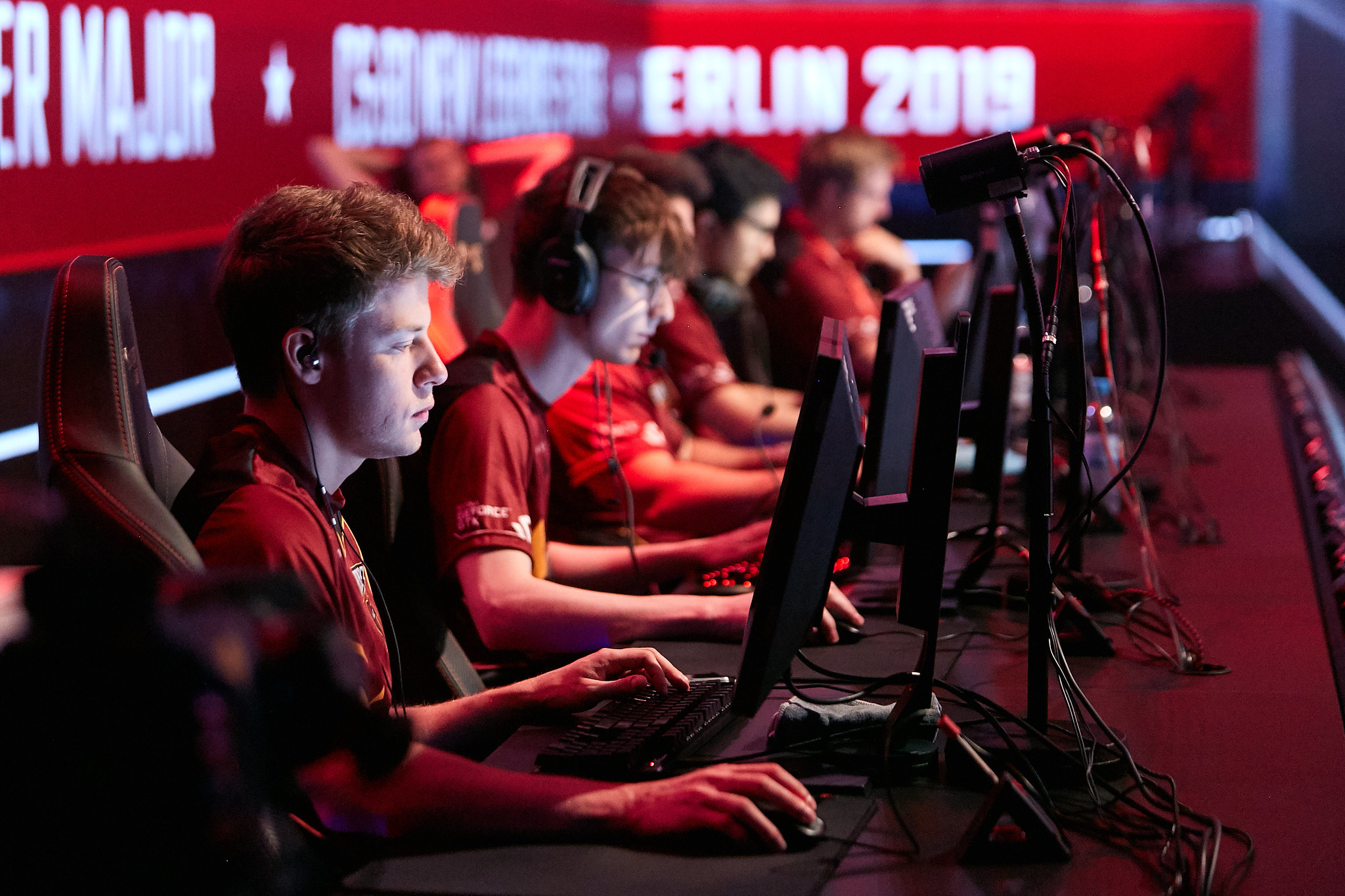 Renegades were pretty crap coming into the major, but showed a surprisingly strong level of overall form from the beginning of the New Legends phase right through until their semi-final against AVANGAR. Top four at a major is a big deal for Renegades and the rankings, though it can’t do more than get them a ranking for now. Are the Aussies ready for another run up the rankings in the coming months? They have some nice series wins loaded up that will last a while yet. 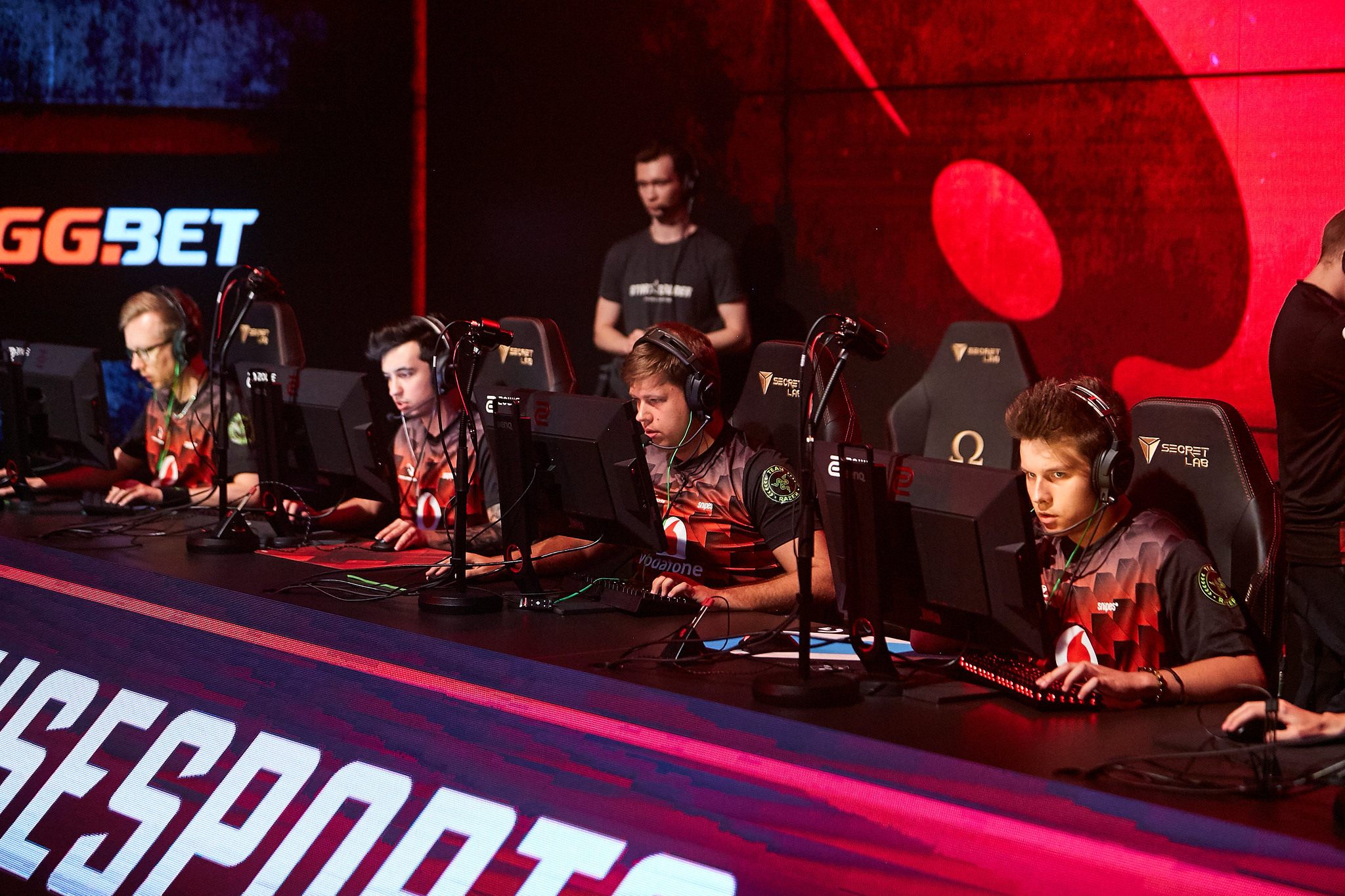 mouz looked to have real potential to make the play-offs in Berlin, but their Bo1 results ended up costing them and leading to a murderer’s row of opponents in Bo3 play. Nonetheless, they added a series win over G2 and a bo1 over North. mouz still haven’t delivered a performance to prove they can challenge for titles, but they continue to gradually put placings and wins on the board. 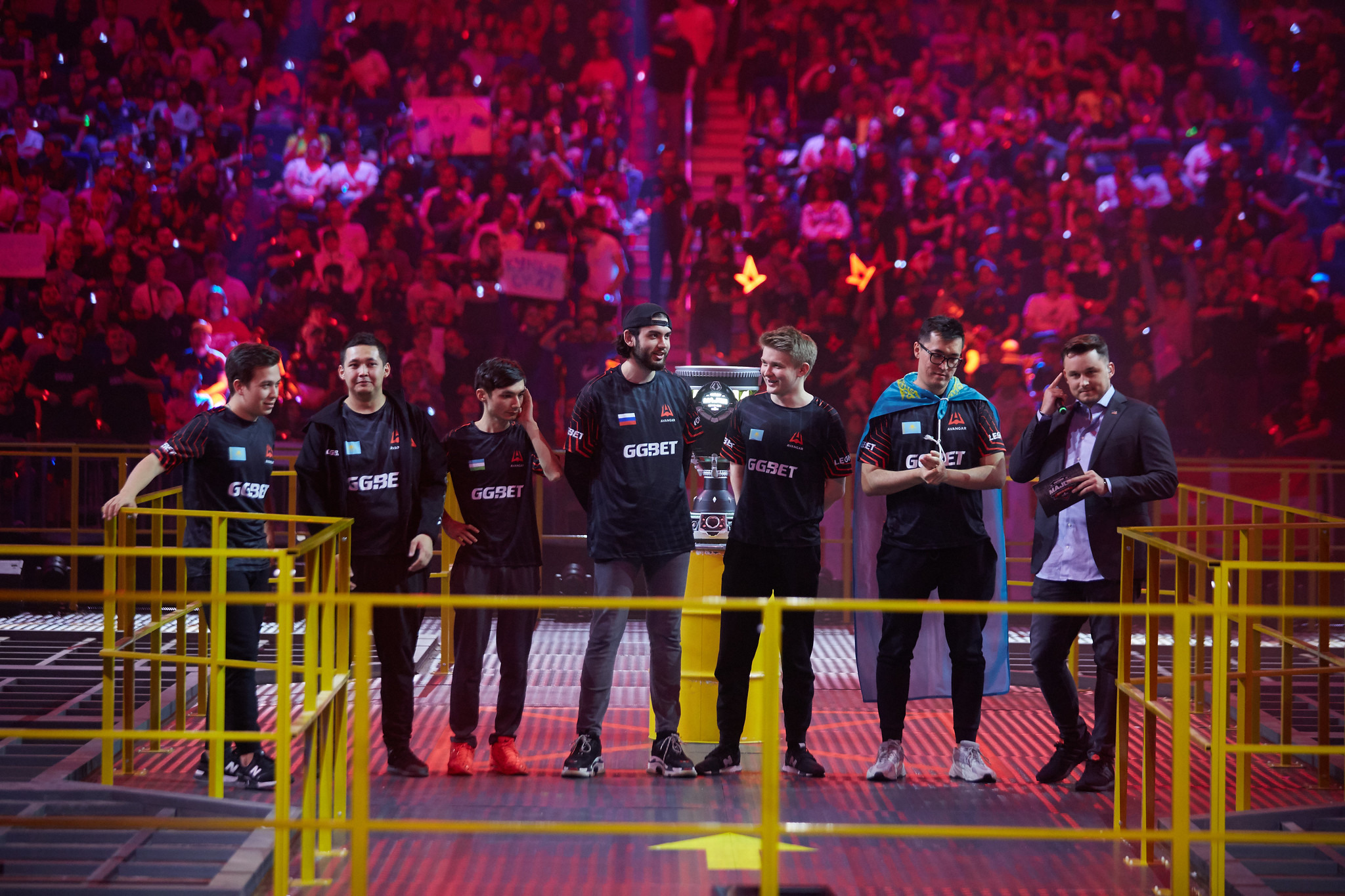 AVANGAR shocked the world to an extent nobody could have predicted coming into the tournament, including the players in their team, one imagines. The same squad failing to make play-offs at Dreamhack Summer, losing a Bo5 to FURIA on LAN and barely squeezing into the second phase of the major, overcame all odds to not just reach the play-offs but run all the way to the final. A single ranking doesn’t make a team world class, of course, and so that run is reflected in AVANGAR “only” grabbing eighth in these rankings.

It’s also worth noting that the only ranked wins they got were Bo3s vs. G2 and Vitality and a single map over TL. Without more ranked wins, it’s difficult to justify pushing AVANGAR up much higher. 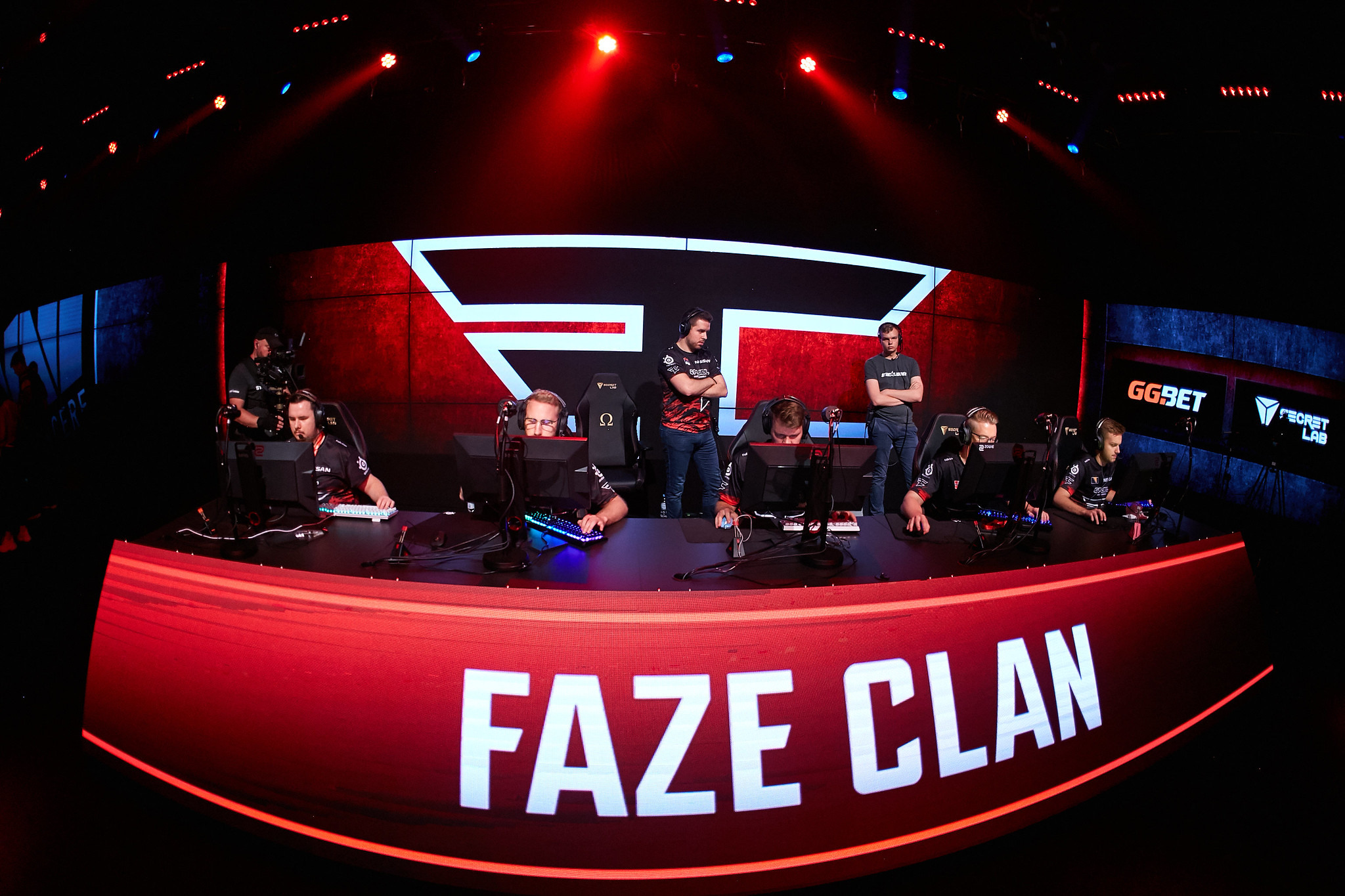 FaZe were entirely underwhelming at the major, yet still don’t move in the rankings. As other teams have seen their big results of the summer disappear, FaZe still have some solid placings next to their name. The major only added a map win against mouz, but FaZe’s now old line-up still crack a top 10, even if they are far from the everyday level of some of the teams ranked above them. 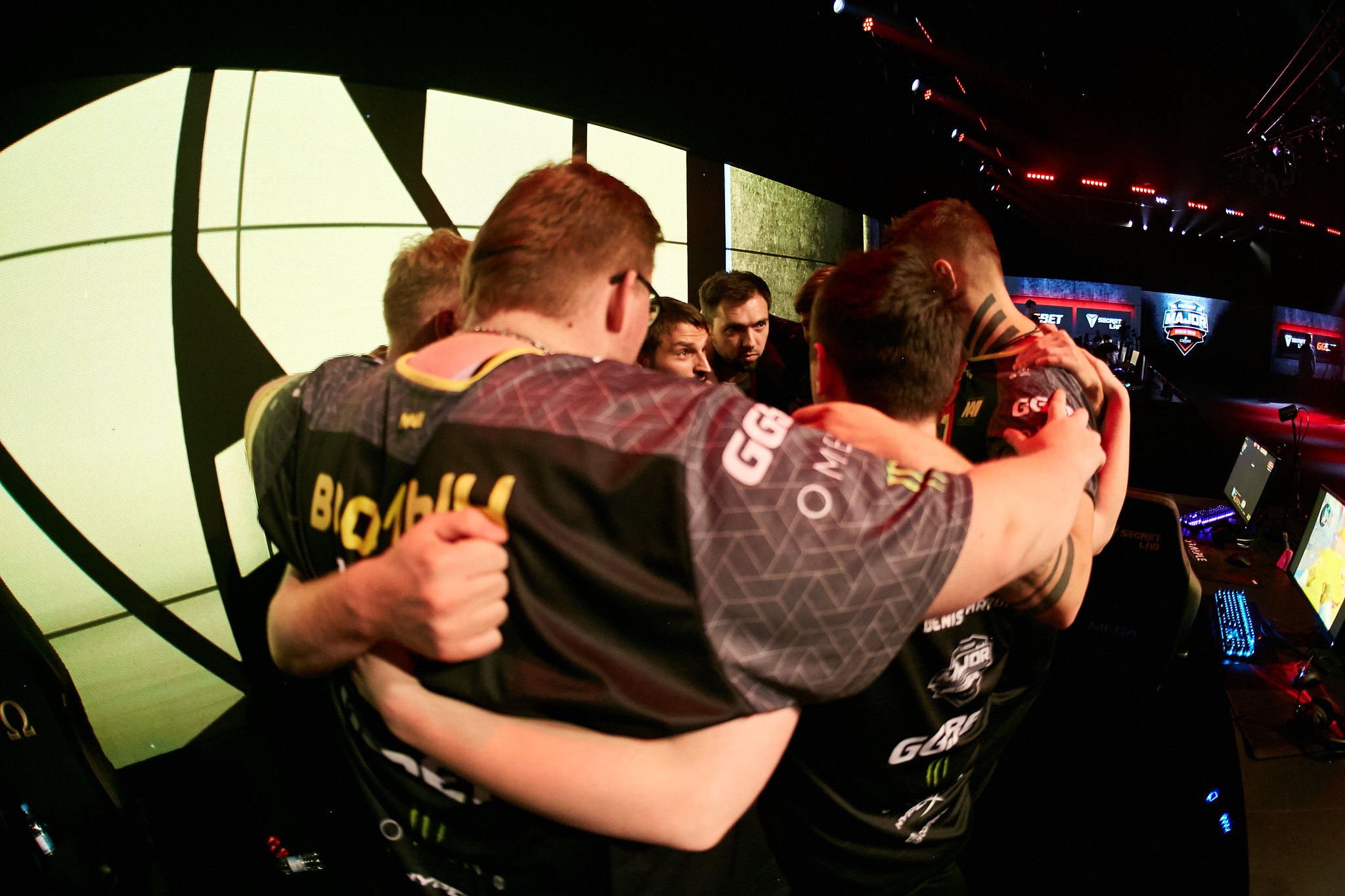 A welcome return to the rankings for Na’Vi came along with them finally returning to something resembling activity. There were some slip-ups in Berlin, but they did manage to make the play-offs. No ranked wins were added, but Na’Vi’s top four in Cologne and top eight in Berlin are enough to secure them a strong ranking all the same, with the player break greedily eating up some of the competitive window. As they move to a line-up without Zeus, some big results will be needed soon if Na’Vi want to again be a contender in this game. 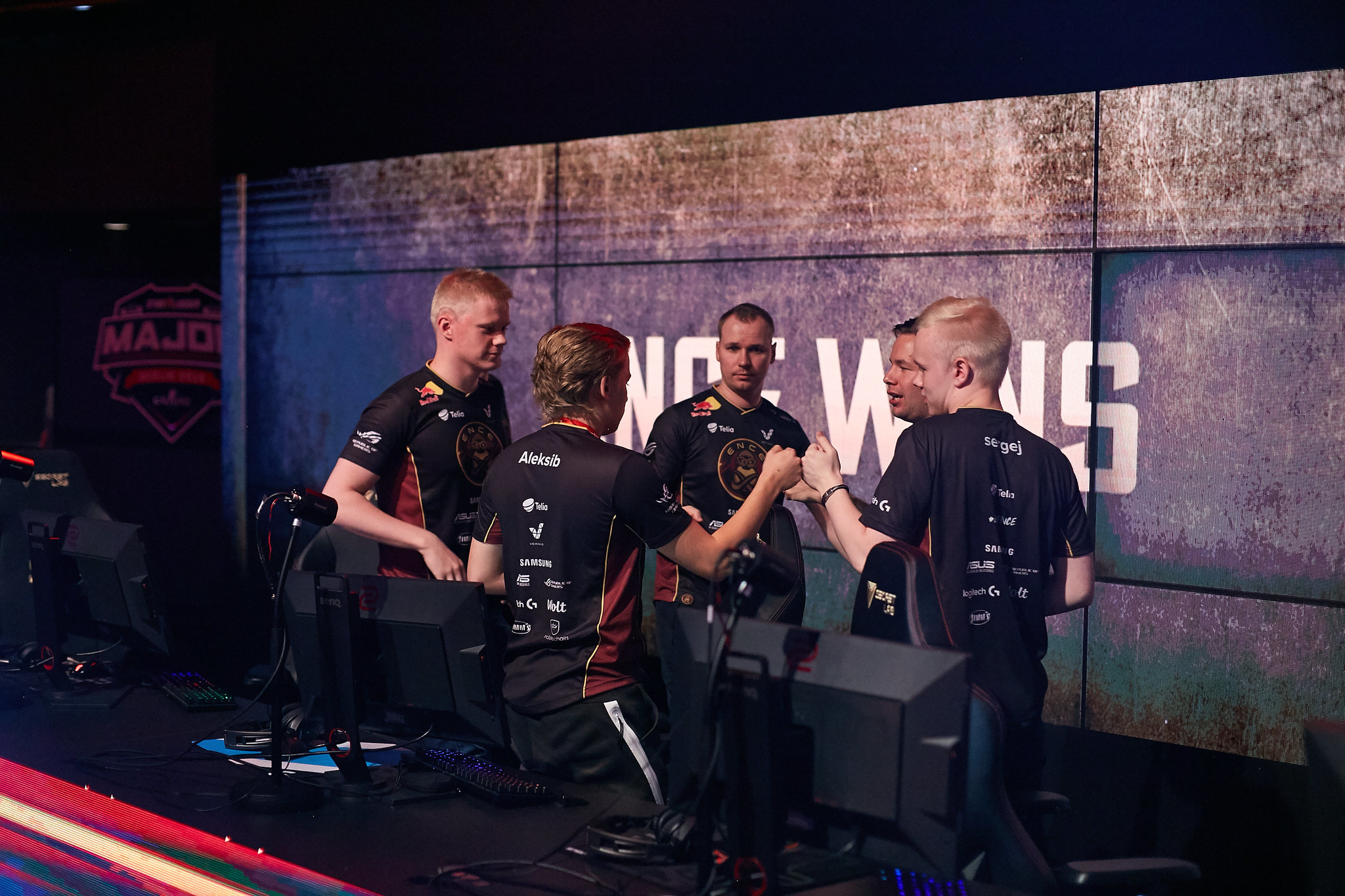 ENCE came into the major with a dead roster walking, having announced the benching of Aleksib before the event had even concluded. Nonetheless, they managed to beat Vitality in a Bo3 and 3:0 their way into the play-offs. Given one of the easiest looking brackets in history, they somehow lost to Renegades immediately and disappeared from Berlin. With the strong form of earlier in the year fading quickly, ENCE still remain a solid team, but far from the contenders they were only a month or so ago. They fall from S Class status as we await their new line-up. 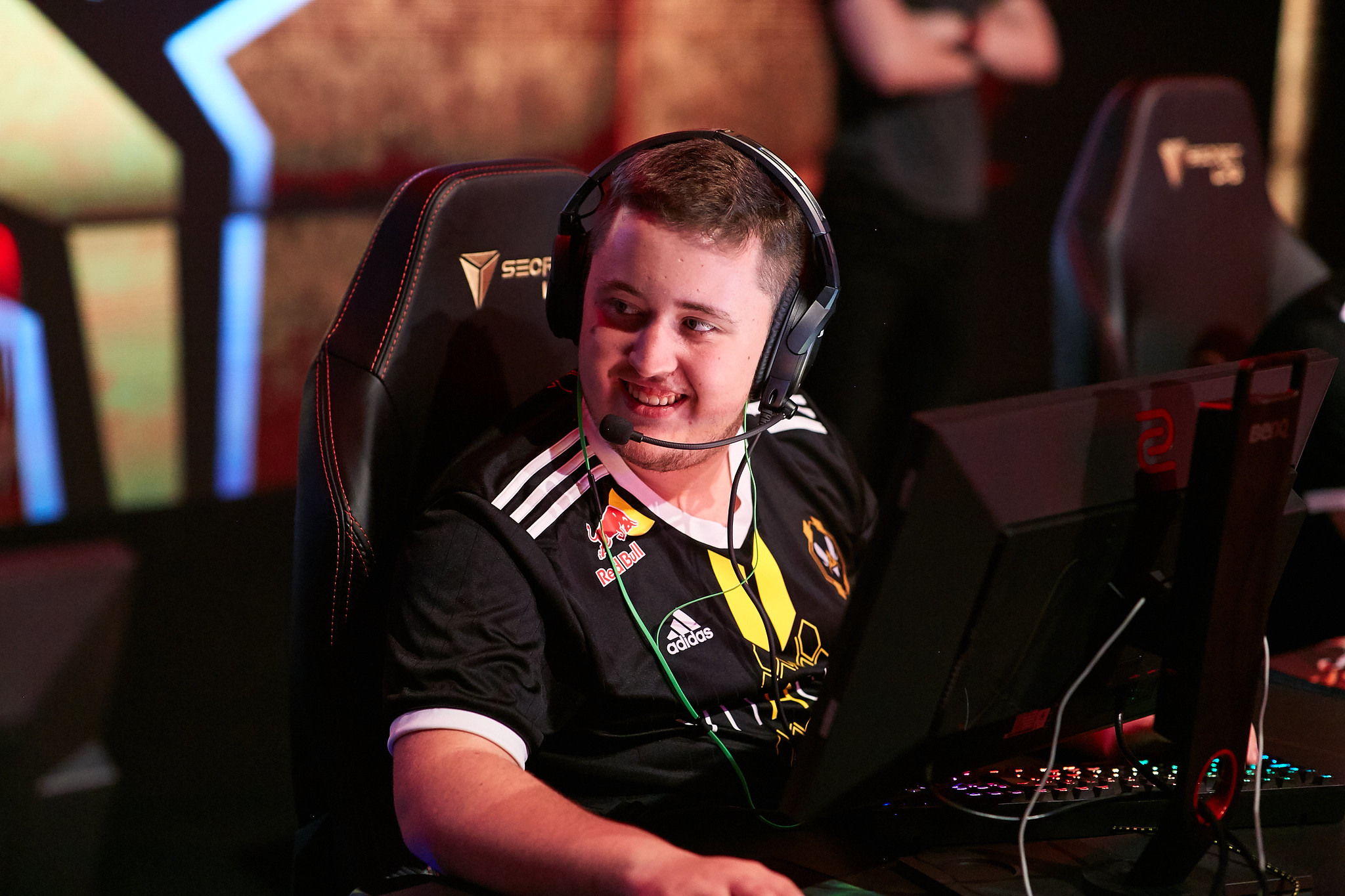 Vitality’s stumble in Chicago was followed by a massively underwhelming quarter-finals performance at the major. Under other circumstances, perhaps one could have forgiven such a placing, but they were playing an AVANGAR far below them in the rankings and with a seemingly wide open run to the final if they had not been slain so early. Vitality are already making moves to change their roster, so sadly the Vitality of the summer is now to be consigned to history and we look ahead to see what the new line-up can do with a decent resume to bolster their initial campaign.

A series win over mouz and a few single map wins are nice enough to add, but Vitality have seen all of their titles fade into the irrelevant past. 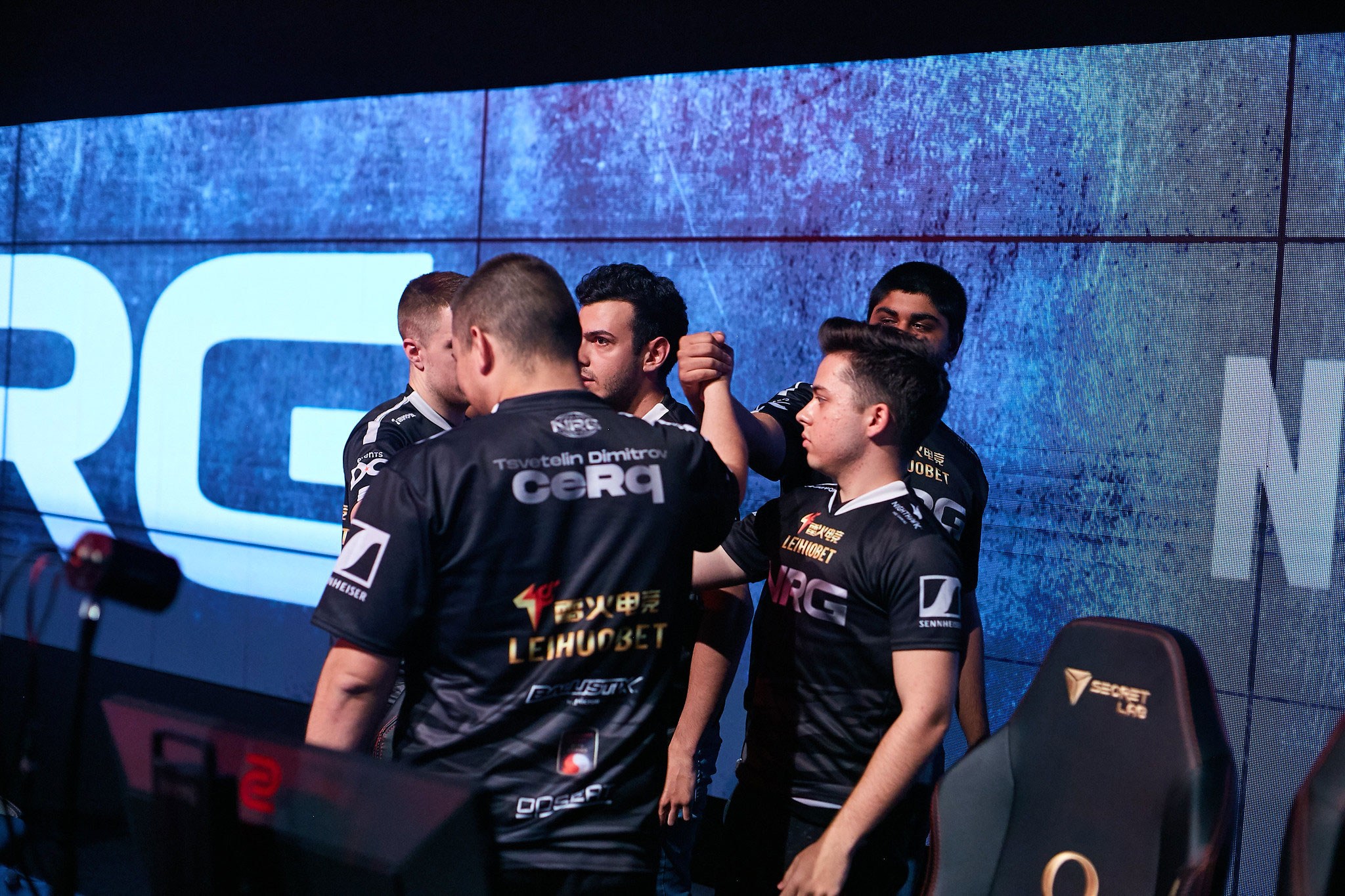 NRG were already breathing down the necks of the world’s best teams, but at the major they delivered on the promise stanislaw’s history made. Bringing in the fragging IGL saw them beating Astralis, who went on to win the major, in a Bo3 offline and also take down Team Liquid in a bo1. Sure, NRG later fell to Astralis when it mattered most, in the semi-finals, but they looked in form to win the tournament out-right had they somehow gotten past the Danes.

The major may just be one tournament, but for now NRG move into the S Class of competition. There is much to be proven at ESL New York, but also much potential. Their recent form also sneaks them past Vitality and into the top three. 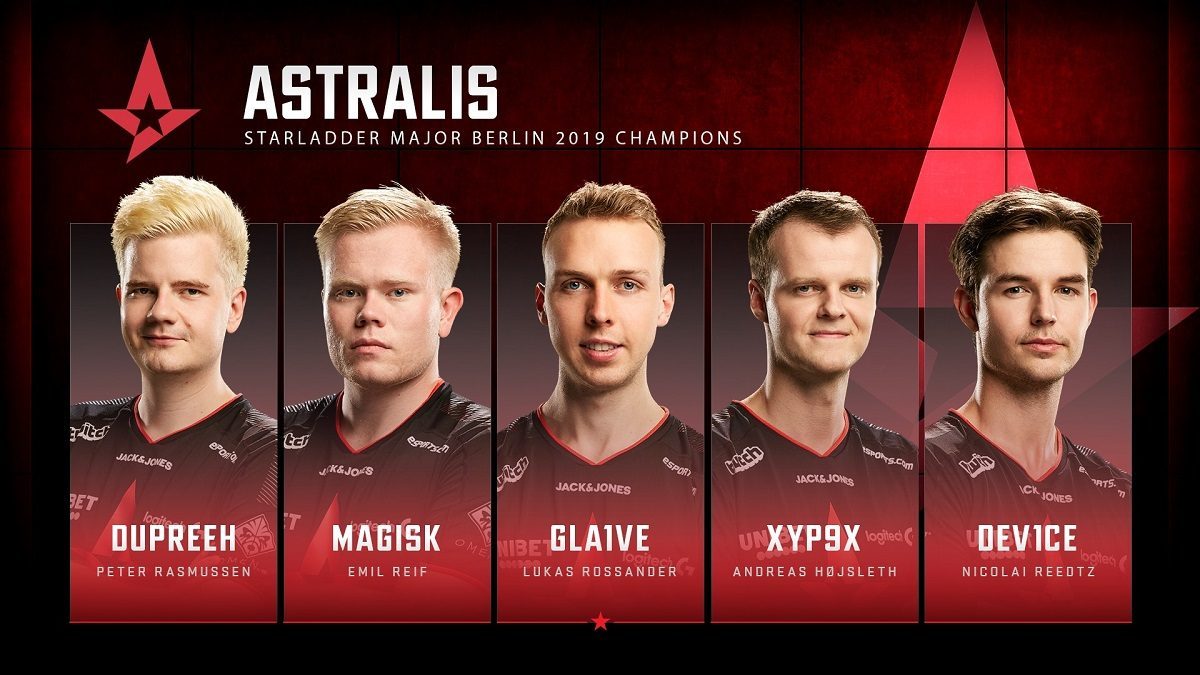 Astralis’ epic return to championship form arrived just in time for the play-offs of the major and saw them continue their incredible streak of sweeping major play-off series that goes back to over a year ago. Winning the major itself edged Astralis ahead of Vitality for the second spot, as the French team failed to “hold serve” and make any kind of a dent in their side of the bracket. Astralis having less big series wins is less of a factor than out-placing the French at the major by so much. All the same, Astralis add a big Bo3 win over TL and a strong series win over NRG too.

As more of the summer results disappear, Astralis have the best possible single tournament result to establish potentially a strong run at number one in the coming months. TL still very much start with a big lead, for now, though. 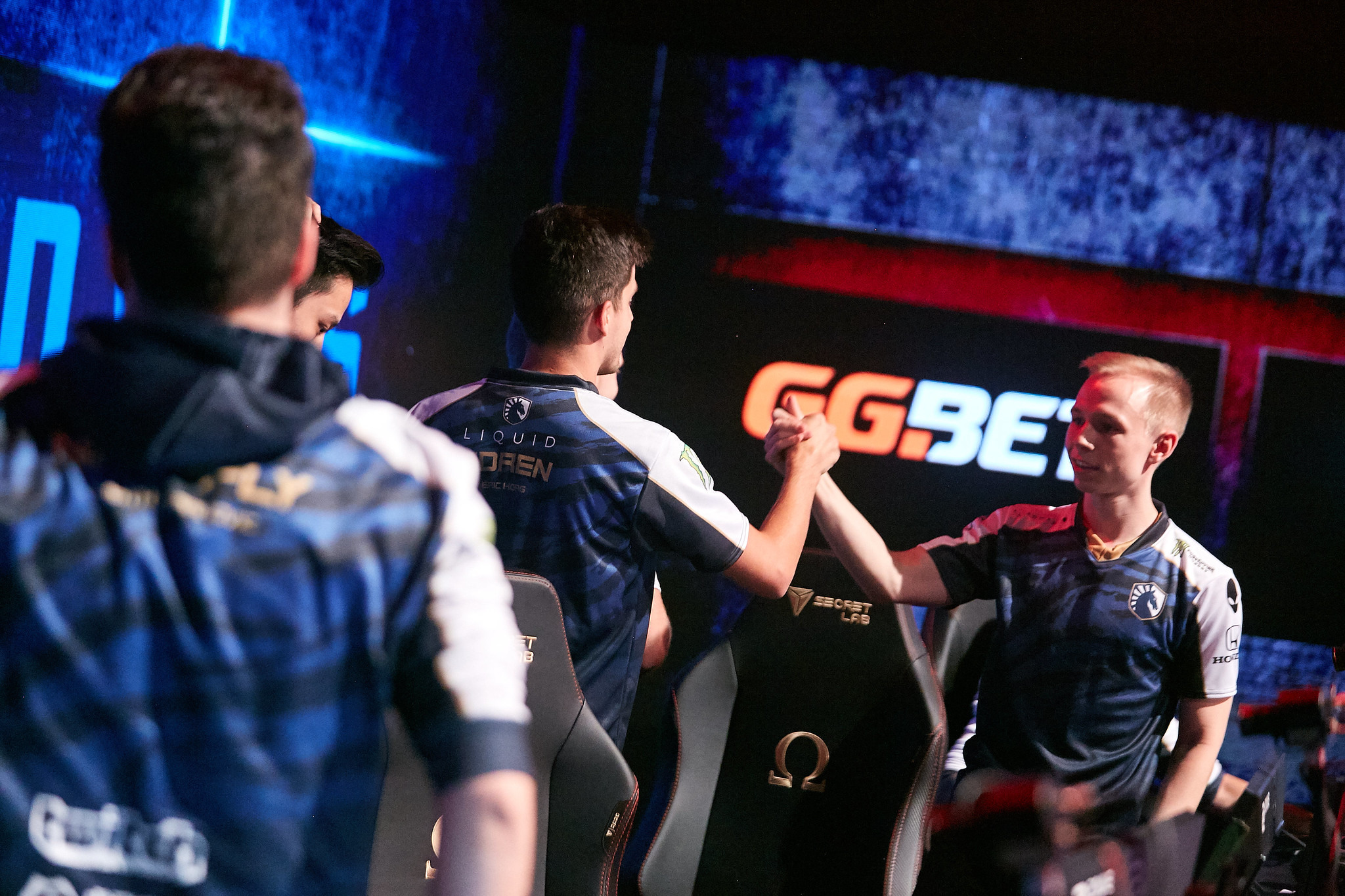 Failure at the major halted their epic march towards challenging for the best team in history, but it could not unseat TL from the top spot in the rankings. Even with the early portion of the summer’s results coming off the books, TL have a bunch of titles and a resume of wins nobody in the game can fuck with right now.

A video feature will be coming in a few days which summarises this top 10 and explains the placings in more detail and with more direct contrasts of teams competing for spots.