Members of the “original” OpTic Gaming CS:GO roster have explained why the competitive scene is “oversaturated”, and how it is potentially damaging CS:GO’s competitive landscape.

Will ‘RUSH’ Wierzba, Tarik ‘tarik’ Celik, Keith ‘NAF’ Markovic and Damian ‘daps’ Steele appeared on Hector ‘H3CZ’ Rodriguez’ Eavesdrop Podcast on June 10. RUSH was not on the original OpTic roster, but features in the podcast regardless.

They discussed many aspects of competitive Counter-Strike, including the potential of franchising and the likelihood of Valve incorporating crowdfunding into the competitive scene, in a similar manner to DOTA2. However, a key topic of discussion was the “unhealthy” and “oversaturated” nature of the scene at present. 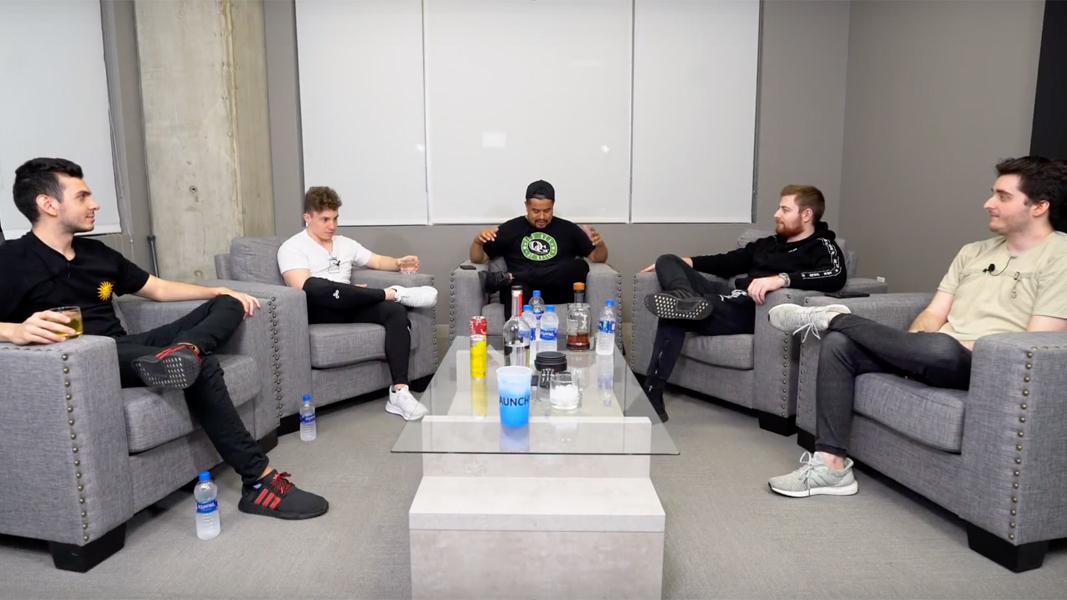 The group joined H3CZ while in Dallas for the latest DreamHack tournament.
[ad name=”article2″]

The discussion was brought about by H3CZ, who, talking about their famous ELEAGUE victory, stated: “[We were] only able to enjoy our trophy for one week, that’s not healthy – it can’t be healthy.”

He went on to suggest that more successful teams, like Astralis, will benefit from the high frequency of tournaments, but the less dominant teams and the wider professional scene may suffer because of it.

“That’s a problem for sure,” RUSH quickly agreed. “No-one really cares about these tournaments, except for the majors, I feel like. Majors are what matters most. These random DreamHacks and stuff like that, I like going to them, but I feel like, to the fans, it doesn’t matter that much.”

On a similar note, tarik argued that certain games lose their appeal, because they occur so frequently due to the high volume of tournaments. “There is prestigious events out there,” he started. “But it does get old, seeing like Liquid vs Cloud 9 or Fnatic vs FaZe, like you see it all the time.” However, he did say that the smaller tournaments can be used to build confidence.

Daps was more hesitant to agree, saying that he felt the major tournaments have “fallen down a little bit in scale, compared to other tournaments because every tournament is big.” He suggested that an increase in prize-money and ensuring all the major teams attend could stop people losing interest.

Astralis, one of the most successful rosters of all time, are an example of a team who have recently skipped tournaments, for varying reasons.

NAF was the final member to give his opinion, stating that the high frequency of tournament can exacerbate roster issues. “C9’s been going through roster problems,” he said. “There’s no time to fix [them].”

RUSH, who currently plays for Cloud9, agreed, saying that, before Miami, they had 4 days to prepare with the new roster. However, he did say that as a professional player it is “hard to say no” and skip events, particularly with the draw of prize money.

While CS:GO certainly has one of the largest esports fan bases, there is clearly concern that interest could be lost due to the high frequency of tournaments and the “over-saturated” nature of competition.