Brazillian team FURIA surprised many when they managed to beat Danish powerhouses Astralis twice at ECS Season 7 Finals, before knocking out North on their way to a showdown against Team Vitality in the grand finals.

Following FURIA’s loss to Vitality, m0E called out arT for what he felt was an easily-countered playstyle, stating that the way he plays cost his team the match. 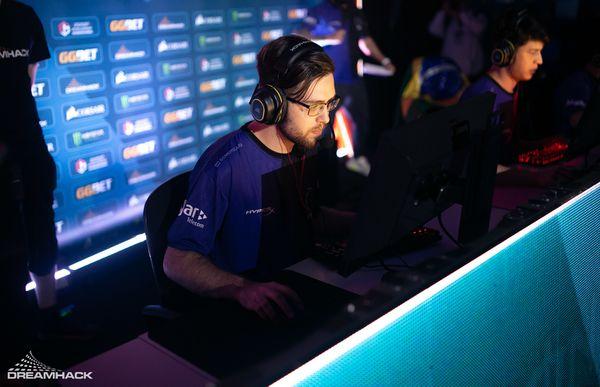 In a now-deleted tweet, the former CS:GO pro player wrote that he felt “Art [had] consistently lost them rounds by doing exactly what Vitality [expected].”

The Brazilian didn’t agree with m0E’s evaluation of his playstyle, though, responding that even though he dies a lot in matches, his deaths serve a purpose and he has no intention of altering his behaviour if his team is still beating other top squads.

“I create space and opportunity so my team has a better chance of winning the round,” wrote arT. “It’s only noticeable when it goes wrong, I don’t blame you for that, but as long as we are beating Tier 1 teams with this mentality, I’ll be dying somewhere.”

I create space and opportunity as much as I can so my team has a better chance of winning the round. It’s only noticeable when it goes wrong, I don’t blame you for that. But as long we are beating Tier 1 teams with this mentality, I’ll be dying somewhere. Peace m0e :punch::skin-tone-2:

M0E admits that it is sometimes hard to tell from the outside looking in, but felt that arT needs to make adjustments, especially when it’s going wrong “round after round.”

He did later conceded that he was wrong in his original assessment that the Brazilian cost his team the match though, and wished him the best of luck in the future.

I respect your thought process, but when it's going wrong round after round with no adjustment on your part it hurts the team more than the benefit of possibly getting the first kill. I understand that I'm from the outside looking in and it shows more.

Deleted my tweet i was wrong bout ART. wish him and his team luck in the future hopefully they stay on the right path

FURIA’s impressive run at the ECS Season 7 Finals came to an end when they squared off against French squad Vitality, who swept the Brazilians in a best-of-three to secure the trophy, and the $225,000 grand prize.

FURIA will return to compete in Europe in July, when they compete at ESL One: Cologne 2019.