BLAST Pro Series Copenhagen was packed with top tier CS:GO teams battling for the biggest share of the $250,000 pot, culminating in an epic Grand Finals.

There were plenty of surprises in the two-day event. Tournament favorites Astralis were eliminated from Grand Final contention, along with the American powerhouse Team Liquid – opening the event for other teams to shine. 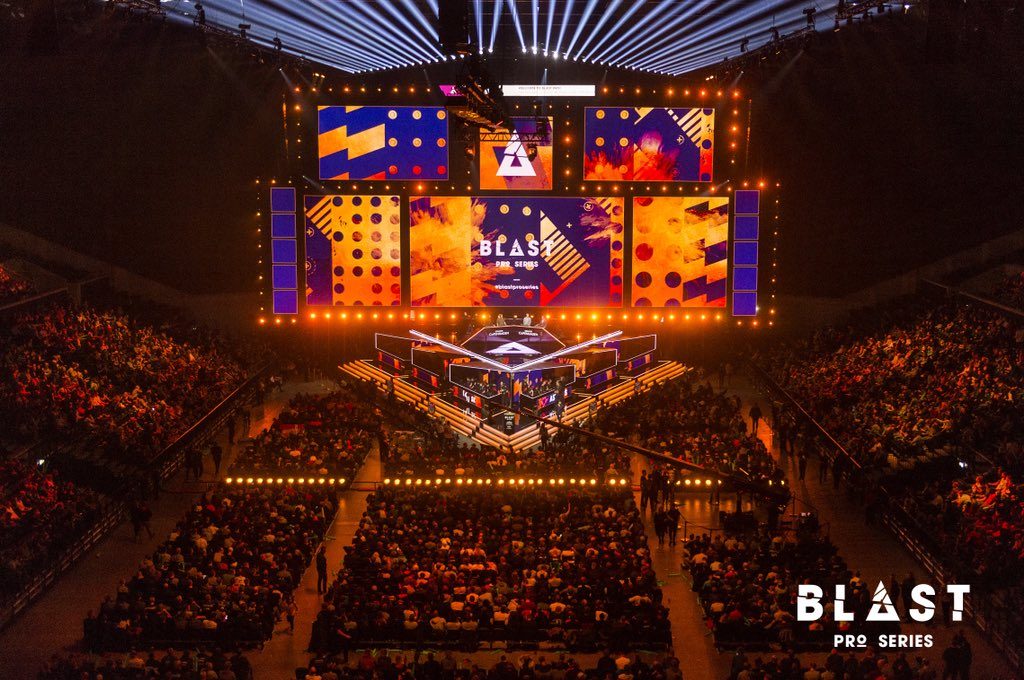 The Royal Arena was the setting for a classic Grand Final between FaZe and NiP.

NiP face off against FaZe on Nuke

The Grand Finals at the BLAST Pro Series Copenhagen featured a resurgent Ninjas in Pyjamas against FaZe Clan, whose star power is starting to work on all cylinders led by Brazilian superstar Marcelo ‘coldzera’ David.

The first map of Nuke was a slugfest between both sides, as NiP went on a six-round streak after the opening gun round.

But FaZe battled back in the first half to eventually get an 8-7 lead going into the second half.

Where the first half was a battle of back and forth, the second half was dominated by momentum as NiP came out with guns blazing to push FaZe to the brink 15-8.

Here’s where FaZe’s huge investment in veteran starpower came into play: Where most teams would crumble with their backs against the wall, the lineup comprised of cold, Nikola ‘NiKo’ Kovač, Olof ‘olofmeister’ Kajbjer, and Håvard ‘rain’ Nygaard held their nerve when it counted the most.

NiP couldn’t get that last round they needed to strike first blood in the best of three series, giving FaZe space to roar back to life by stretching seven rounds in a row to force overtime. 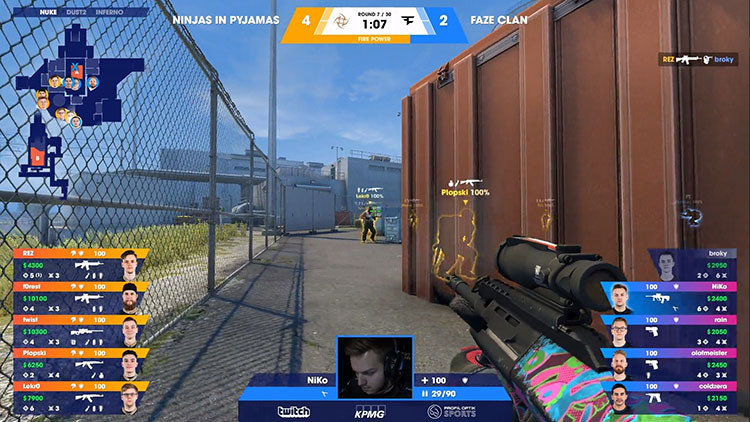 Neither team were relenting on the first map of Nuke.

Since it was the Grand Finals, the BLAST Pro Series demanded the overtime to be played out, contrary to group play.

Both teams turned back to the brawl-style of CS seen in the first half of regulation, but it was FaZe to outlast the Swedes, taking the first map of the series 1-0.

A classic duel on Dust II

CS:GO fans were in for a treat on the second map, as pressure was applied to both sides. NiP needed the map to stay alive in the series, and FaZe were looking to finally pull out an event win since their previous BLAST victory at Miami.

The battle that swung the first half of Nuke back-and-forth happened throughout the entirety of Dust II, as neither team wanted to concede an inch to their opposition.

Both teams traded small shifts of five-round streaks, then six-round runs – but it was FaZe Clan led by rain who had 25 kills on the map with a server-high 108 ADR (average damage per round) who had the last laugh. 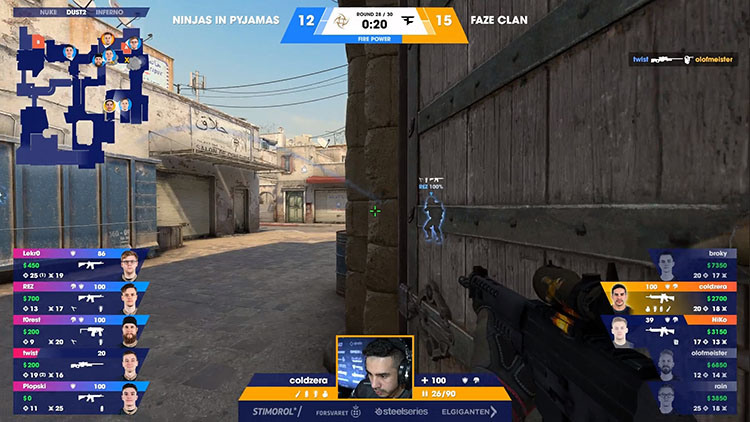 Coldzera was ruthless in the Grand Finals against NiP.

It should be noted that coldzera demonstrated exactly why he was brought onto the team in the last round of Dust II.

FaZe has needed a closer for a long time, and it was on this last round when NiP were on a 5v2 advantage that they needed cold to activate.

When it seemed like the Swedes were going to extend the map, cold shut down any chance of a comeback getting a triple kill and a flash assist for niKo that closed out the series 2-0. 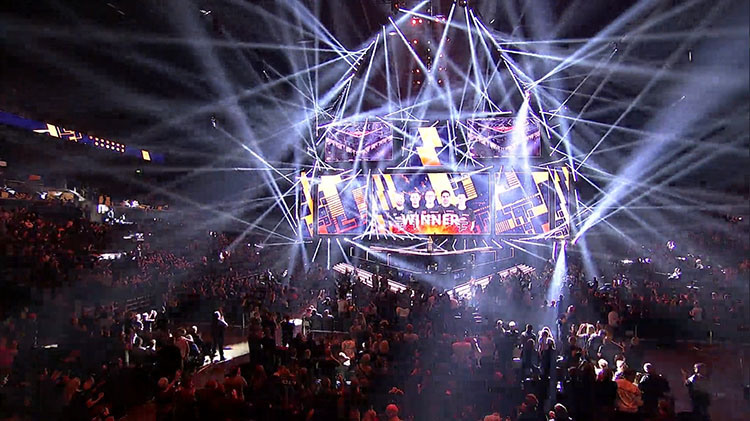 FaZe claimed their second BLAST event of 2019, and their first with coldzera.

Cold’s heroics throughout the title match earned him the Grand Finals MVP award, as well as his first event win with his new team.