CS:GO: Is this the luckiest Deagle shot in history? - Dexerto
CS:GO

CS:GO: Is this the luckiest Deagle shot in history?

A Counter-Strike: Global Offensive player showed off what could be the luckiest Desert Eagle shot ever.

CS:GO is one of the most popular first-person shooter games in the world. In the game’s competitive mode, two teams of five compete to attack and defend bombsites. Generally, the team with the best aim and teamwork wins, but sometimes all it takes is a little bit of luck.

In a clip shared on July 31, one player was blessed with an incredible amount of luck as he turned a round on its head with an unbelievable Desert Eagle shot. 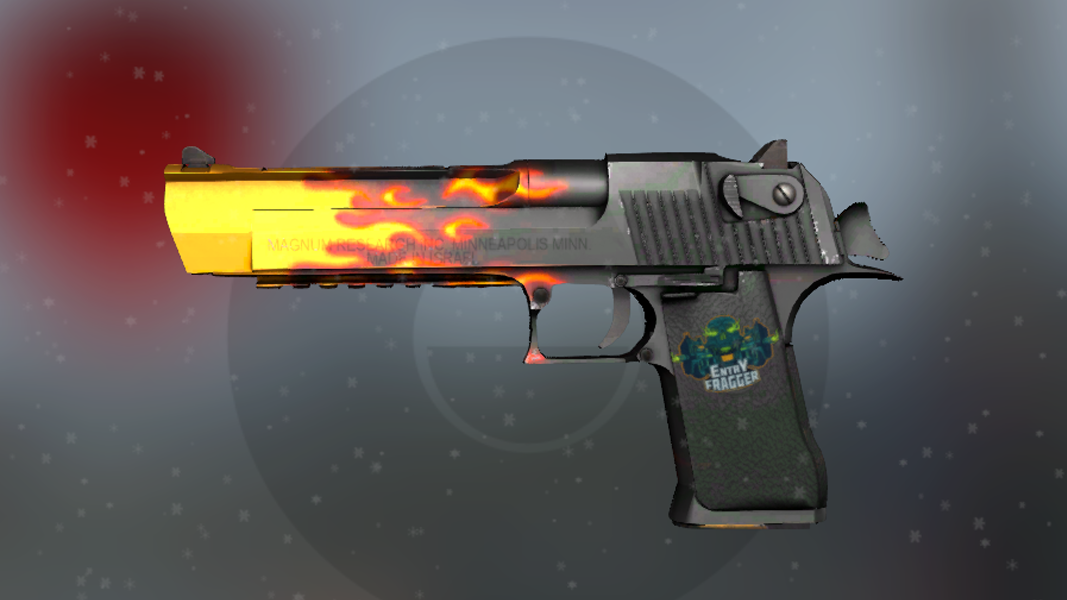 It started on Mirage as the player was moving to the A bombsite from the Counter-Terrorist spawn. There was a smoke grenade in the way meaning he was blind, but he ran through the smoke anyway and took cover behind a small wooden ticket office.

Armed with only a Desert Eagle and a dream, he aimed towards the bomb site and began to shoot through the wooden structure. One shot, two shots, three shots, nothing. Then the fourth shot hit, and miraculously, two enemies fell.

Some what lucky… from r/GlobalOffensive

He hadn’t seen or heard anyone, but, out of nowhere he was able to take down two opponents with one bullet and completely change the course of the round.

The clip was posted on the CS:GO Reddit, and the community couldn’t quite believe it either. One user replied “At least two reports were submitted immediately”, joking that the lucky player would have been suspected of cheating. Another wrote, “Oh wow dude. That’s god-tier luck right there.”

The community joked that his opponents would have been convinced that he was hacking due to those shots, and of course, appreciated the amount of luck that this took. Chances are a one-in-a-million shot like that will never happen again.