A Death Stranding cosplayer hilariously brought Sam Bridges to life during a recent Twitch stream, largely thanks to the help of her pet.

Hideo Kojima’s first release since an ugly split with Konami in 2015, Death Stranding released for the PlayStation 4 on November 8 and has since proven to be one of the most divisive video games of the generation.

Despite being a brand new release, that hasn’t stopped avid fans around the world from dedicating their efforts early on and designing impressive costumes right out of the gate.

In a November 9 broadcast, this Korean Twitch streamer stepped into frame wearing a full-body costume and took things to the next level by including her pet dog in the design.

Wearing a backpack with a clear front, she amusingly placed her dog inside in order to replicate a Bridge Baby from the game.

Not all too concerned with what was happening, the dog quietly sat in front of the camera and the ingenious cosplay was pulled off without a hitch. Testing the costume out in public however, might be a completely different story. 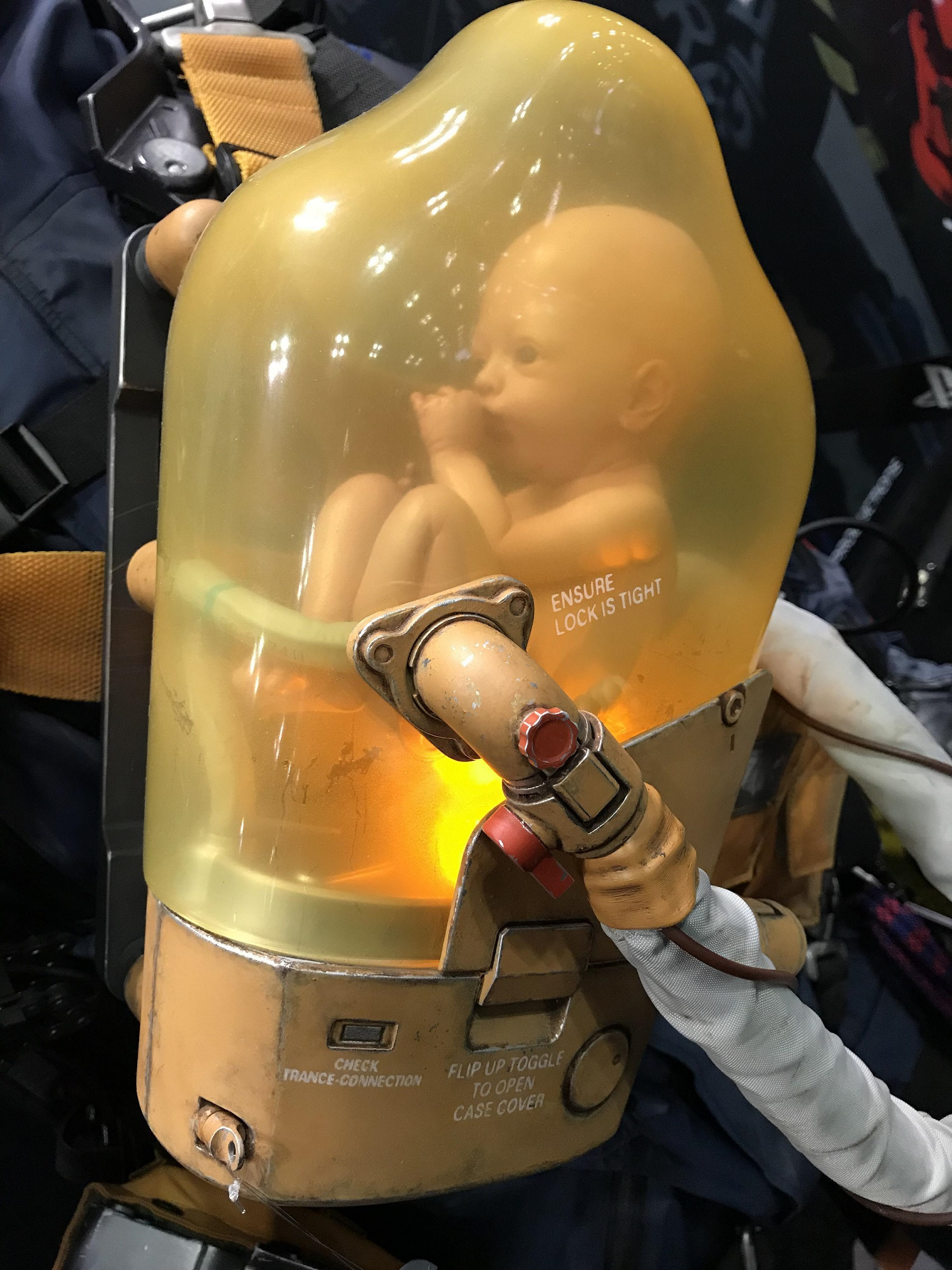 The collectors edition of Death Stranding comes with a 1:1 scale Bridge Baby for all your cosplay needs.
600[ad name=”article3″]

While obviously the centerpiece of the remarkable costume was the baby upfront, a good amount of effort clearly went into attaching the BT scanner over her left shoulder as well.

Additionally, she even went as far as to don similar facial hair to that of Norman Reedus, completely committing to the character for her viewers watching along.

In Death Stranding, a Bridge Baby is utilized to connect with ‘the other side’ and sense nearby threats that might cause the protagonist a spot of bother.

Keeping your companion happy is the key to success in difficult scenarios so this streamer should make sure to keep a close eye on the condition of her pet at all times. Maybe feed it some snacks so it doesn’t bark and alert nearby enemies.

With Death Stranding having only just released it’ll be interesting to see if this cosplay trend continues to pop up in various forms on the internet.

The cosplay community has brought some memorable creations to life recently, from this unique Pokémon costume to a remarkably authentic Apex Legends design, there’s never any shortage of innovation online.