My Hero Academia fans have hundreds of heroes to give their spins on, but cosplayers like Liz Katz may prefer the more evil characters from the anime as seen in her amazing Himiko Toga design.

Katz is an well-known cosplayer, having done renditions of popular characters from shows, movies, games and more. But her latest design features and impressively lewd take on one of MHA’s most sadistic villains.

In a May 20 tweet, Katz revealed one of many posts to come from her latest cosplay featuring everything from the villain’s daytime outfit to her villainous gear in an incredible lewd take for the character. 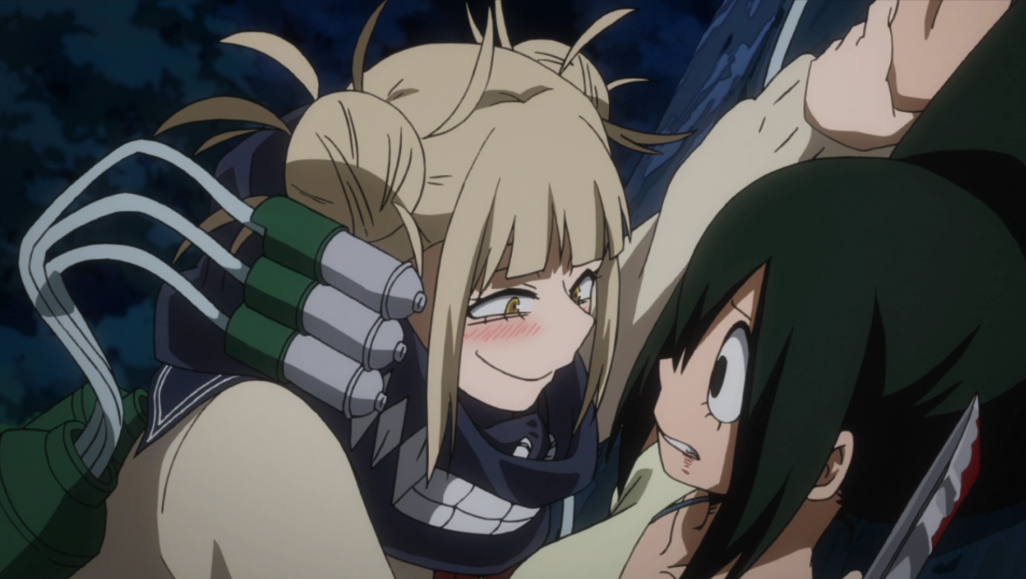 Toga is one of the shows more disturbing characters.
600

Toga’s outfit in the anime shows her in what would appear as a normal Japanese school-girl attire, but when it’s time to terrorize U.A. High School students she puts her blood-pumping gear over her simple clothes.

With that in mind, the cosplayer nailed the under outfit with over-the-knee socks and the long sleeve sweater Toga’s known for but ramped up the costume by featuring the menacing headgear and backpack to drain her victim’s blood.

“Isn’t blood cute,” Katz said in her cosplay reveal. “I love it so much. I’m obsessed with My Hero Academia lately so a bazillion Himiko Toga cosplay photos are on the way.”

Her outfit was met with instant praise from fans around Twitter, and even teased more to come since Toga is her “favorite in the series!” 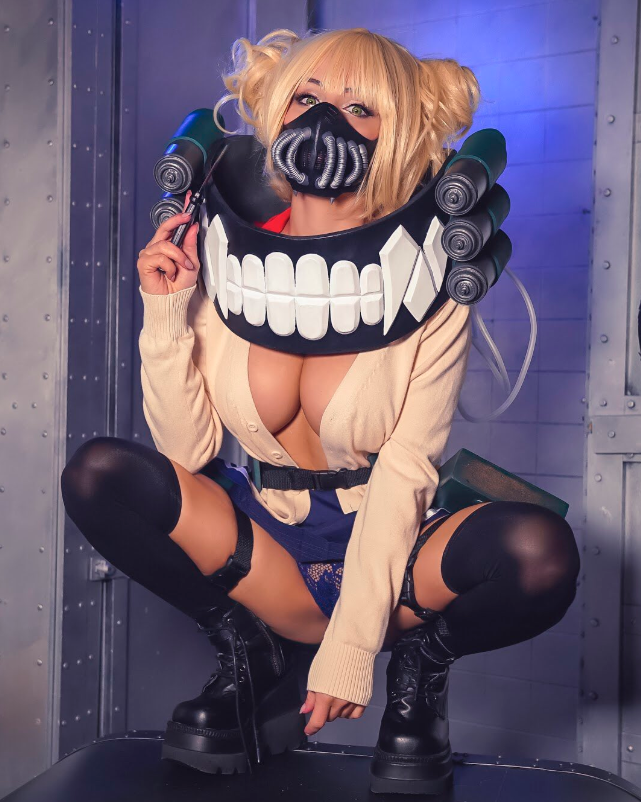 Liz has a history of intricate cosplays

Katz has shown some of the most meticulous designs for cosplays which has let her bring characters of all kinds to life.

It isn’t the first time Katz has cosplayed as a character from MHA, in a May 18 clip she teased her upcoming Deku outfit in a hilarious lip-sync video dressed as the anime’s main character.

Shooting Deku in wine country… in the rain. I’m getting mixed messages here is Deku a boy or girl now? #dekucosplay pic.twitter.com/dp3R0izFuW

Her take on X-Men’s Rogue was basically a head to toe remake of the embattled mutant complete with her leather jacket with the iconic yellow and green spandex.

While those cosplays have been terrific, Katz looks right at home as the sinister Toga leaving My Hero Academia fans wanting more.