A skilled cosplay duo made jaws drop when they shared their scary take on Spirited Away’s No-Face, bringing the iconic Studio Ghibli character to life.

Spirited Away was a landmark film for Studio Ghibli director Hayao Miyazaki, as his eighth feature length film picked up an Oscar in 2003, and is still the highest-grossing film of all time in Japan.

The critically renowned animation centered around a girl named Chihiro who is moving to a new town. However, after being whisked away to the world of the spirits, she has to find a way back home.

Two talented cosplayers paid homage to one of the film’s iconic spirits named No-Face with their stunning costume, which was so accurate it made the mischievous character seem real. 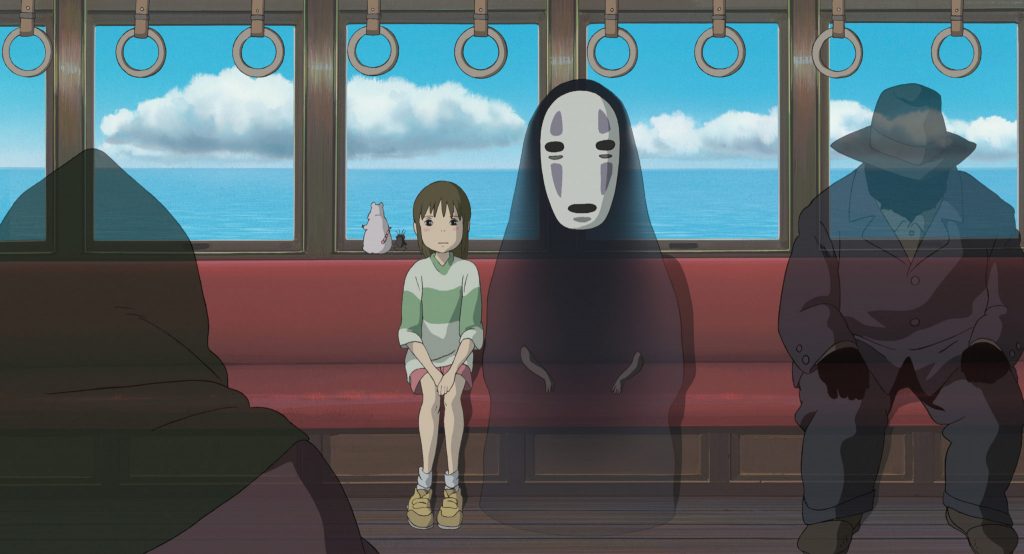 The 2001 anime feature is the highest-grossing film of all time in Japan.

After the main protagonist Chihiro is forced to work at a bathhouse in the spirit world, her kindness gets the best of her when she befriends the wandering No-Face and lets him into the building.

As the film goes on, we learn that the character has a hunger for things, and starts to eat everything in sight with his massive mouth – which cosplayer duo Bloodstone Cosplay perfectly captured.

The incredible costume recreates the towering faceless spirit with his white blank mask, his flowing black body, and the insanely creepy mouth that appears in his stomach when he eats.

The two cosplayer partners also took a photo together where one of them dressed up as Chihiro and wore her pink and white work uniform that she has to wear when taking a job at the bathhouse.

Over on their Instagram, they shared more photos of the elaborate No-Face costume, and wowed fans when demonstrating that the mouth on the outfit can actually close shut.

While the two don’t have a massive following, it seems the account is being used to store the memories they have together. But this amazing costume has Ghibli fans wanting more.

Originally released in 2001, the groundbreaking anime film celebrated its 18th anniversary this year, and even had a re-release in theaters this past October.

The film’s coming-of-age story that teaches kids about learning to be brave in the face of change has continued be influential, and has inspired many fans around the world.