Cosplayer sets the world on fire as Avatar: The Last Airbender’s Azula

A skilled cosplayer wowed fans with her Princess Azula costume, bringing the Avatar: The Last Airbender villain to life with scorching accuracy.

The Last Airbender captivated audiences around the world since first airing on Nickelodeon in 2005. The animation centers around a child monk named Aang who can bend the four elements of Earth, Air, Water, and Fire.

On his epic journey to master his powers and bring balance to humanity, he faces the ever looming threat of the Fire Nation, and is chased down by the wicked Princess Azula.

The Fire Nation princess is one of the show’s antagonists.

Throughout the series Avatar Aang and his group of friends are hunted down by Azula, the terrifyingly powerful fire bender who will stop at nothing to kill him.

Cosplayer ‘aigera_dunamis‘ shared her take on the Fire Nation princess, and blew fans away with how much she looks like the show’s antagonist, even down to the signature bending stance with her fingers.

Not only has she faithfully recreated the princess’s royal attire – which includes her iconic hair piece – she also has her facial expressions down perfectly with her furrowed brow and piercing stare.

As if her costume wasn’t already impressive enough, the Russian artist kicked it up a notch, with her collaboration with ‘aerlis_photos‘ who delivered stunning photography of the cosplayer.

Using special effects and faithfully pulling off the character’s fighting stance, Aigera brings Azula to life by recreating a scene from the show as the character devastatingly bends fire towards her enemy.

The photo also gives us a full view of her costume, showing the lengths she went to intricately re-create the wicked princess outfit, which consists of her leather shoulder pads, boots, and the Fire Nation belt crest. 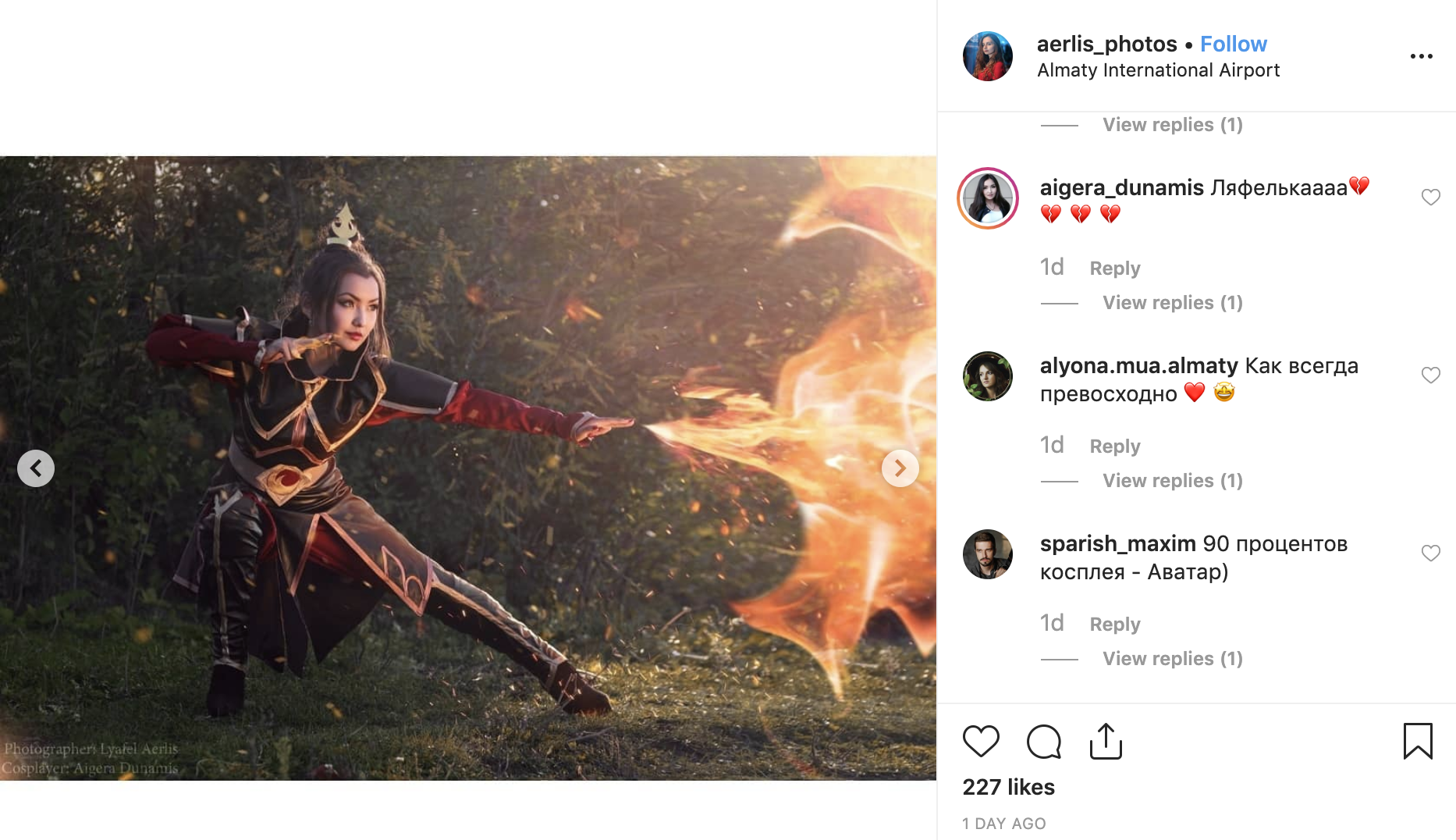 The talented cosplayer bends fire with this incredible Azula photo.

While the series only lasted for three seasons and ended in 2008, the show’s legacy has only gotten bigger over time, with it getting an official spin-off in 2012 called The Legend of Korra, which centers around the next Avatar.

To top it off, Netflix announced in 2019 that they will be bringing back the show in 2020 as a live-action remake, which will release just in time for the animation’s 15th anniversary.