An up-and-coming cosplayer put together an incredible design for My Hero Academia’s sadistic villain Himiko Toga, complete with her enormous blood sucking machine.

The characters from the popular manga-turned-anime have been popular targets for cosplayers to take on, due to the series’ diverse assortment of heroes and villains.

While the story prominently features Izuku Midoriya through his highs and lows during his time in U.A.’s class 1-A, there’s an entire subset of villains who have been equally – and, in some cases – more popular than the main characters of the show. 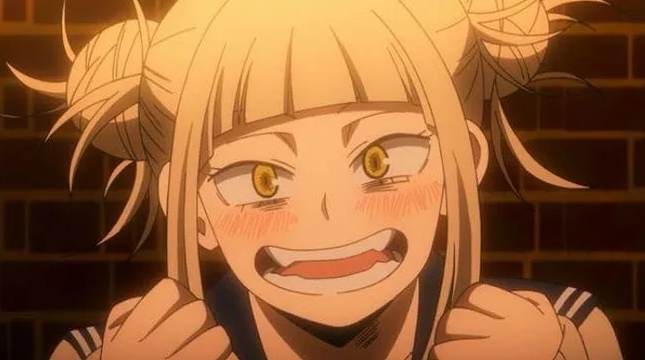 Cosplayers have a few ways to approach a design for My Hero Academia’s Toga, from cute and charming to sadistic and bloody.

Showing her appreciation for the maniac League of Villains staple, cosplayer ‘Thilda’ put together a strapping design for the fan-favorite character.

The first thing everyone will notice about the outfit is its humongous blood sucking machine, which Thilda crafted to separate her cosplay from the various re-imaginings done in the past.

Not only did the cosplayer takes the time to fit in the canisters along with the intricate tubing found on the mounted-equipment, they also stuck with the series’s larger-than-life approach for the machinery. 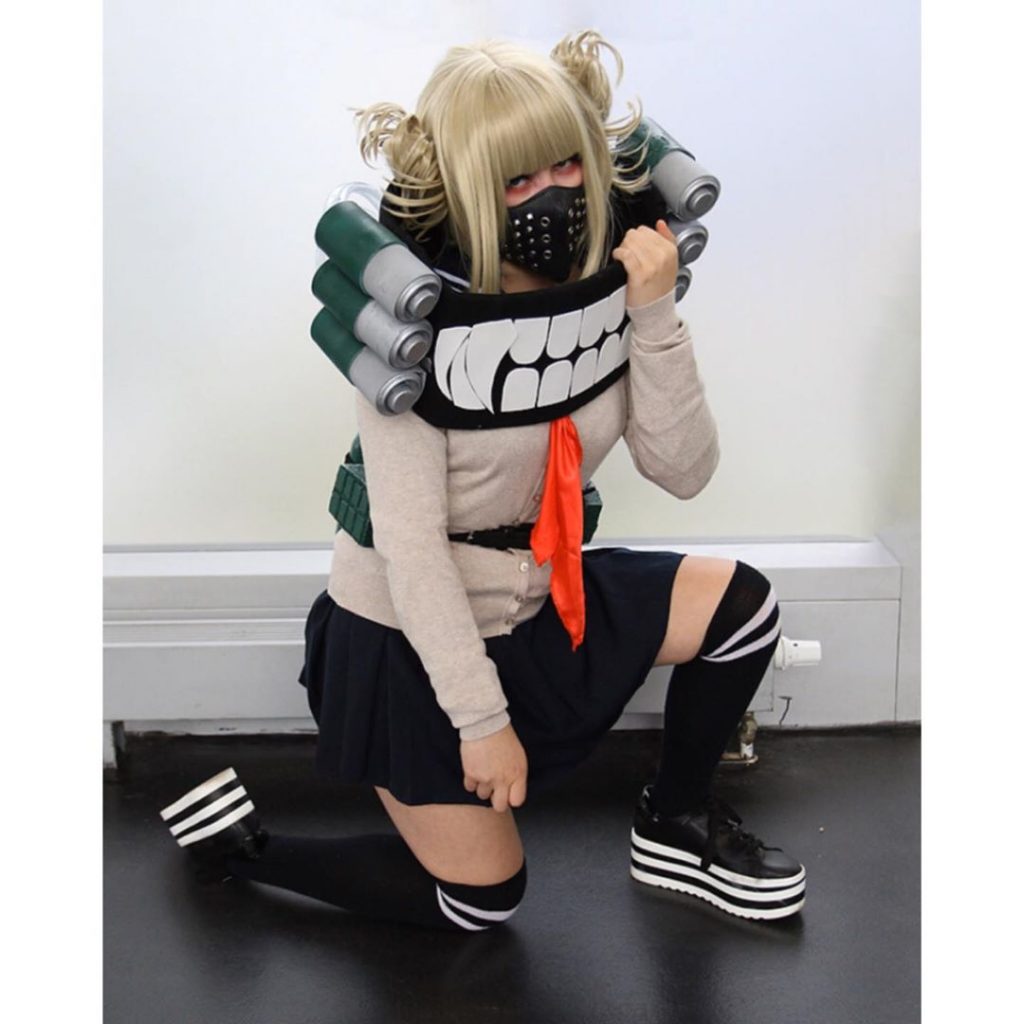 Thilda’s Toga suit is a perfect reimaging for the maniacal villain.

In one pose, the machine definitely looks about twice the size of Thilda’s head, and she even topped it off with the mask Toga wears to ingest the blood of her victims.

Connected to the headgear is the utility belt Toga takes with her for extra support while she’s doing her evil deeds.

While the cosplay isn’t the most horrifying take to Toga that we’ve seen, the artist certainly gave a more battle-ready feel for the crazed villain. 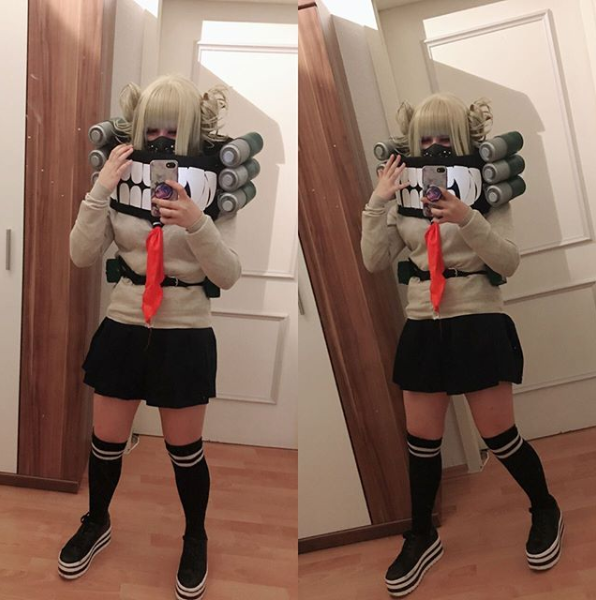 Though Toga might be a blood-fueled pariah even within some of the evil organizations she’s a part of, the character’s deep infatuation for MHA star Deku gives her a soft side that’s equal parts charming and disturbing.

She’s been a popular target for cosplayers to tackle, from young designers like Thilda to industry vets like Liz Katz. 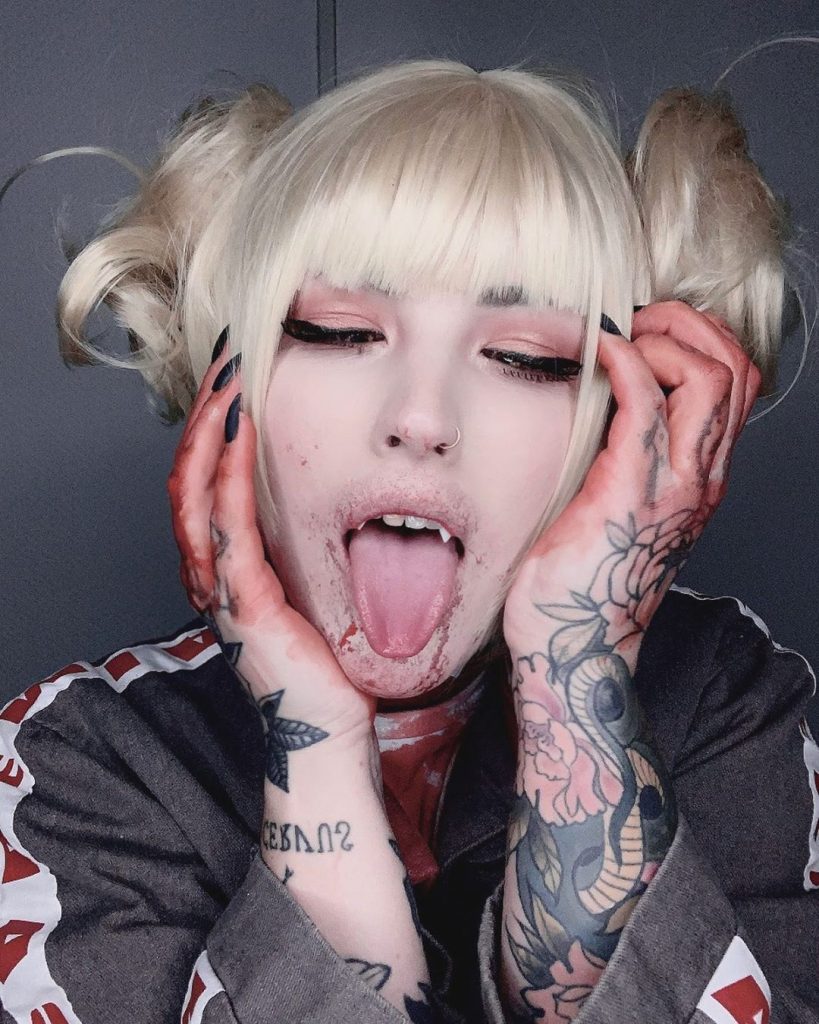 Cosplayers have given Toga a ton of different takes ranging from charming to chilling.

The portraits of Toga range from true-to-form renditions taken straight from the series to deeply horrifying cosplays that would make some MHA fans shudder.

There’s a ton of ways to approach the MHA villain, but Thilda’s take gives her a more grounded appearance that many of enthusiasts have been loving.