Driving in the summer months can be an excruciating task, with the heat making driving more of a chore than it has to be — but one genius seems to have found the solution.

Car modifications can be a costly venture, depending on what you’re wanting to do, but it definitely helps if you know what you’re doing and can keep costs low, as well as give your car the additions it needs.

With the summer heat only going up, one savvy driver decided to give his car a rather unique new mod — and you’re unlikely to ever see it in another vehicle.

Posting to Reddit, rightcoastguy posted the video of his latest creation — a ceiling fan for his car — and implied that it’s somewhat of a habit of his to “design unnecessary products.”

It’s not exactly the easiest on the eye, and isn’t likely to become a popular feature in vehicles, but, at the very least, it appears functional — to a degree.

The fan, as you can see, seems to move incredibly slow, so whether it’s even cooling the car is a big question.

I design unnecessary products so today I built a ceiling fan for my car. from funny

The video of him driving around with the fan operating behind him looks somewhat uncomfortable at best, so it’s doubtful that this invention will go mainstream any time soon. The spinning blades are only inches from grazing his head, begging the question of what would happen in an accident.

While it looks uncomfortable for those in the front during ‘normal’ use, for those in the back it’s dangerous from the moment they set foot in the vehicle. If the passengers are on the taller side, they’re likely going to be hit in the head every few seconds. This isn’t something rightcoastguy hasn’t thought of, though. 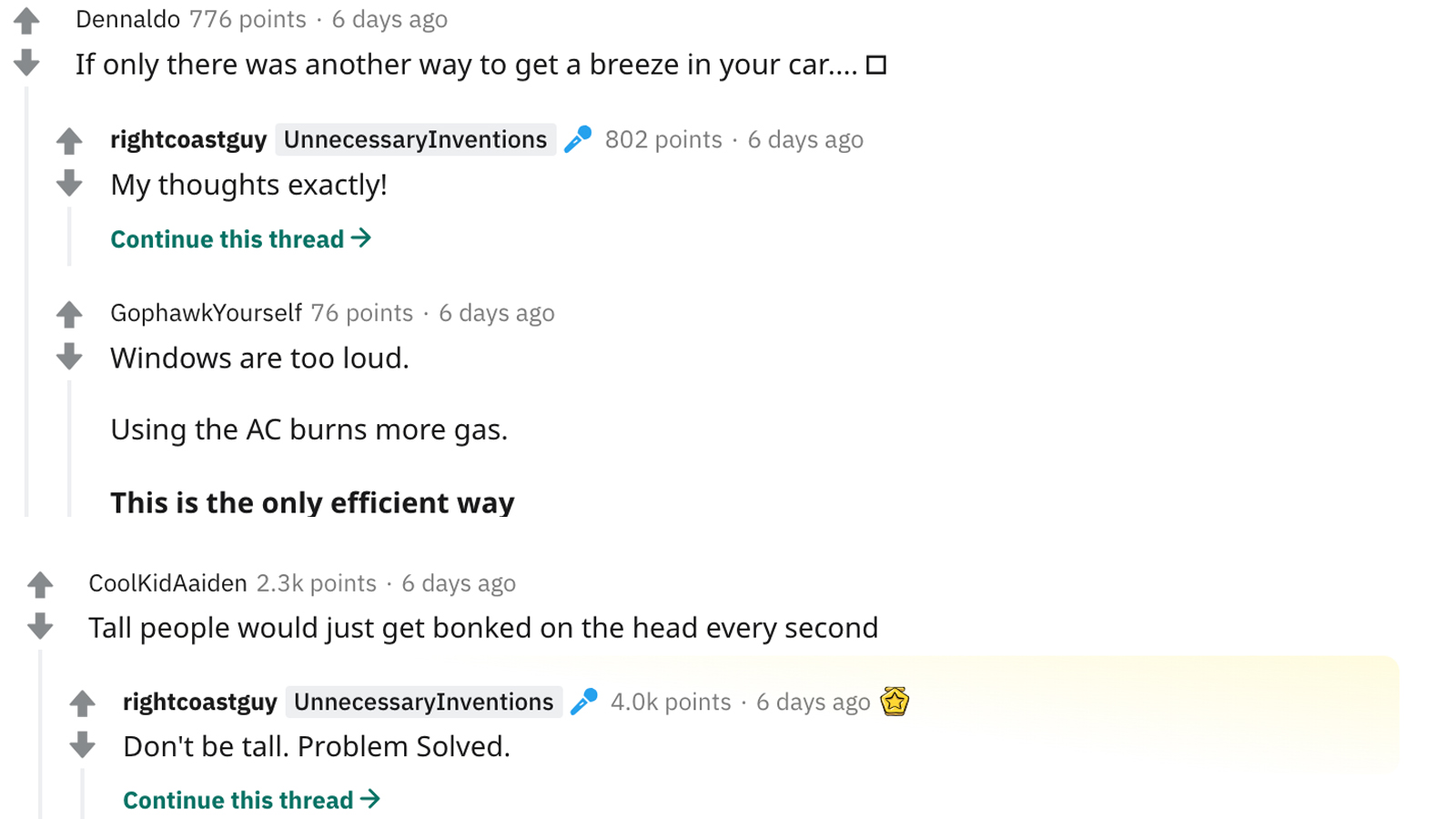 As always, the comment section is a gold mine

As expected, the comments on the post exploded with a mixture of genuine suggestions, witty taglines, and strange responses.

Safety concerns aside, it appears that rightcoastguy has actually done a really good job of building this wacky invention; a perfect example of a terrible idea, with great execution.