Why Modern Warfare's 725 shotgun is more overpowered after Patch 1.08 - Dexerto
Call of Duty

Why Modern Warfare’s 725 shotgun is more overpowered after Patch 1.08

Modern Warfare has been subject to criticism for all angles post-launch, but perhaps none more so than from the 725 shotgun. However, the shotgun may have received an unintentional buff in the November 12 update.

Patch 1.08 brought a multitude of changes to Modern Warfare which included adjustments to footsteps, AR hipfire spread and weapon balancing.

Most notably, the M4A1 received a counterbalancing change by increasing hipfire spread while decreasing the headshot damage multiplier.

However, although the 725 shotgun received an apparent range reduction in the update, a simple play test reveals this to not be the case.

The 725 shotgun has developed an infamous reputation in Modern Warfare.

Popular Call of Duty YouTuber, XclusiveAce, released a video that details all of the changes from the v1.08 update with in-game examples.

Ace managed to capture pre-patch footage of the 725’s range limit for a one-shot kill, and aptly compared that following the shotgun’s ‘nerf’.

The clip underscores a new one-shot kill range potential, due to a tighter pellet spread when aiming down sight.

Although unintentional, the net outcome is that the shotgun now has been effectively buffed with no attachments equipped.

Another topical area in Modern Warfare has been footstep audio. While Infinity Ward have rolled out multiple patches, player frustrations still loom.

Albeit a minor tweak, the video also highlights the difference to footsteps while aiming down sight and crouching, independent of speed. 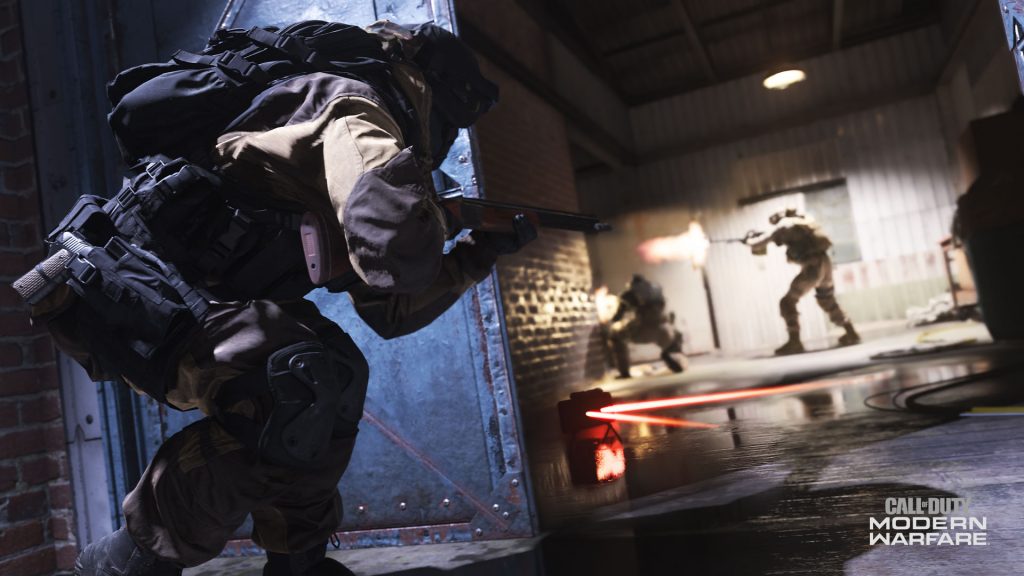 Footstep audio has been tweaked when ADS and crouching/walking.

Indeed it appears that the developer’s efforts with balancing the 725 meta are in vain, given the in-game evidence.

Nonetheless, Infinity Ward’s efforts to pluck away that the numerous issues throw their way post-launch have not gone unnoticed. Of course, they will be looking to have the game tightened up and polished before the Call of Duty League kicks off in January.