Some Warzone players are calling on Infinity Ward to make changes to the gas mask feature, as many claim it is ruining gunfights in late-game scenarios.

Warzone, Call of Duty’s second battle royale effort, has been acclaimed for its fast pace and consistent engagement. One of the aspects that makes the game so action-heavy is the speed at which the circle collapses in late-game situations, forcing players to be constantly on the move.

One way players can get ahead of enemies is with a gas mask, a gold item that provides short-term immunity from the toxic gas. While certainly not strong enough to keep players in the circle for an extended period of time, it can certainly help players out of a tricky spot. 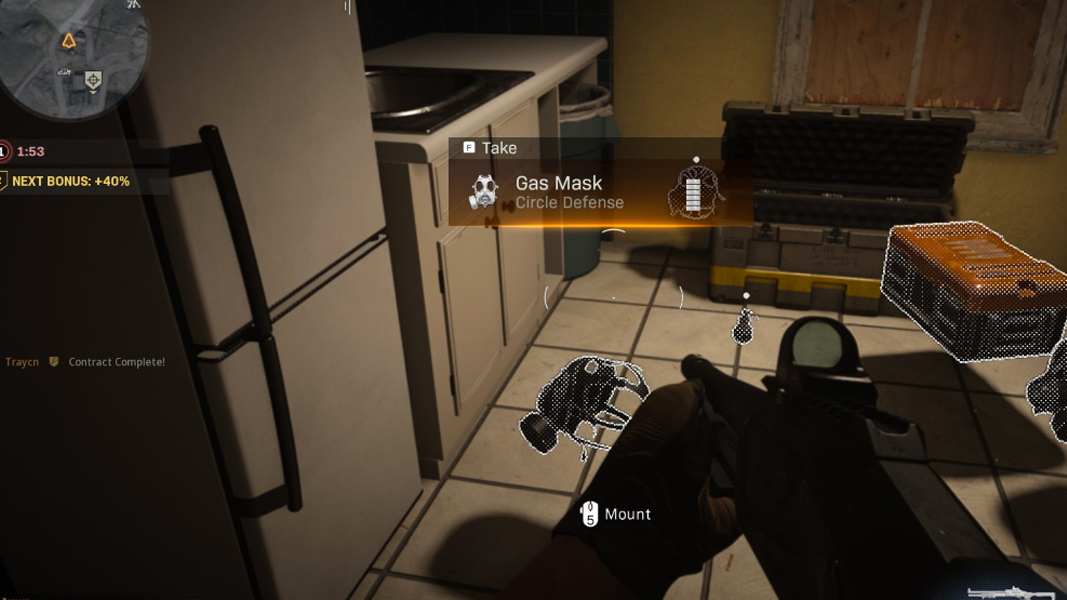 Despite how useful it can be, players have found that it can also be a serious detriment, primarily because of the invasive animations for taking the mask off and putting it on.

One player, u/MaReDioa, posted a clip on May 28, showing them lose a late-game gunfight thanks to their operator pulling their mask on in the middle of the engagement.

They asked: “Can my operator not put his mask on while I’m aiming and firing, please?” The sentiment was echoed by others, who have experienced similar issues.

Can my operator not put is mask on while I’m aiming and firing, please ? from r/CODWarzone

While the animation is designed to inform players when their mask is on and off, it often inhibits gunfights and stops players from firing at enemies. In those circumstances, it may actually benefit players to not use gas masks, and just hope they can outrun the storm.

Other Redditors have argued similar things, with one describing the animation as “one of the things that has killed me the most in this game” and “dumb and unnecessary”.

Another player actually suggested being able to toggle the gas mask on or off, in a similar fashion to night vision mode in general multiplayer. This would allow players to keep track of whether their mask in on or off, without the intrusive animation.

Whether Infinity Ward make changes to the gas mask remains unclear, as the animation could potentially be an intentional balancing factor. If there was no animation at all, it would make it much easier to lurk on the very edge of the circle. However, a manual option could be a solution, or perhaps stopping the mask from being put on when aiming or firing.