The locked bunkers on the Verdansk map in Call of Duty: Warzone battle royale have a lot of players intrigued, and one YouTuber has found a way to glean new details about these mysterious rooms.

Anyone who’s done even a little exploring in Warzone has likely come across at least one of the numerous tightly locked bunkers located throughout the vast setting known as Verdansk.

However, what sets these apart from other inaccessible areas is the fact that each one comes with a keypad that players can interact with, although no one’s found the passcode to enter one yet. 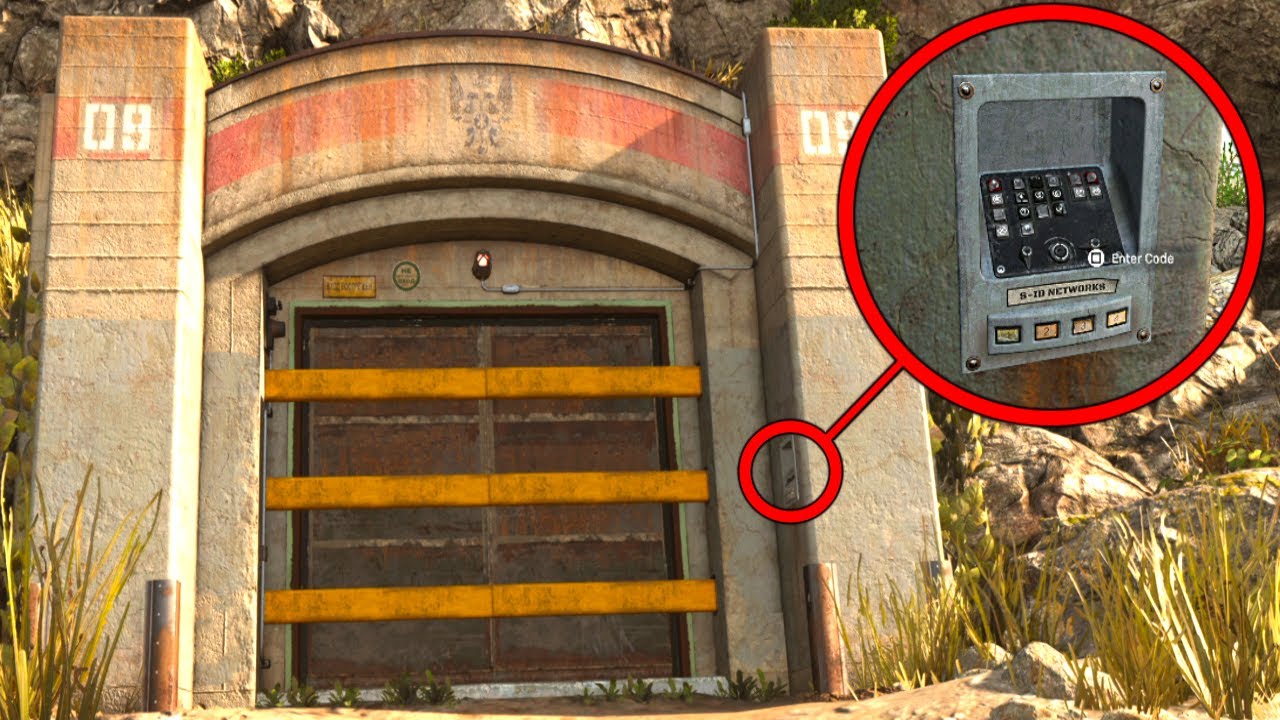 All of the locked bunkers on the Call of Duty: Warzone map have a keypad that players can interact with.

While a lot of players have been endlessly trying to find a way to breach the doors, YouTuber ‘S0ur’ decided to go another route and examined the Tac Map that Activision have on their website.

Turns out, this Tac Map, which is essentially a guide to the various locations, contains 11 “Classified” areas with redacted names and descriptions, and a quick comparison to the in-game layout reveals them to be those very same bunkers.

In fact, the YouTuber went as far as to do a scan of the pages’ inspect elements, which, lo and behold, revealed that each one had their own loot stats. In fact, the loot bar for these locations is listed at 120%, meaning they have higher tier loot than any other area. “Most interestingly, the loot bar is at 120%, and every 20% is a tier, so that represents tier six loot,” he explained. “That bar is off the charts. Tier five would have a line at the end.”

He then went on to show how each of the bunkers are actually located in their own grid on the map, even the ones that are bunched together tightly.

“I noticed every bunker is in its own square,” he said. “Most of them are far apart so they obviously are, but in the case of seven/eight and two/three, which are clustered very close together, it seems on purpose that, on both cases, they are divided on separate coordinate boxes.” All bunker locations on the Call of Duty: Warzone map, Verdansk.

The rest of the video focused on S0ur showing the many ways he and his teammates tried to figure out how to open the locked bunker doors, all of which proved to be unsuccessful.

He concluded that random sequences and trials won’t get those areas open, instead, it’ll have to be a direct way using a code that Infinity Ward will presumably release at some point in the near future.

So, what does this all mean? Well, everyone already had a strong suspicion that these locked bunkers are more than just cosmetic additions to the map, but now we also know that they’ll more than likely carry some high-level loot, maybe even better than anywhere else on the map.

Infinity Ward are likely saving that for the next wave of new content, however, and it’s not clear when players will be able to explore these hidden areas just yet.