Treyarch revitalized the popular Black Ops 4 map Contraband when they added a weather variation to the locale and after the early reception from fans, it seems the developer has given the green light for similar changes in the future.

Along with the March 12 update that kicked off the Shamrock & Awe event on Playstation 4, Treyarch gave Contraband a facelift in the form of a raging Hurricane. Which struck a chord of high praise with many fans.

In a Reddit post, Treyarch shared in on a fan’s excitement of how “awesome” the latest change to Contraband has been playing out, and the company was all too generous in confirming that similar updates were on the way. 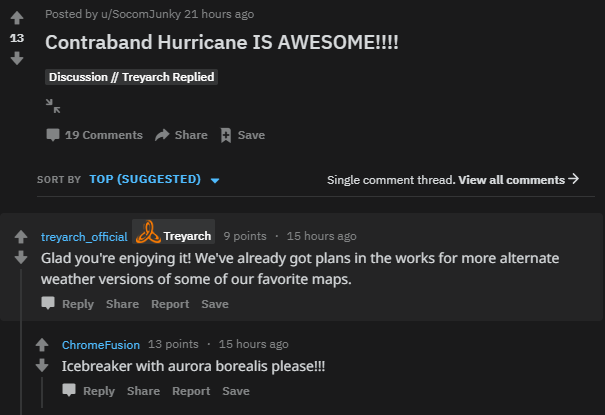 The enthusiastic fan got great news after sharing their excitement for Contraband Hurricane.

“Glad you’re enjoying it,” Treyarch said in reply the player. “We’ve already got plans in the works for more alternate weather versions of some of our favorite maps.”

Though some fans were initially hesitant about weather variations ruining the competitiveness of a map, hordes of players have so far been having a blast with the latest tweak to Contraband. 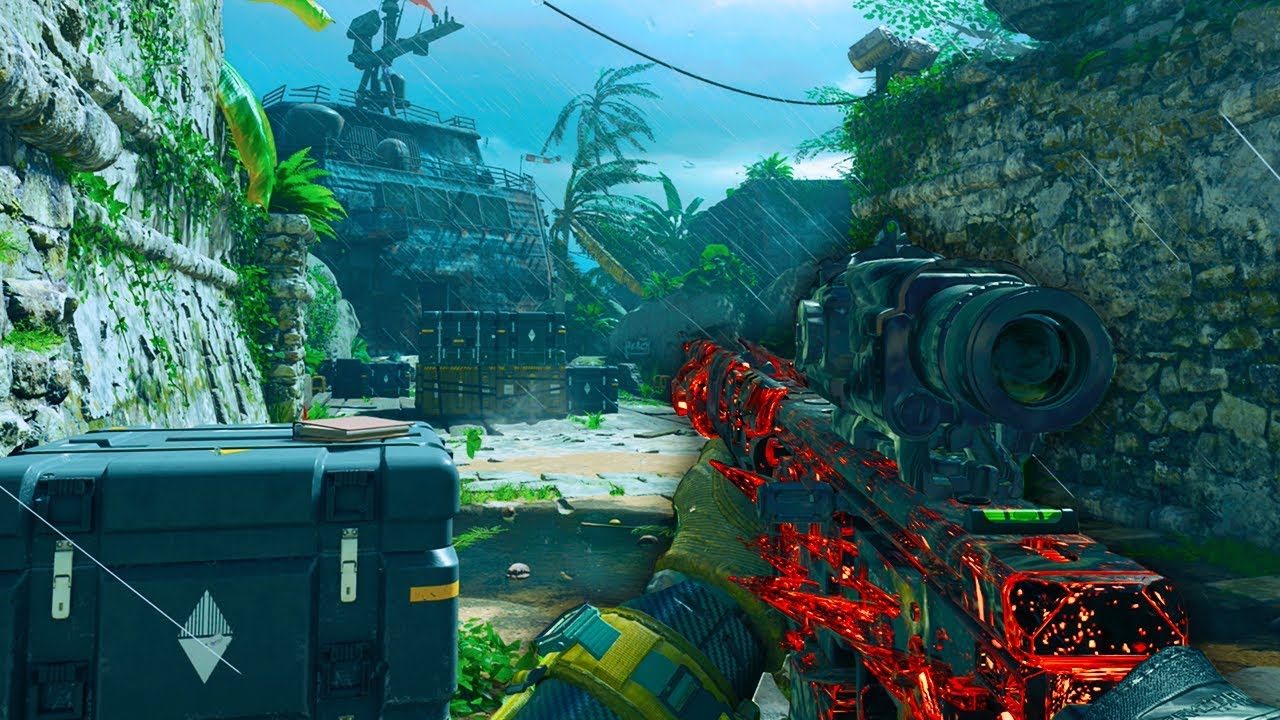 Weather variants on Contraband is a slight change that makes a big difference in how the maps feels.

The added rain and auxiliary sound effects that come with the inclement weather is adding another layer of immersion when matches start to reach their breaking point.

After Treyarch had dropped the news, fans were all too eager to chime in with their own suggestions that ranged from a rainy night variant for Arsenal to a snow or lightning storm for Militia.

The company didn’t offer a target window for release or what maps they had in mind with the announcement, so fans are going to have to wait a bit for incoming news.