Treyarch, popular developers behind Call of Duty’s Black Ops series, are facing community anger at what appears to be a decision to prevent players tracking their stats so easily.

Recent changes have seen avid players of the best-selling FPS franchise unable to access their stats on third party stat tracking sites, such as CoD Tracker. 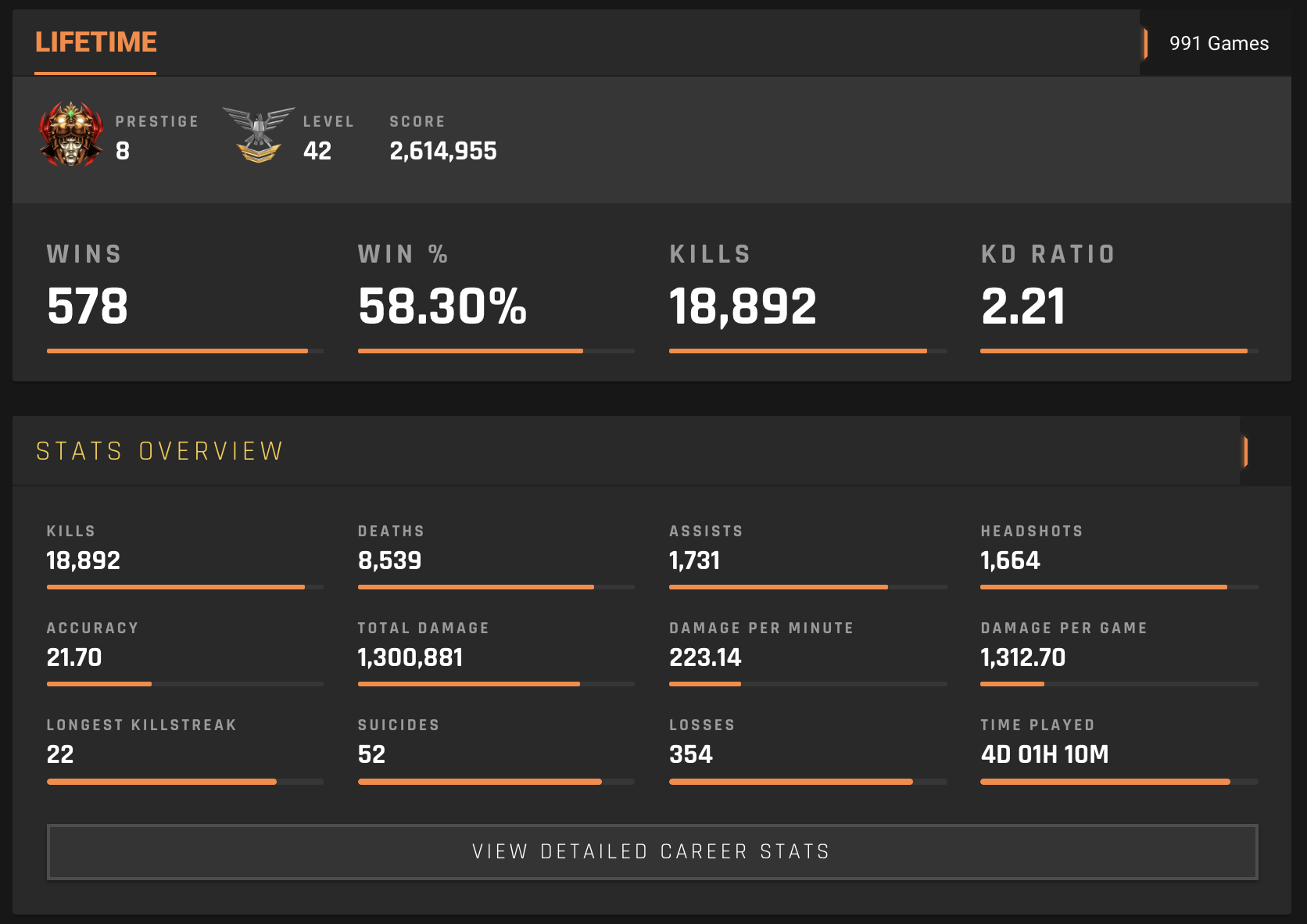 One reddit user, ‘BMilla9’, posted a ‘Stat Tracker shutdown rant’, in which they aired frustration at unkept promises from Treyarch, as well as unwelcome adjustments to the official companion app, which makes stat tracking less in-depth.

LEADERBOARD PETITION • Treyarch and ATVI, If you want everything in your community to be ponies and rainbows then you’ve lost what brought us all to your game. (Stat Tracker shutdown rant) from r/Blackops4

However, not only were third party sites affected, as the Call of Duty companion app was rendered unusable for stat tracking on March 1, after the changes were made.

We are currently not able to get @CallofDuty Stats. We are working on alternate solutions but it could take some time.

If anyone from @Activision or @Treyarch could reach out to us, please do, thank you.

It is also unclear whether the decision to alter the availability of this data came from Treyarch or Activision, but, as the developers of Black Ops 4, it is Treyarch who seem to be receiving the majority of criticism for this change.

The tracker community has since been able to develop a workaround, but it is not clear how long this will last and whether Activision or Treyarch will make further adjustments to make this workaround ineffective.

We managed to get stats updating again. Hopefully it works for a while, but who knows. Enjoy it while you can!https://t.co/9iumCA3EGx

Restrictions to API are necessary to avoid third party abuse, but many people seem to believe this is a step too far, and has negatively impacted the overall community.

Treyarch and Activision are yet to respond to these community complaints, so it remains unclear how this situation will develop.

The Call of Duty League’s 2021 campaign is just around the corner, but before the Black Ops Cold War professional season starts, the preseason has kicked off with the Kickoff Classic – where fans finally get to see the league’s best compete.

With this being the first official CDL matches in Black Ops Cold War, a lot of eyes are watching how the new rosters perform. All 12 teams had to make at least one change due to the switch to a 4v4 format, with some opting to completely revamp their squads.

Former Huntsman, Arcitys, will make his debut for Atlanta FaZe against the new-look Florida Mutineers, one of the top teams from the 2020 season, while Toronto Ultra and Minnesota ROKKR will add another installment to their “Battle of the North” rivalry.