Rise Nation was eliminated from CWL Champs earlier than anyone expected and the players are not taking it well.

The tweet was deleted by Slasher, but reddit user woodlands- managed to get a screengrab while it was still up.

Thought it couldn’t possibly get any worse… yet here I am lower than I’ve even been. Probably won’t be active on here or anything gaming related for a long time. The actual worst day of my life 8/17/2018 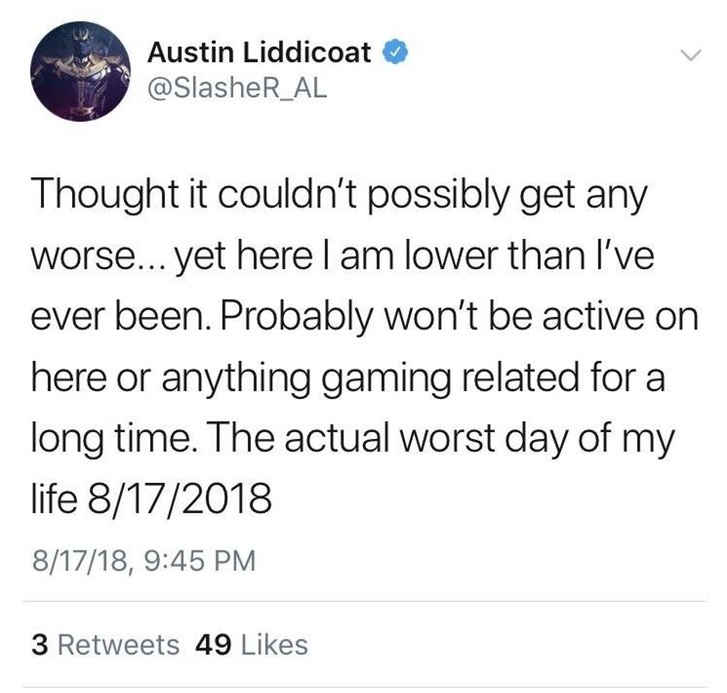 Slasher tweeted at 9:45 PM, shortly after Rise were eliminated in heartbreaking fashion by Luminosity.

Rise Nation entered CWL Champs as one of the favorites, having won three majors this season. They looked the part in pool play, finishing with an undefeated record.

They were unlikely to draw Team Kaliber in Winners Round 1 and were defeated in four.

It would not get easier in the Losers bracket and Rise were eliminated by Luminosity for a top 16 finish.

Slasher is not used to going home from Champs so early, having won the Black Ops 3 Championships and finishing second in Infinite Warfare.

He will now have to set his sights towards Black Ops 4, where his BO3 success may transfer over.