The new-look Call of Duty League is set to begin with a historic opening weekend at the end of January, but that’s too long for Seth ‘Scump’ Abner, who says he wishes Modern Warfare’s “stale” offseason was ending much sooner.

The King has admitted he’s looking forward to getting into the CDL grind, and playing competitive Modern Warfare again in 2020, after slogging through “one of the more stale” offseasons he’s experienced in his near-decade long career.

It’s not been a bland experience for CoD fans, of course, who have seen the game’s entire competitive ecosystem turned on its head with the introduction of a franchised league, bringing with it city-based rosters and a raft of player moves.

For Scump, however, the pre-CDL buildup has been “most boring” because the 24-year-old has been stuck managing admin, organizing the beginning of his life with the Chicago Huntsmen, and generally preparing for the next CoD era. 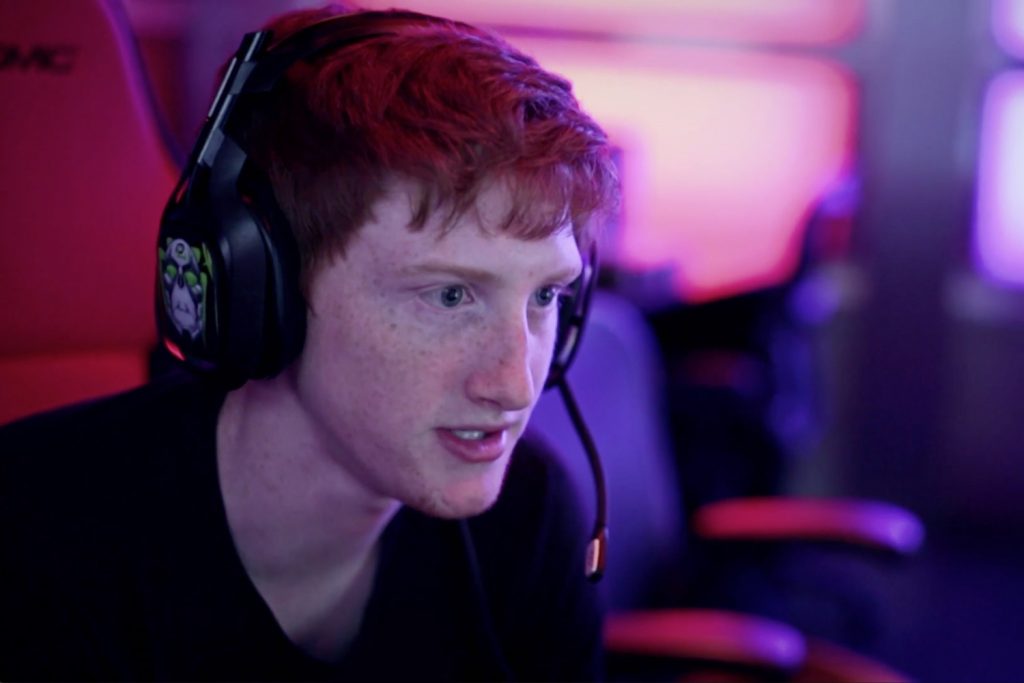 Scump says he’s been bored all offseason ahead of the 2020 CDL season.

“This offseason has been kind of stale, it’s probably been one of the more stale ones for me, because … a bunch of team things happened to me as you can imagine,” Scump said in the Huntsmen’s new Meet the Players series.

Offseasons are often filled with throwback tournaments and interesting pro-ams, Scump explained, and while the end of 2019 had hosted Hitch’s time-winding Black Ops 2 comp, and a pro-am Abner entered, he had barely had time to enjoy it.

“I didn’t get to go to Hitch’s throwback tournament, which would have been fun to play in… I did do the pro-am, but apart from that, and that one I missed, there wasn’t really much, and I haven’t really been doing anything,” he said.

Chicago boasts one of the more star-studded CDL rosters for the 2020 season.

That said, there’s is one positive Scump has taken from the fact that he’s barely touched video games, and missed out on one of the two offseason tournaments: he’s chomping at the bit to get his life in the Call of Duty League started.

“I’m really, really excited to get started,” he admitted. “This is probably the most excited I’ve been for a new game in a while because of the sheer boredom I’ve endured in the past couple of months. I’m ready for the change of pace.”

The King pointed to new locations like Chicago, New York, and Toronto as places that would be experiencing live competitive Call of Duty for nearly the first time, and said he was keen to “see different fans” and immerse himself in the roadshow.

Scump and FormaL have buried the hatchet ahead of the 2020 CDL season.

There’s also another reason Scump is eager to start the CDL’s regular season, though it’s another rewinding of the clock to his days with the Greenwall.

For the first time since their explosive separation at OpTic Gaming, Scump and the other half of the iconic T2P duo Matthew ‘FormaL’ Piper will once again be dropping into games together, and Abner said he can’t wait to see how it goes.

“T2P is back, yes, it’s very exciting for me personally because I felt like on our old dynasty team it was me and Matt that were the heavy-hitters, and Ian and Damon would do the dirty work and pick up when we weren’t performing,” Scump said.

“Nothing’s really changed. I talked to him after we lost at Champs, and I said ‘Listen, this is childish what we’re doing, there’s no reason to be mad at each other,’ and I said I didn’t know why we had ended on such bad terms in the first place.

“We hashed things out, and got to the root of the problem, and shared what we expected of each other going into next year. To be on good terms and have him back on the squad is super exciting, and motivating. We used to do some real damage together, so I’m looking forward to continuing that this season.”

For mobile readers, the related segment begins at 2:56.

Now, first up for Abner, Piper, and the rest of the star-studded Chicago roster, is a reunion with their former organization, OpTic, now turned into the CDL-styled Los Angeles OpTic Gaming. They meet in the very first week of the league.

While many esports stars tap into their feelings when coming up against the old banners they used to play under, Scump believes LA’s green-soaked team isn’t enough like the old Greenwall to even feel like he’s facing an old friend.

“[Our time at OpTic] is something we hold very dear to our hearts, but this point now, we’re moving forward, it’s much more than a logo,” Scump said.

“To the fans at the Greenwall, which is no more—it’s there in theory, but it’s not necessarily there—we played for the name. It’s much more than that though, it’s a family we’ve built. I’m not going to tell people to root for us [instead], but we played for that logo and idea. We still have the same love for you guys.”

Scump believes the bond between him and OpTic’s fanbase transcends logos and teams.

Scump and the Huntsmen take to the field against OpTic on the weekend of January 24-26, in the CDL’s historic opening round. All twelve teams will be playing at The Armory in Minneapolis. The round will be hosted by the RØKKR.