Call of Duty: Black Ops 4 has topped the PS4 sales charts for 2018, leading all games in digital downloads.

Black Ops 4 was one of the most hyped games of 2018, with the Blackout battle royale mode taking over Twitch at times. 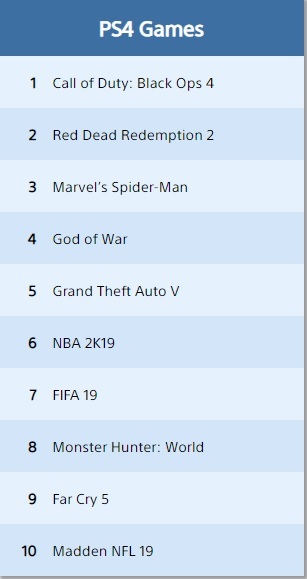 Rounding out the top 5 is Marvel’s Spider-Man, God of War and surprisingly, Grand Theft Auto 5 – a game that released in 2013. Open world adventure games Monster Hunter: World and Far Cry 5 made the top 10 with annualized sports releases NBA2k19, FIFA 19 and Madden 19.

Missing from the list are major shooters like Star Wars: Battlefront 2 and Battlefield V, both of which received negative feedback leading up to launch.

If you are wondering where Fortnite is on the list, PlayStation put free-to-play games in a different category. 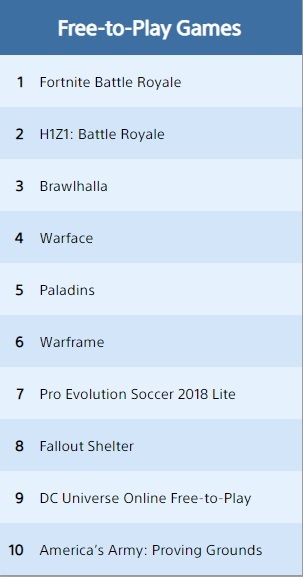 Black Ops 4 may hold the top spot for a long time as the game is being updated to include a new Zombies mode and finally, League Play. However, the League Play format Treyarch detailed is something a lot of the community is not interested in.

To see the rest of the top game categories, which include VR games and Vita sales, you can head over to the PlayStation blog.