Three time Call of Duty World Champion Damon ‘Karma‘ Barlow is best known as a console gaming legend, but his biggest fans know he’s just as skilled with a keyboard and mouse too, as he demonstrated on rising shooter game Battalion 1944.

The OpTic Gaming star has been a professional Call of Duty player for almost a decade with 24 major championship wins to his name, but he hasn’t always been the “star” player on a roster.

Rather, Karma is known for his intelligent and creative play, smart decision-making and a level of consistency unparalleled by many of his fellow pros – and these skills easily transfer to any game he plays. 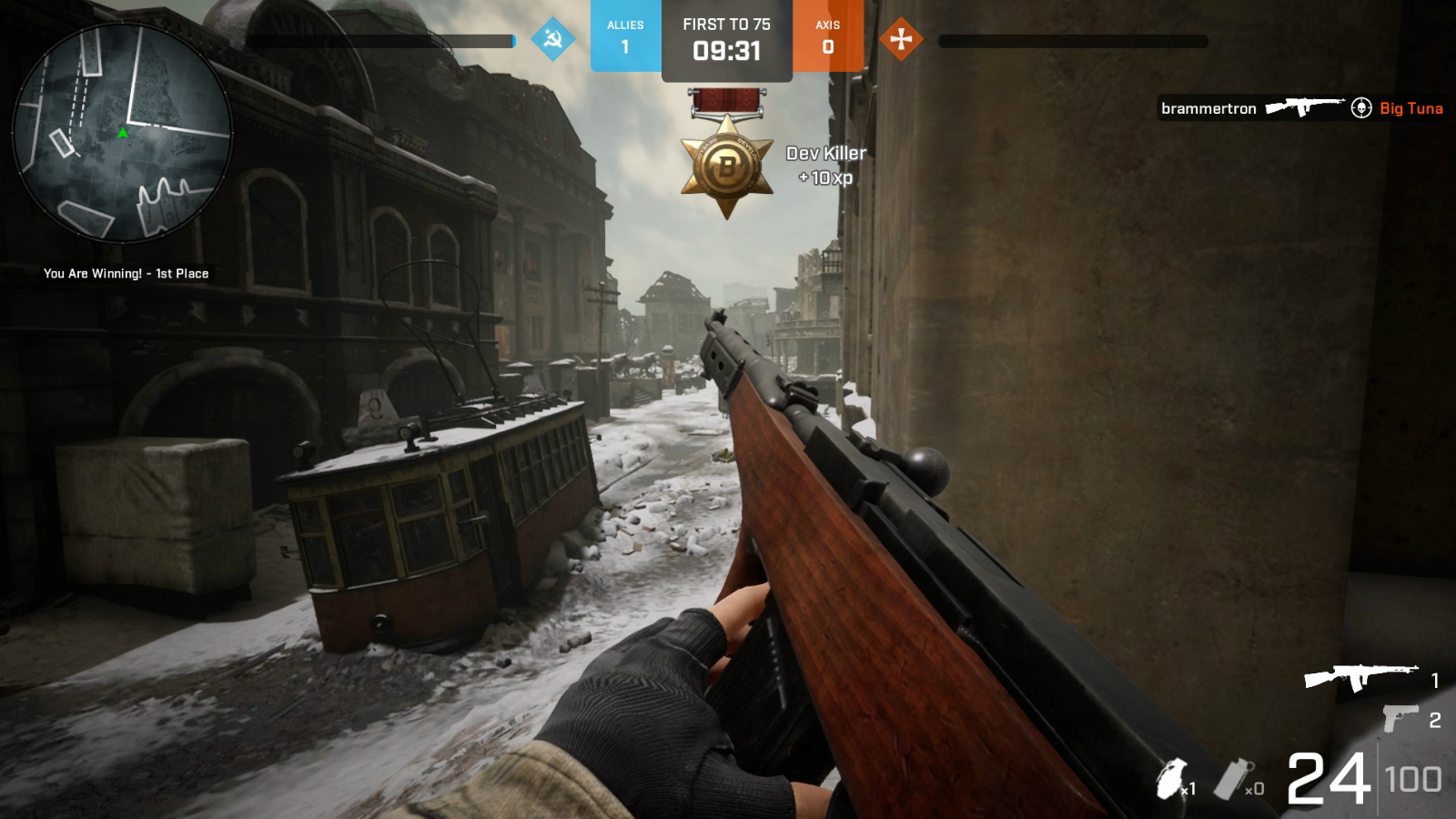 Whether it’s CS:GO, PUBG or even Fortnite Battle Royale, Barlow has always proven himself adept at grasping a game’s fundamentals, and instantly perfecting them.

The newest viral shooter on Twitch in 2019 is WWII-themed FPS ‘Battalion 1944‘, which makes no attempts to hide the inspiration it took from Call of Duty and Counter-Strike’s gameplay.

Of course, this means it’s well suited to Karma’s skills, and it didn’t take long for his teammates to have their minds blown, as he clutched a slick 1v2 with an excellent prediction, and perfect reactions and accuracy.

It wasn’t Karma’s only insane play of the night either, as he showed off his sniping skills too. The CoD pro quickly worked out some sneaky lines of sight to line up the perfect shot to eliminate an opponent.

Battalion’s primary game mode is largely inspired by Call of Duty’s ‘Search & Destroy’ and Counter-Strike’s Bomb Defusal, so a veteran like Karma would have felt right at home.

Former CS:GO pro shroud explained that he thinks Battalion is the perfect mix of COD and CS, making it the “best FPS out right now” in his opinion.

Clearly, there is something about Battalion that is appealing to these skilled players, and shroud himself even complimented its difficulty, skill gap and competitiveness.

Karma is still competing full time in Call of Duty, so won’t be able to dedicate the time he might like to Battalion, but even just playing casually, his expertise is apparent for all to see.