Following the purchase of OpTic Gaming parent company Infinite Esports & Entertainment by Immortals Gaming Club, a joint statement was released on September 16 which announced the departure of H3CZ, the former CEO.

Having recently acquired a Los Angeles-based team spot in the upcoming Call of Duty franchise system, it was unclear who would be steering the ship for the organization with H3CZ having transitioned to NRG to operate the Chicago-based franchise.

In a September 23 video, it was announced that Eric ‘Muddawg’ Sanders would be stepping up to the plate to lead a new Call of Duty roster under the OpTic and LA banners.

Referring to his new home he states that “It’s one of the most storied brands in Call of Duty history, I’m excited to be here.” 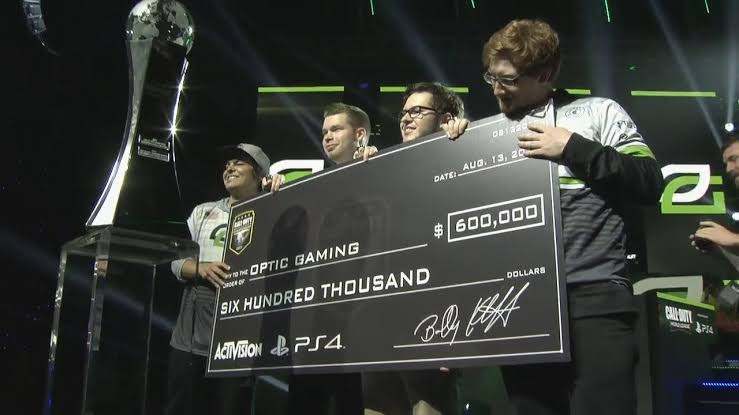 The OpTic Gaming dynasty proved to be one of the most dominant teams in Call of Duty history.
[ad name=”article3″]

Acknowledging those who helped build the Green Wall into the powerhouse that it is today, Muddawg highlights Hecz as “one of the most impressive people I’ve met in Call of Duty esports.”

Due to the recent sale of OpTic, the subsequent departure of H3CZ, and behind the scenes drama that saw veteran players supposedly “forced out” of the team, Muddawg “expects there to be backlash” from the fans.

“I don’t necessarily think it will be an easy thing to earn their trust and acceptance, but it’s something I really want to do eventually.”

“I have some big shoes to fill,” he states. “I know I will never be able to replace or replicate exactly what those before me did, but I’m hoping by building a strong, championship-caliber roster, that’ll be a good starting point to give the fans something to cheer for, something to get excited about. Hopefully, we can continue that rich tradition of excellence.”

The Call of Duty franchise league is set to kick-off with its inaugural season in 2020. While full rosters and even team branding have yet to be revealed, you can keep up to date with all of the latest announcements using our dedicated tracker.

A former competitor and coach, Muddawg’s most recent efforts came at 100 Thieves as the ‘head of esports’ where he helped lead a powerful CoD lineup to back to back trophies and a second-place finish at CWL Champs 2019.

At 100 Thieves, an organization founded by Matthew ‘ Fortnite scene. A fruitful venture that saw 100 Thieves members place 3rd in duos competition at the 2019 World Cup.