The second day of CWL London 2019 has come to a dramatic close with the winner bracket final confirmed, and only four teams left in the loser bracket.

Saturday May 4 saw incredible storylines develop with a huge dose of upsets, early exits, drama, and of course, a raucous UK crowd chanting at the top of their voices.

The second day of the $325,000 event started with all 16 pro teams still in the competition, but gradually big names were picked off one by one until only a handful remained.

100 Thieves was the first team to book their spot in the Winner Bracket final with a tense matchup against the ever improving, Gen.G. The 3-2 game required a reverse sweep from Enable’s 100T squad, but after their comfortable 3-0 win over eUnited earlier in the day, their experience prevailed in the final SnD, 6-4.

OpTic Gaming entered Saturday with a passion that has been missing for the last couple of months, and they showed they meant business with a hot 3-0 over FaZe Clan to kick their day off. After somewhat of a wait, they took to the mainstage around 8pm to face off against the plucky Spanish team of Heretics.

Despite the Spaniards best attempts, OpTic and their incredibly vocal supporters ensured that there was only going to be one result, and the Green Wall took the game 3-0.

The result sets up a rematch of OpTic vs 100 Thieves in the winner bracket final, and one that has all the hallmarks of a thriller. 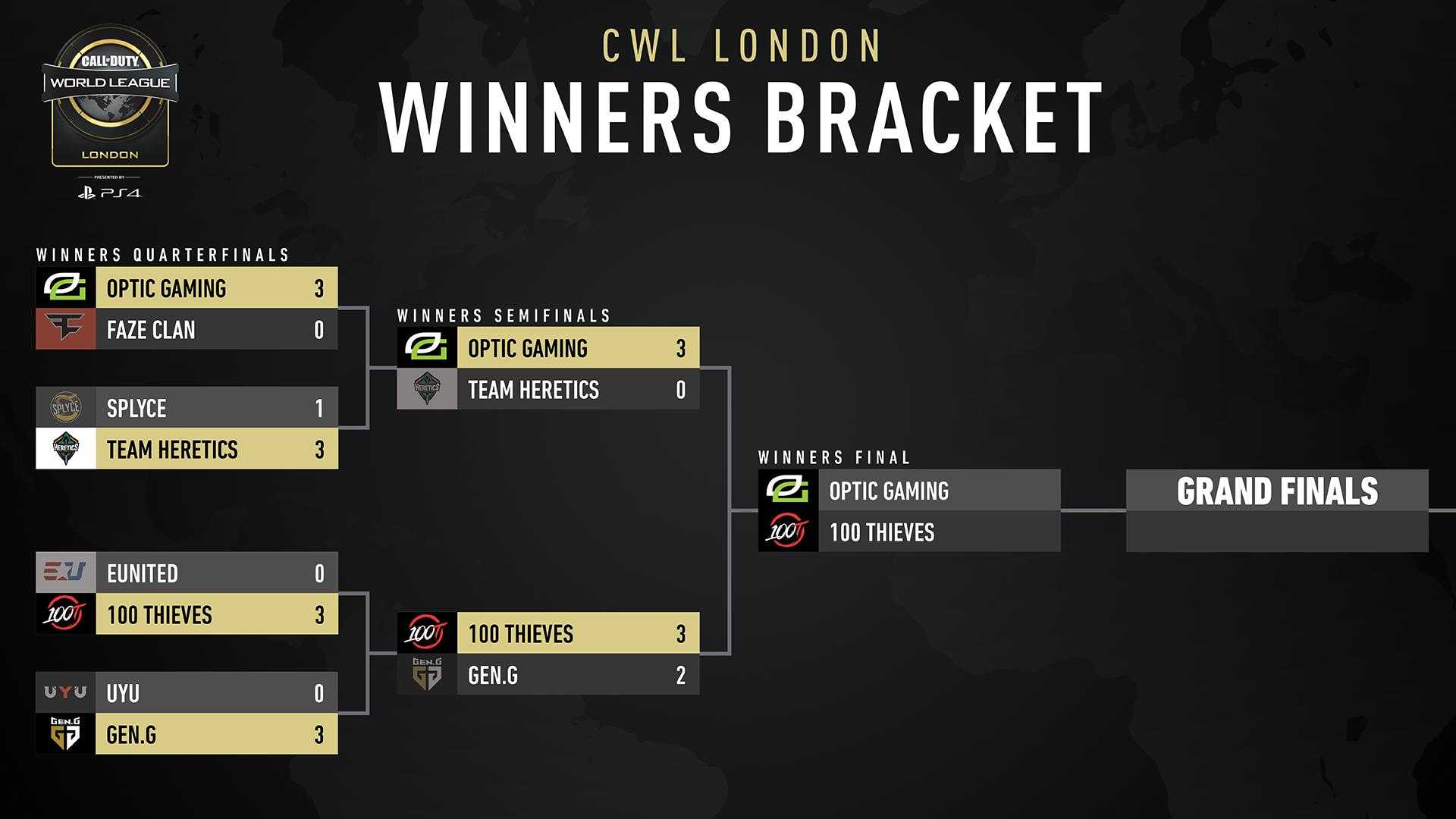 Down in the loser bracket we saw eUnited put together an impressive run, taking down Midnight and Reciprocity to setup a Sunday morning matchup with Heretics.

On the other side of the loser bracket we have Aches’ Team Envy who have made something of a quiet run to Championship Sunday, taking down Enigma6, Splyce and finally Luminosity Gaming, to setup a game with Gen.G. 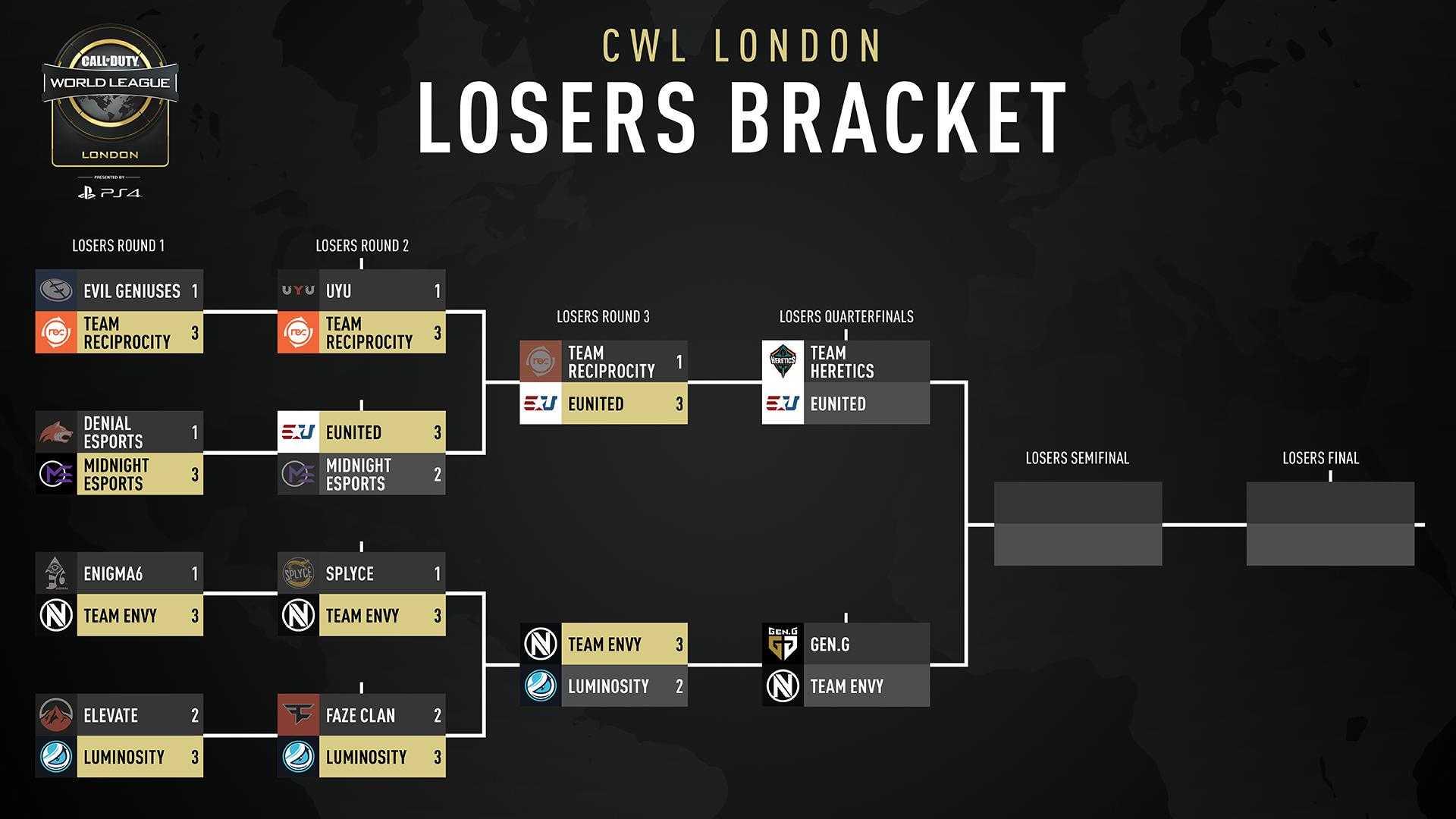 CWL London resumes on Championship Sunday, May 5, with the Open Bracket finals between Kairos Esports and Mindfreak, and the championship loser bracket matches, all starting at 10am local time (2am PST, 5am EST, 7pm). The winner bracket final between OpTic and 100 Thieves starts at 2:30pm local (7:30am PST, 10:30am EST, 11:30pm AEST).