With many options supposedly on the table for the former OpTic Gaming CEO, NRG founder Andy Miller told Cheddar Esports that his organization was “blessed” by the OpTic legend’s decision to join.

Just a few days later it was revealed that the builder of the Green Wall was to be a co-CEO at NRG alongside Andy Miller, as well as spearheading the Chicago-based franchise in the upcoming Call of Duty league.

Discussing the recent shakeup in a video interview shared by Cheddar Esports, founder and now co-CEO of NRG, Andy Miller, expressed that “we’re blessed that he picked us, he had a lot of options believe me.”

Elaborating on just how significant the presence of H3CZ will be to the organization, Miller explains that “it’s about his leadership and his vision, his content, his social skills, merchandising, design, we just like him to be much more of the face of the business than me.”

"We're blessed that he picked us."@NRGgg CEO @amiller discusses the what the addition of @H3CZ means for the organization and what plans they have for @Chicago_COD. #OWL2019 pic.twitter.com/ntrvRMM9Pw

The impact of the announcement was felt immediately throughout the industry. “All he did in his video was put on an NRG hoodie” as Miller described, “and boom, we picked up over a hundred thousand fans across our socials, we sold out of our merch, just had a different feel to the org.”

The transition came after months of behind the scenes drama that saw OpTic Gaming parent company Infinite Esports & Entertainment sold to Immortals Gaming Club. Since then, NRG has been “embraced by a lot of the Green Wall,” according to Miller.

With ownership of the Chicago-based Call of Duty franchise spot, Miller is confident that while Chicago will be “on the front of the jersey, hopefully we’re gonna be loved around the world.”

Through countless Call of Duty championships and the historic reign of the Green Wall dynasty, speculation has been rampant as to exactly which players will be signed to the Chicago team with H3CZ in the driver’s seat. Miller ensures that there will be some “superstars” on the roster however. 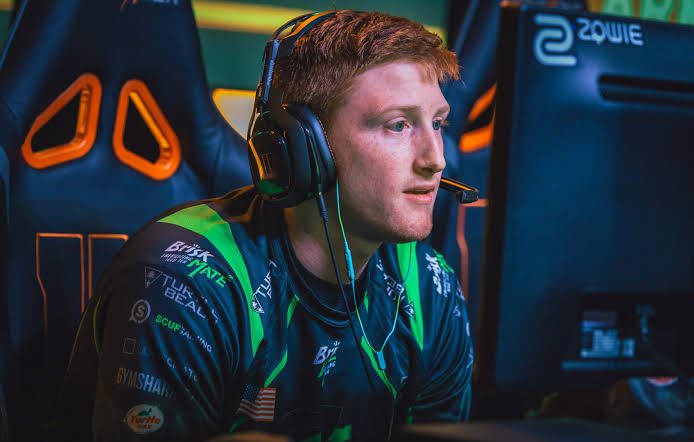 Could Scump be following H3CZ over to the Chicago franchise?
[ad name=”article5″]

The NRG-owned San Francisco Shock recently came away victorious in the 2019 Overwatch League Grand Finals after an incredible losers bracket run through the playoffs. It’s no doubt that the organization will be looking to replicate that success throughout 2020 in the Call of Duty scene.

Call of Duty franchises have slowly started to reveal their rosters for the upcoming Modern Warfare season, you can keep up to date with all of the latest developments here.

BeanJ on the VCS’ power after MSI 2022 triumph: “The world should be scared of GAM”