Just days after the last major update for Black Ops 4, Treyarch has released a game settings update that addresses a host of issues in every game mode.

While some patches for Black Ops 4 mainly focus on certain game modes alone, the November 9 update hits on all three game modes with plenty of fixes for each.

Chief among the changes are important stability improvements for all Zombies maps, as well as more weapon balancing updates for Blackout.

After posting a Developer Update on November 7 detailing upcoming fixes for the various crashes in the Zombies game mode, Treyarch has come through on that promise with some major fixes.

In addition to overall stability improvements for the game mode as a whole, Treyarch has released fixes for each map to fix different game crashes players have been experiencing on a regular basis.

Zombies players: as we mentioned in our last update… we’re going in. Expect the gritty details on stability fixes in our patch notes going forward, including today’s update. Even if a bug we’ve fixed is obscure or not easily defined, we’ll get as granular as we can in the details. These community updates are for all Black Ops 4 players, and we’re playing the game right along with you. Let’s do this. 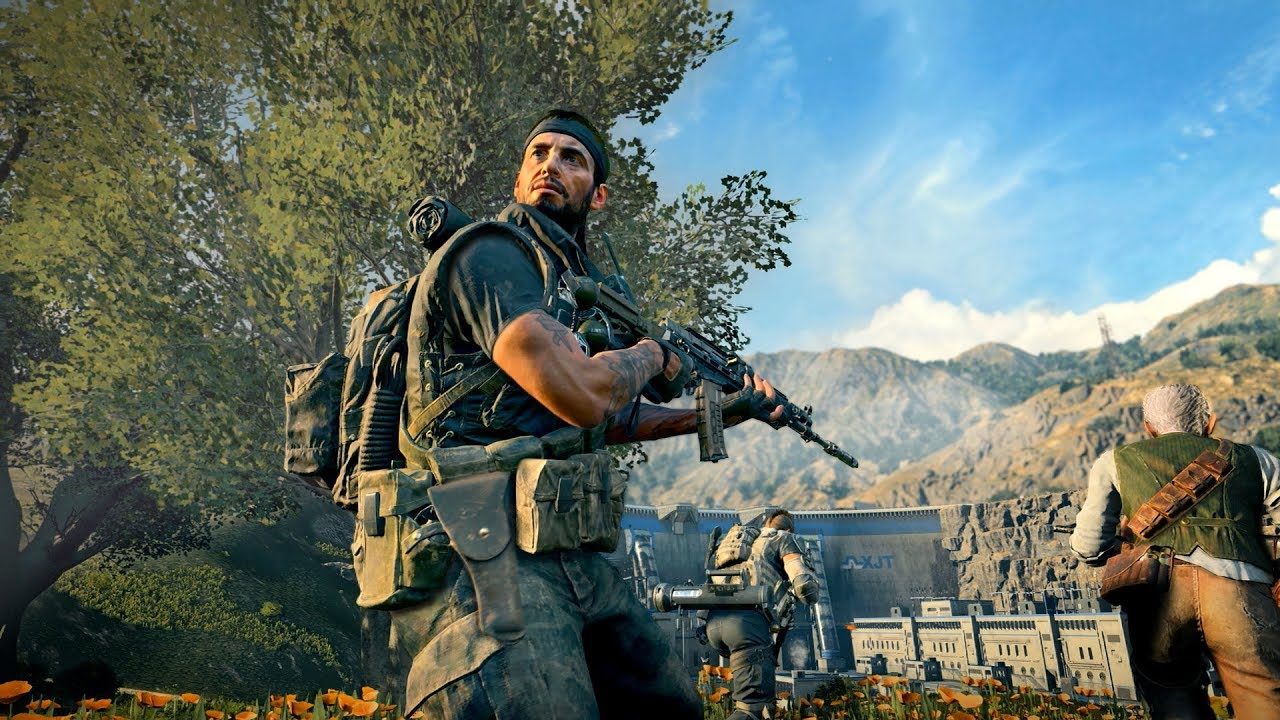 Treyarch has been hard at work with balancing Blackout, the game’s battle royale mode, since release on October 12.

The Paladin HB50 sniper rifle got a slight buff to headshots on enemies with Level 3 Armor and 200 health, making the damage a bit more consistent.

Concussion Grenades also got a slight adjustment in the wake of the removal of 9-Bangs, with players now being able to change stances while disoriented by the item.

Multiplayer fans weren’t left out, either, as some changes were made to the Hardcore game modes, including a sizeable SMG buff and a nerf to Body Armor.

We’re kicking off the weekend with our first 2X Tier Boost Event in Multiplayer and Blackout, plus 2X Nebulium Plasma in Zombies on all platforms, now live through 10AM PT Monday, Nov. 12! Everyone earns Black Market Tier progression twice as fast during the event – and new ways for all players to boost Tier progression through playing the game are on the way, including daily bonuses. 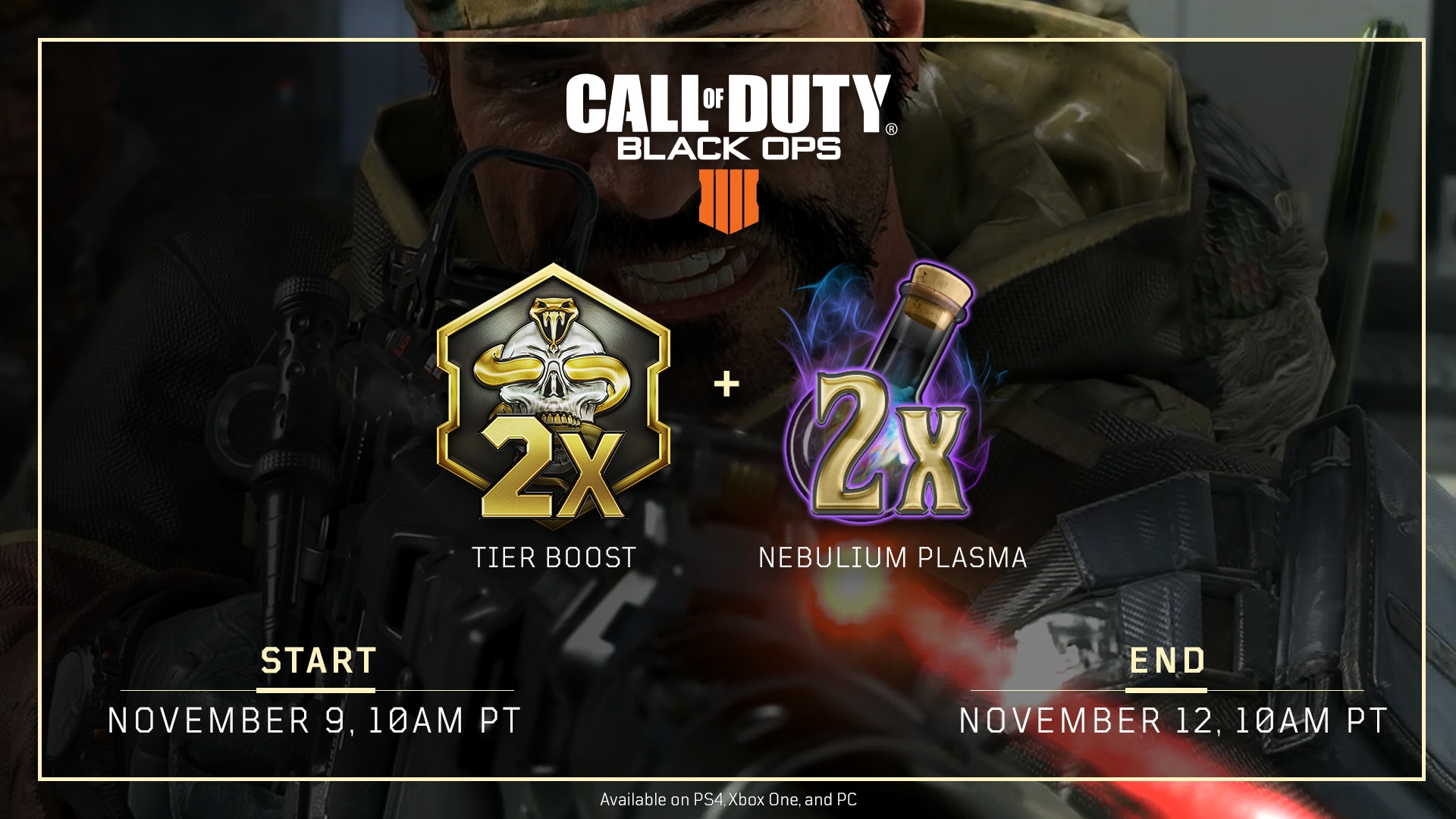 Zombies players: as we mentioned in our last update… we’re going in. Expect the gritty details on stability fixes in our patch notes going forward, including today’s update. Even if a bug we’ve fixed is obscure or not easily defined, we’ll get as granular as we can in the details. These community updates are for all Black Ops 4 players, and we’re playing the game right along with you. Let’s do this.

Speaking of which, we’ve made a new round of stability improvements in Zombies with today’s patch, including some crash fixes across all maps, as well as resolving specific bugs and crashes in IX, Voyage of Despair, and Blood of the Dead. See the patch notes below for the full list of fixes.

In Multiplayer, we’ve made some balancing changes to Hardcore modes to make SMGs more competitive in HC playlists, and we’re kicking inactive players more effectively to make sure your teammates are actually team players.

And in Blackout, we’ve tweaked the performance of the Paladin sniper rifle and the Concussion Grenade, and we’ll continue to monitor the effectiveness of all weapons and Equipment for future balance passes. Jump in and let us know how they feel.

Now, a look into next week: Nuketown arrives on PS4 on Tuesday, November 13! Stay tuned for a closer look at Black Ops 4’s revival of one of our most popular maps of all time. We can’t wait to jump in and play with you all very soon.

Finally, we’ve got some major game updates coming early next week. These will include new balancing tweaks, stability fixes, Featured playlists, gameplay improvements… plus new surprises as we celebrate the launch of Nuketown this month in Black Ops 4.

Have fun out there this weekend, and get ready for more updates early next week.