The release of Call of Duty: Black Ops 4 has gone as well as developers Treyarch and publishers Activision could have hoped.

The newest title of the popular first-person shooter series has seemingly lived up to its hype, and the viewership statistics back this up.

According to analytics provided by The Esports Observer, one of the world’s stop sources for esports business news and insights, Black Ops 4 has taken over viewership on Twitch since its release.

This is especially impressive considering that the LoL World Championship is currently taking place, and is the biggest event in the esport’s competitive season.

Rounding out the top-three, with 18.01 million hours, is Fortnite, which many are predicting that Black Ops 4’s Blackout battle royale mode will challenge in popularity. 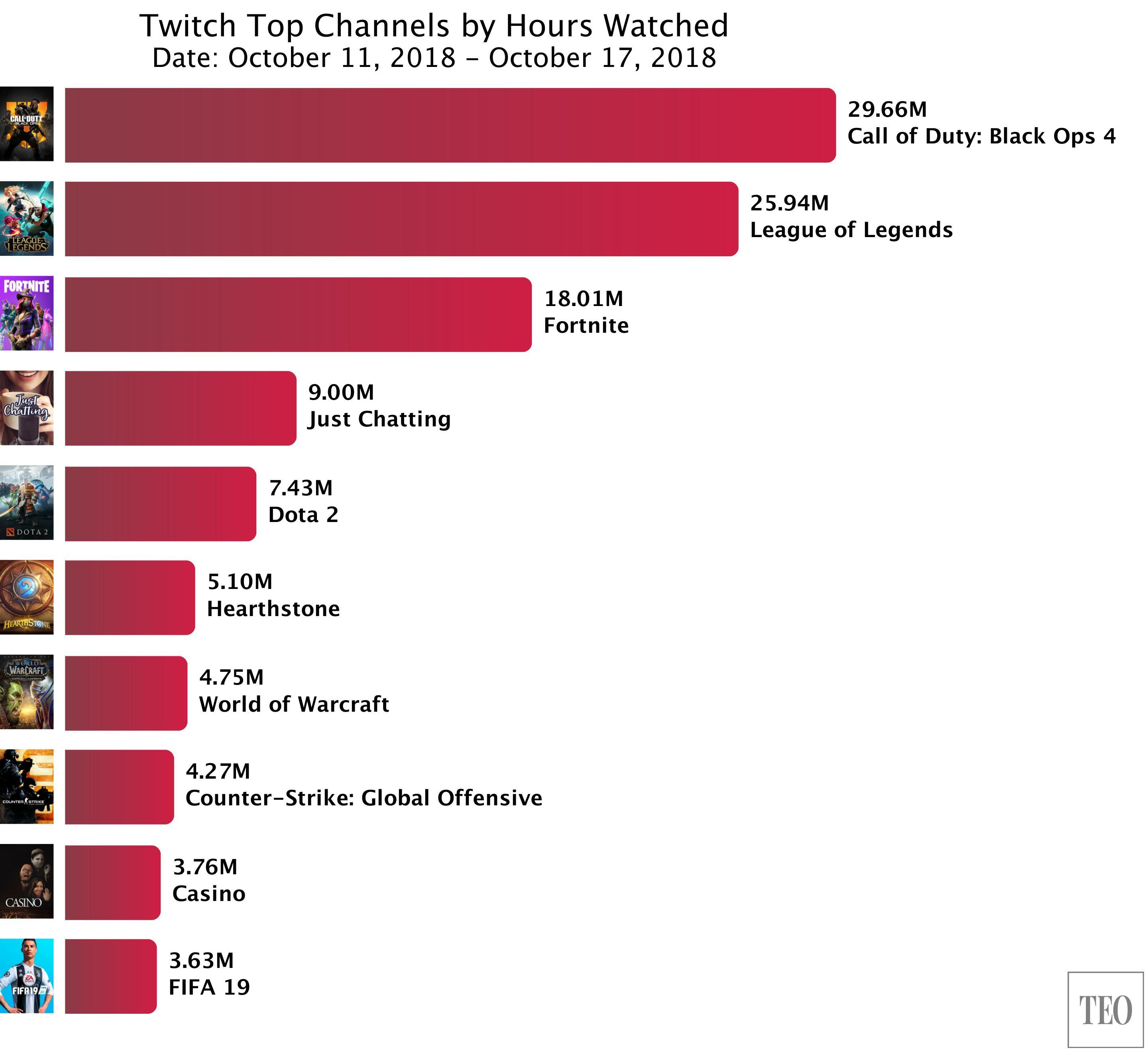 Some may dismiss these statistics as inflated because of the hype surrounding Black Ops 4’s release. While this may end up proving true, it’s hard to argue with the stats that have actually been collected.

It’s worth noting that many top Fortnite streamers, such as Ninja, Timthetatman, and NICKMERCS, have spent time streaming Blackout as well, in addition to other big-name content creators such Shroud, Dr DisRespect, and others.

These creators have taken full advantage of the game’s three full-fledged modes – Multiplayer, Blackout, and Zombies – and it looks as though viewers are buying into the hype.