After months of build up, we have finally seen the Call of Duty: Modern Warfare multiplayer gameplay. The event showed CoD enthusiasts a glimpse of what they can look forward to, including the new ‘field equipment’, which takes the place of specialists.

With specialists being a major part of previous Call of Duty games (Black Ops III, Infinite Warfare and Black Ops 4), fans made it clear they didn’t want them to return in the next title. 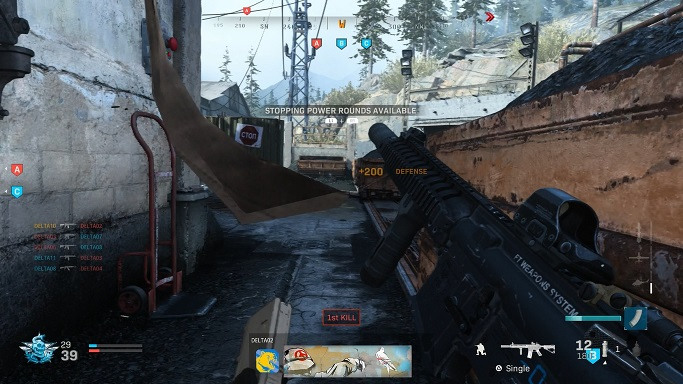 What is field equipment in Modern Warfare?

Field equipment isn’t part of your loadout, but instead a separate ‘rechargeable skill’ which you can use, as the name suggests, when it recharges. The recharge time is based on time played, point scoring and kills – making it a more balanced addition that rewards skill.

By default, your field equipment is utilized by pressing L1 + R1 (on PS4) when the charge is full, just like activating a specialist in past games.

It’s unclear exactly how many of these abilities there will be in the final game, but we’ve seen a handful from the reveal event, including stopping power rounds.

Field equipment is Infinity Ward’s resolution to the divisive specialists. Black Ops III was the first game specialists were introduced and they appeared for the second time in the latest CoD game, Black Ops 4. Infinite Warfare called them ‘rigs’, but, for all intents and purposes, they were the same thing.

A frequent complaint about Black Ops 4 multiplayer was how powerful some of the abilities were, with many needing to be banned (or gentlemen’s agreements made not to use them). The CoD community also felt specialists’ abilities were unfair, as they could be earned simply through time, rather than solely kills or points.

An excellent example of this is the specialist, Zero. She had the ability to steal or destroy all your killstreaks and this could be achieved by simply sitting in spawn. So a player could have earned a strong killstreak, only to have it nabbed by a Zero who had been on the losing side, but had been alive long enough to earn the ability.

From what has been revealed so far, it looks Infinity Ward have been meticulous when it comes to making Modern Warfare balanced and realistic. It’s no wonder Call of Duty fans can’t wait until it releases on October 25.