These CDL franchise skin concepts would be perfect for Modern Warfare

As the competitive Call of Duty scene transitions to a franchise-based league in 2020, just how Activision will support the professional scene from within Modern Warfare itself, remains to be seen. One popular designer has taken it upon himself and showcased how esports weapon camos could look in the upcoming release.

Releasing in just a few days on October 25, the Call of Duty community is avidly anticipating the latest installment in the FPS franchise.

With the drip-feed of franchise announcements leading up to the game’s release, one creator has gotten ahead of the pack and dedicated his efforts to showcasing a potential esports weapon camo in Modern Warfare.

Unveiled on October 20, the Envy owned franchise revealed the blue and gold Dallas Empire branding with a logo that subtly pays homage to the parent organization.

I'll make better camos with the meta weapons once that is clear.

(Last time I post this, keep noticing tiny mistakes and it's tilting). pic.twitter.com/xQyECOqDDA

The unique design covers every aspect of the weapon in focus, from an entirely golden scope to the team name being plastered on the hilt of the gun.

“Wait dude this is FIRE,” Call of Duty veteran and Dallas Empire member James ‘Clayster’ Eubanks responded to the post, evidently supporting the movement to get team camos in Modern Warfare.

Wait dude this is FIRE

Known predominantly for his Call of Duty World League trading cards, this isn’t the first time that the designer has created weapon camos in Call of Duty. He ensured that plenty of additional weapon designs will be coming in the near future as more brands are revealed.

“I’ll make better camos with the meta once that is clear,” he stated. With the New York and Los Angeles-based franchises having recently unveiled their respective branding, it’s only a matter of time until each and every brand is unveiled in full. 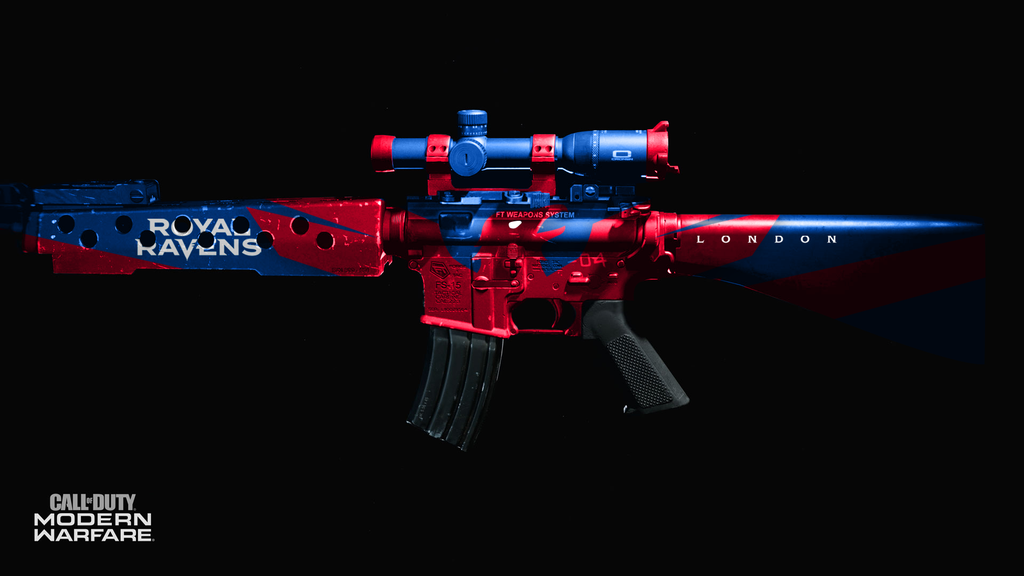 The London-based Royal Ravens were the focus of another gorgeous camo design.
[ad name=”article5″]

The last time that we saw official esports weapon skins in a Call of Duty title was with Sledgehammer Games’ WWII. Powerhouse brands like OpTic Gaming and eUnited were represented, with fans able to don camos of their favorite teams across all weapons.

Whether Infinity Ward will reinstitute esports-centric weapon skins in 2019’s Modern Warfare remains to be seen. However, if the response to this community design is anything to go off, pro players and fans alike are highly supportive of getting the new franchises in-game.