You should think twice before attaching a Tac Laser to their favorite weapons in Modern Warfare as a new glitch is punishing players for aiming with the unique laser sight.

A number of devastating issues have plagued Infinity Ward’s latest iteration in the Call of Duty franchise since its release on October 25. Dedicated players have grown frustrated over the low tick-rate servers, and Skill-Based Matchmaking systems have been the focal point of much controversy. Beyond that however, the moment to moment gameplay itself is riddled with bugs and oversights aplenty.

Further adding to the list of outrageous flaws in Modern Warfare, a new glitch has been uncovered that proves the Tac Laser attachment is an outright detriment in the midst of combat. 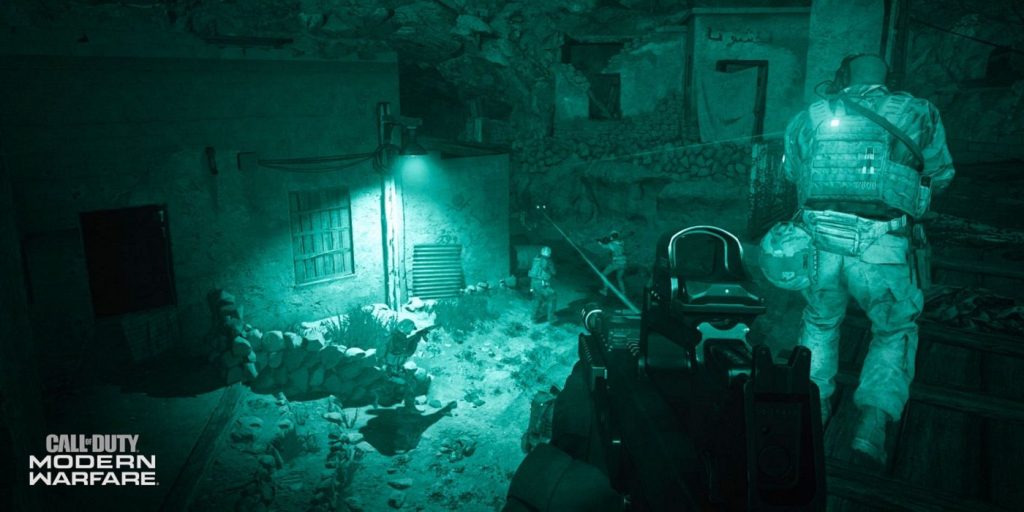 Laser sights have been popular attachments in Call of Duty titles for a number of years, this new bug might knock the attachment down a few pegs however.

Demonstrated throughout a December 15 match, one particularly unlucky player that goes by the name of ‘Xeccess,’ discovered how the Tac Laser attachment can actually be the sole factor that leads to your downfall in combat.

Taking up a defensive position behind a red shipping container on Shoot House, the player mounted their assault rifle and waited patiently for an enemy to walk into an ideal field of view. Intentionally focusing their aim at a nearby wall rather than the gap, the player intended to obscure their Tac Laser in order to hide their position.

Unfortunately, the game had other plans as the enemy came storming forward and instantly picked off the mounted player. As the KillCam quickly revealed, the prominent green laser was not obscured from the opposing point of view, leading to a quick and easy elimination.

While the attachment is supposed to increase accuracy while aiming down sights, this ridiculous bug highlights how broken the Tac Laser can be when attempting to mount any given weapon.

Similarly prevalent throughout the Night Vision Goggles mode that was newly introduced with Modern Warfare, laser sights are often presented inaccurately for various players on the dimly lit maps.

Rather than appearing identical for all who see it, the weapon attachment can easily give away enemy positioning without them even realizing, as was demonstrated in the aforementioned highlight.

“Noticed this in the NVG mode too. Pretty stupid,” Reddit user ‘Hartstockz’ chimed in, indicating how the Tac Laser bug isn’t exclusive to any singular weapon.

Comment from discussion The ‘Tac Laser’ trajectory is broken when mounting against walls due to broken camera angles.

Considering this bug seems prevalent throughout the game, it’s evident players should steer clear of the laser attachment until Infinity Ward addresses the issue and improves the accuracy of its trajectory.

A useful tactic to keep in the back of your mind until the bug is patched, however, is if you spot a green laser in the midst of combat any time soon, it doesn’t necessarily mean your opponent knows it’s visible.