Activision and developers Infinity Ward have responded to calls to support the relief effort in Australia, where bushfires are ravaging the nation, with a new charity bundle in Modern Warfare.

When news of the devastation caused by the Australian fires started to spread across the world, the gaming community called on developers to do what they could through microtransactions to raise money.

Fans of both Call of Duty and Apex Legends suggested that cosmetic items could be added, with money raised from purchases going directly to the cause.

Infinity Ward has stepped up to the ‘call of duty’ on January 11, renaming their Outback bundle and pledging all proceeds from it to the relief effort.

The pack includes a total of eight items, including an Operator skin and a Sniper Rifle camo, plus a cute Koala bear to attach to your weapon.

“We’re donating 100% of Activision’s net proceeds from each purchase of the ‘Outback’ pack, which we’ve renamed the Outback Relief Pack,” the news announcement from IW states. 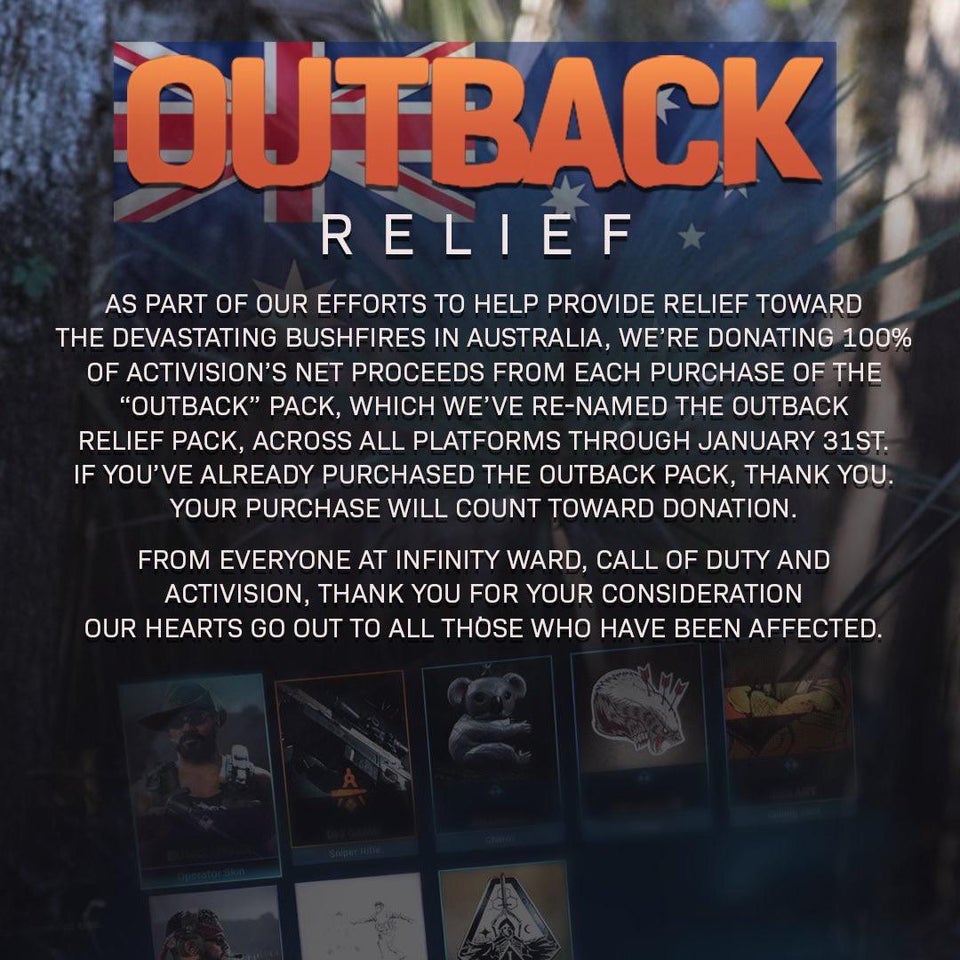 The full details of the Outback Relief bundle.

The pack is available on all platforms until January 31, and can be purchased with COD points from the in-game store.

The news was met with widespread praise from fans on social media and Reddit, giving the team at Infinity Ward credit for acting quickly and helping with a much-needed cause.

There are still plenty of complaints about the game itself, but generally, the reception to the store and monetization systems in Modern Warfare has been positive.

One issue players have highlighted though, is the inability to purchase individual items from bundles. Instead, players are forced to buy the entire bundle, even if they only really want one or two of the included items.

However, with this bundle going towards a cause in dire need, with the fires still raging on in Australia, no one should have any complaints purchasing the whole thing.