With the 2019 Call of Duty World League Championships only a few weeks away, we take a look at the players who have been present at every single iteration of the prestigious tournament, and it’s fair to say there’s a few surprises in there.

The 2019 Call of Duty World League Championship takes place from August 14 to August 18, as the best CoD players in the world descend on Los Angeles for their share of the $2 million prize pool.

This will be the seventh instalment of Call of Duty’s most revered tournament; not including 2011’s CoD XP. Here are the nine players to have attended every single CoD Champs, as some of the game’s biggest names miss out. 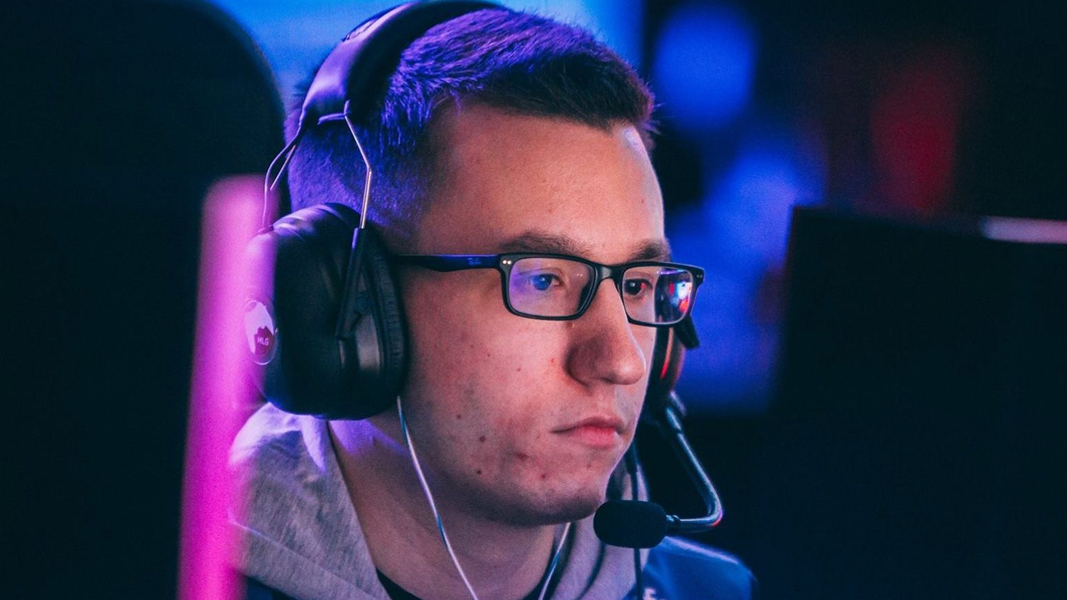 ACHES is a two time Call of Duty World Champion.

We kick off this list with Patrick ‘ACHES‘ Price, commonly regarded as one of the ‘villains’ of Call of Duty. This is likely due to his frequent clashes with fan favorites OpTic Gaming, most notably when his Cloud9 roster dispatched of OpTic in a dramatic Map 5 Round 11, back at 2016’s Black Ops III Championships.

However, what remains indisputable is his incredible Call of Duty talent, as he picked up his second ring at 2018’s CoD Champs, while representing Evil Geniuses. This supplements his first world title, which he won back in 2014 on Ghosts, alongside the fabled compLexity roster of Karma, Crimsix and Teepee – with Mr X as coach.

He currently plays on Team Envy, alongside SiLLY, Decemate, Gunless and Assault. 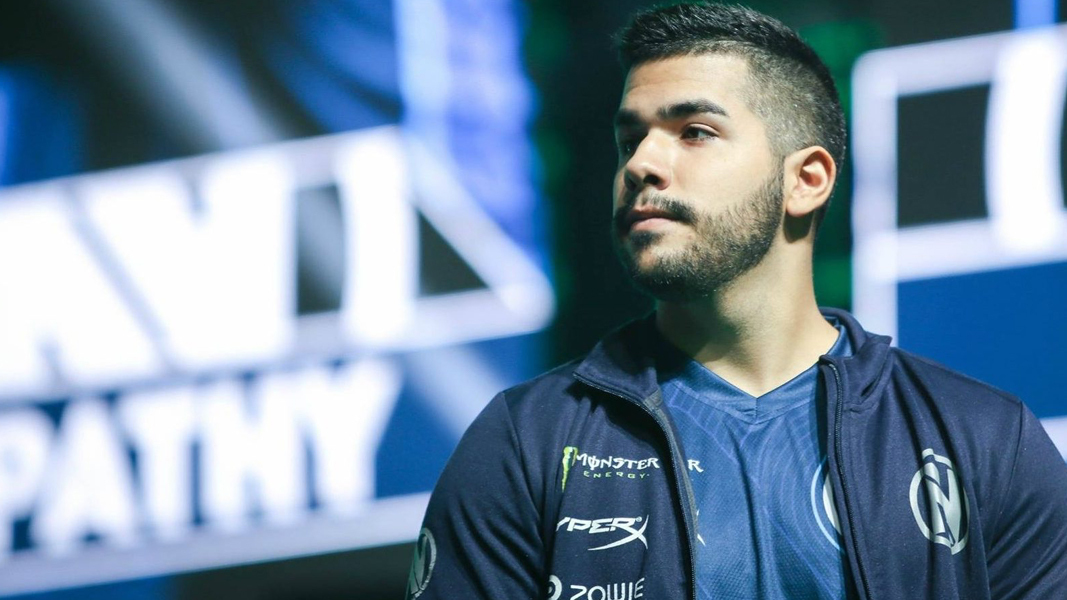 Apathy was close to retirement as a CoD pro, but stuck with the esport, and has taken home two rings.

Bryan ‘Apathy’ Zhelyazkov is another to have appeared at every CoD Champs. He is one of only two players (alongside JKap) to feature in three consecutive Champs Grand Finals, in 2016, 2017 and 2018.

He won two of those, in Black Ops III on Envy, and WW2 on Evil Geniuses. In 2017, the same Envy roster that won the previous year, lost out to OpTic Gaming in the Grand Finals on Infinite Warfare.

He currently plays alongside Xotic, Attach, JKap and Accuracy on Evil Geniuses. 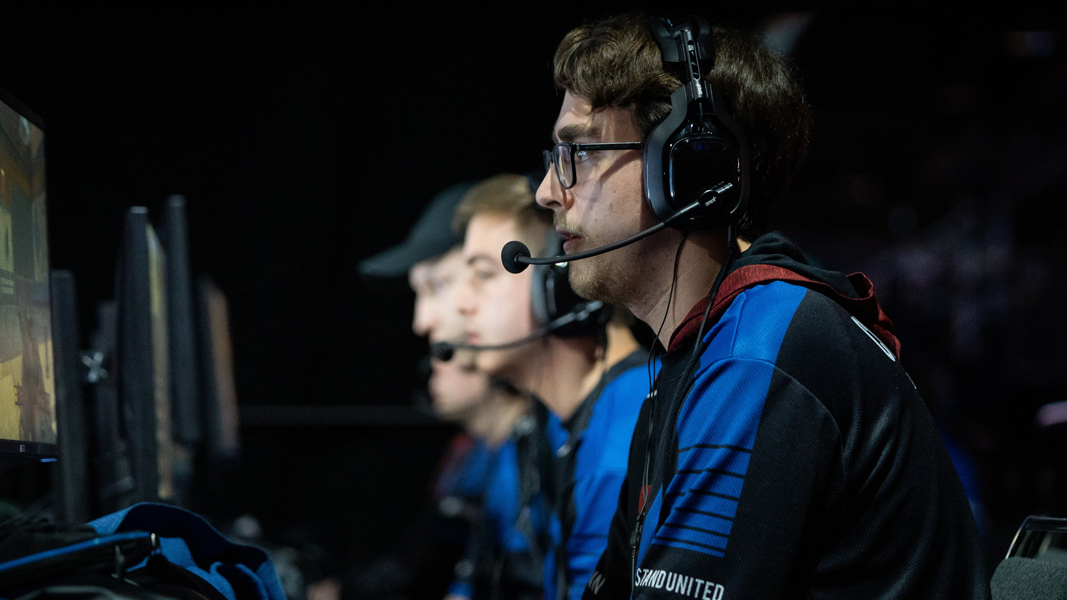 Clayster is one of CoD esports best known figures.

James ‘Clayster‘ Eubanks is one of the biggest names in Call of Duty esports, having been a staple member of the community since its inception nearly ten years ago. In that time, he has established himself as one of the best ARs of all time.

He has won one CoD Champs, during Advanced Warfare in 2015, while part of Denial eSports. Since then, he has struggled to find consistent placements, but recently won the CWL Grand Finals with eUnited, and they will look to take this fine form into the upcoming Champs. 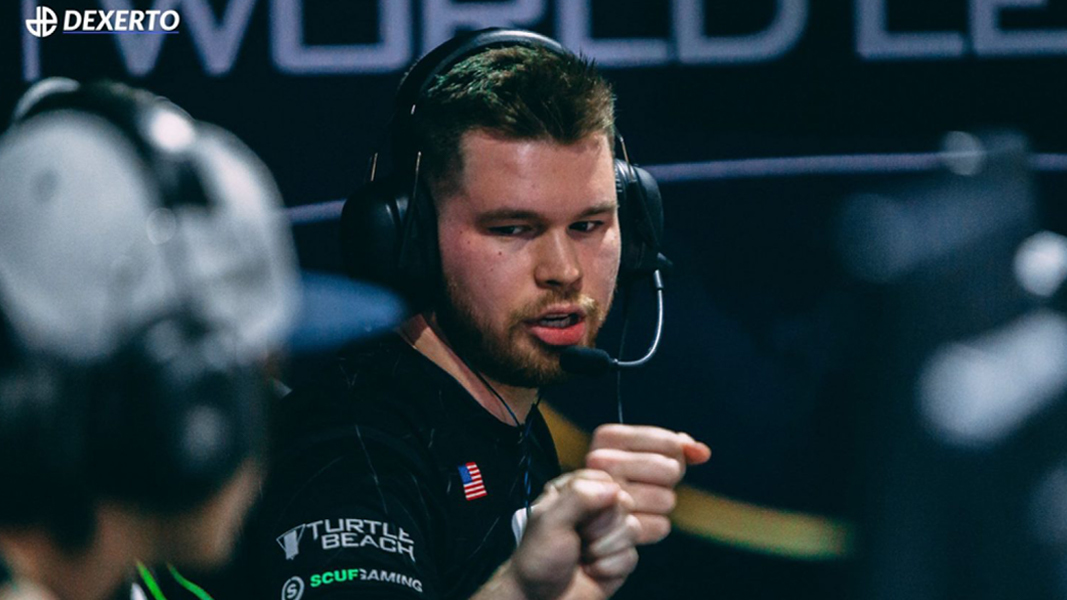 Crimsix is the most winningest CoD player of all time.

It’s impossible to have followed competitive Call of Duty and not come across Ian ‘Crimsix‘ Porter: a man so talented that winning has become habitual, rather than something requiring significant endeavour.

A member of OpTic Gaming since November 2014, Crimsix has won 32 major tournaments in his time as a professional. He won CoD Champs in 2014, on the aforementioned compLexity Gaming roster, before taking 2017’s alongside Scump, FormaL and Karma, and completing the OpTic Gaming dynasty.

He still plays alongside Scump and Karma on OpTic, as well as TJHaLy and Dashy. 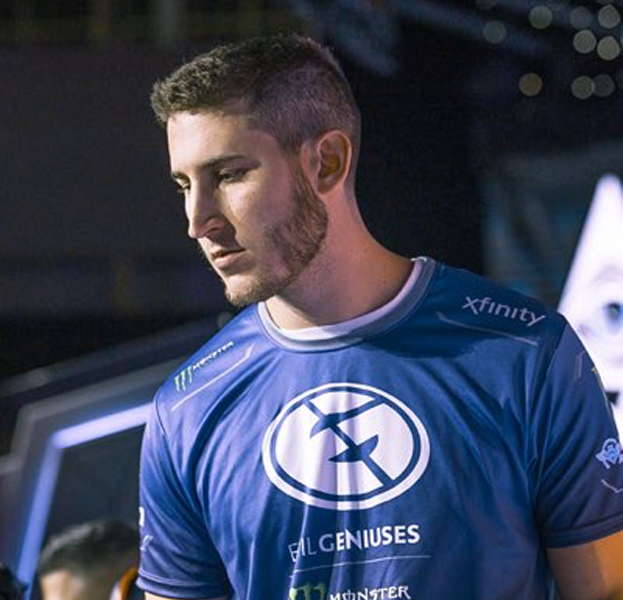 JKap is the third-highest earning CoD pro of all time.
700

Jordan ‘JKap‘ Kaplan is one of very few people to have won two CoD Champs. As previously mentioned, he featured in three consecutive Grand Finals, winning in 2015 on Denial, and 2016 on Team Envy.

His impressive record at the biggest tournaments sees him place third on the list of highest earning CoD pros, with earnings of just under $700,000.

He currently plays on Evil Geniuses, alongside Xotic, Attach, Apathy and Accuracy. 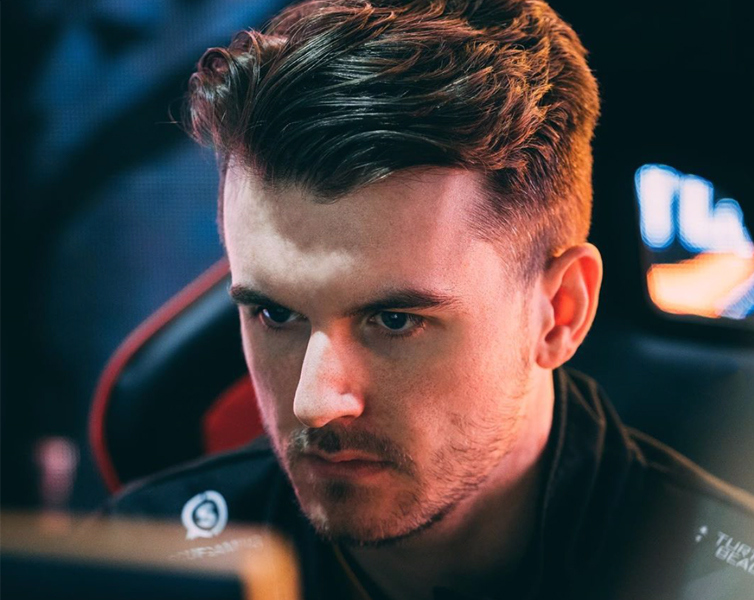 Jurd has played for Splyce for just under 3 years.

Jordan ‘Jurd’ Crowley is one of only two European’s on this list, hailing from Ireland, and has never actually won the Call of Duty Championships, despite featuring at all 6 so far.

He is probably best known for winning CWL Stage 1 Finals in Infinite Warfare, on Splyce. The Splyce roster of 2017 is much different to the one he is part of today, where he plays alongside Loony, AquA, Temp and Huke. 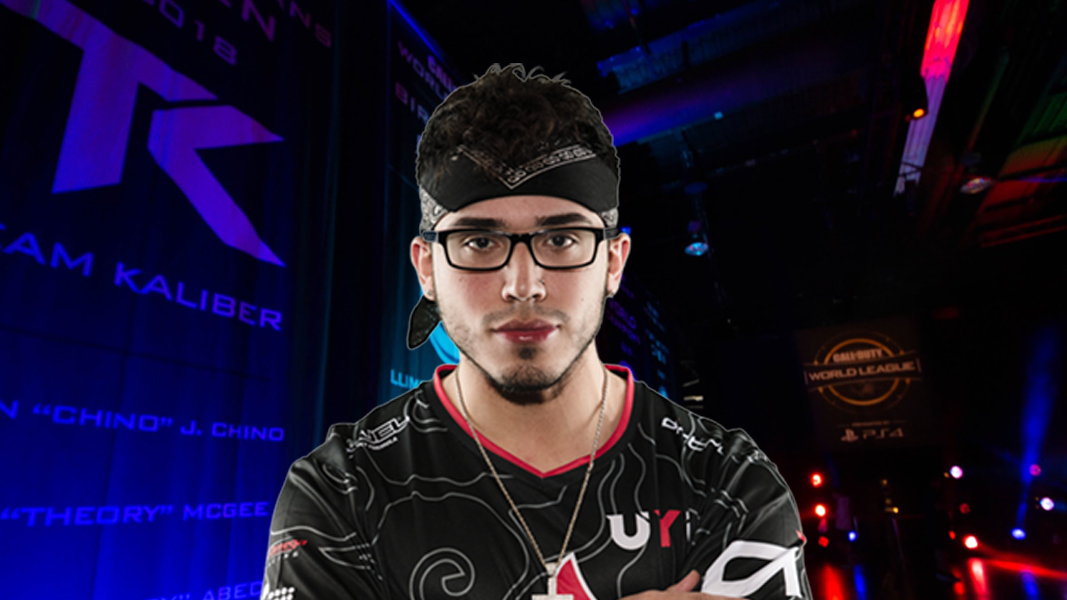 Saints is a veteran of the CoD scene, but has struggled to find a long term home in the last few years.

Renato ‘Saints’ Forza, like Jurd, is one of the few players on this list to have never won a CoD Champs ring. His best finish at Champs came during Infinite Warfare, when Luminosity Gaming finished third, and took home $100,000.

Since leaving Luminosity in late 2017, he has flitted between rosters, including Echo Fox, Evil Geniuses, PIT Knights and Midnight Esports.

He currently plays for UYU, alongside Methodz, Blazt, Classic and Phantomz. 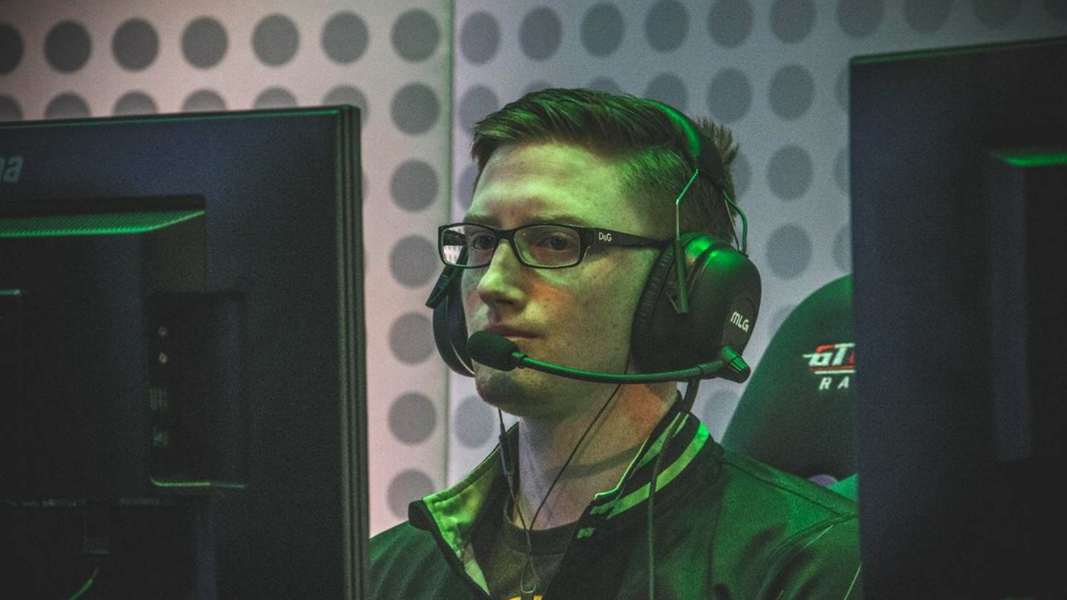 Scump is arguably the most well-known CoD pro, with over 2m Twitter followers.

Seth ‘Scump‘ Abner is widely considered one of the best CoD players ever, and the best SMG player of all time. He was generally considered as being “cursed” at Champs, given his inability to win the tournament in his first four attempts.

He is the only player on this list to have represented the same organization at every tournament he has attended;  repping the OpTic jersey alone for the past 6 years.

However, he broke this curse and cemented the OpTic Gaming dynasty when they lifted the 2017 World Championships, in what is generally considered the greatest roster of all time. He has struggled in Call of Duty since the end of Infinite Warfare, winning only one major tournament since then.

He will be hoping to turn this form around at 2019’s Champs, alongside the stacked roster of Karma, Crimsix, TJHaLy and Dashy. 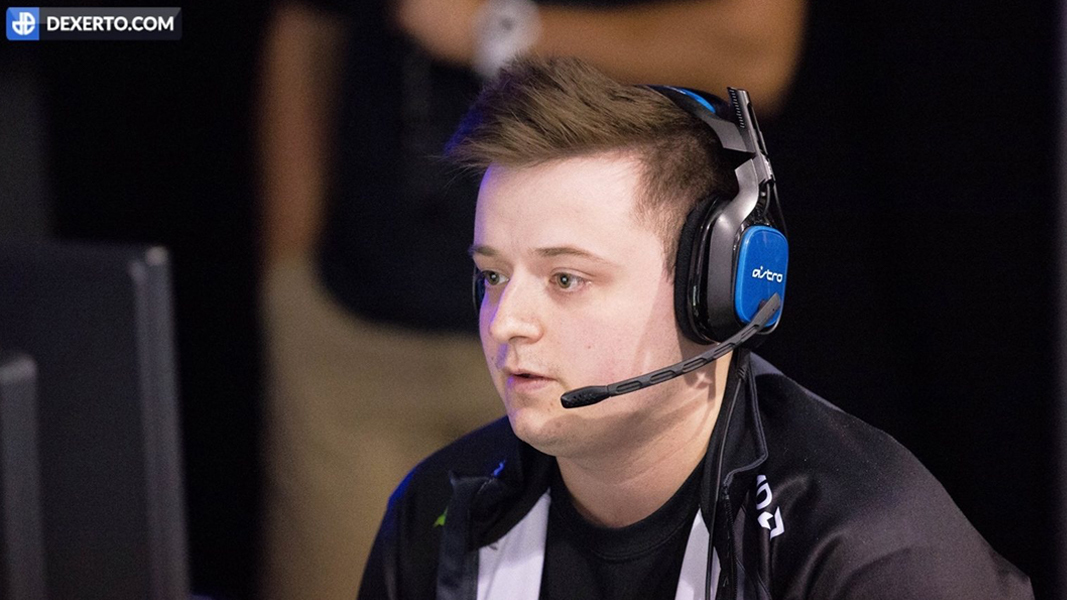 Tommey is the second European player to feature on the list.

Rounding off the list is Thomas ‘Tommey’ Trewren, a veteran English player who has never won a World Championship ring. Despite attending every CoD Champs so far, he has never finished above 9-12th.

The only player on this list to qualify for 2019’s tournament via the Open Bracket, he currently plays on Sicario Gaming, alongside Chino, Proto, Exceed and Linney.

Goonjar, Theory and Buzzo all miss out on Champs for the first time, after failing to qualify via the Open Bracket.

Also very noticeable is the absence of Damon ‘Karma‘ Barlow, the only player to win three World Championship rings: 2013, 2014 and 2017. He was dropped by OpTic Gaming during the WW2 season and so missed the 2018 tournament, before rejoining the Greenwall for Black Ops 4. 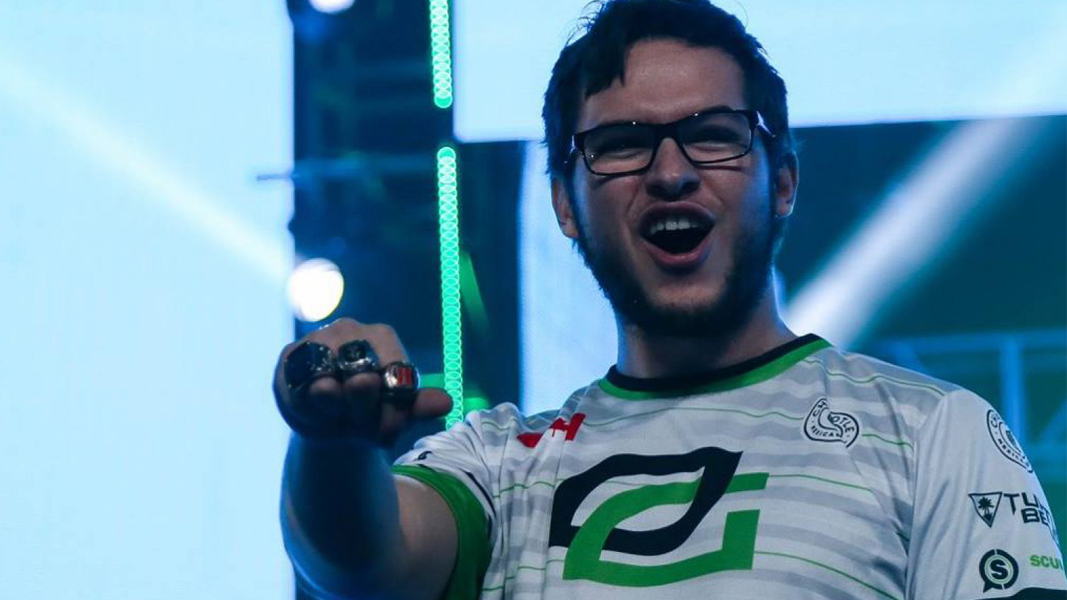 Karma is considered by many to be the best CoD player ever, thanks to his 3 rings.

For all the news and updates regarding this year’s Call of Duty World League Championships, stay tuned to Dexerto.