Infinity Ward have added a new option in Call of Duty: Modern Warfare that allows players to increase the size of their mini-map by over 20%.

The mini-map in multiplayer has been one of the more controversial aspects of Modern Warfare since even before the game released.

In fact, Infinity Ward were actually planning on not having it in the game, but the massive backlash from the community during the Beta essentially gave them no choice but to add it back, albeit still with no red dots showing where enemy players are firing their weapons. Infinity Ward initially did not want to include a mini-map in Modern Warfare multiplayer.

Well, for the first time since then, the devs have actually made a change to the mini-map. The 1.17 patch on March 10 added a new option to the settings that turns the map from the default circle shape to a square.

While this change doesn’t sound massive, it actually is; according to unofficial calculations made by Reddit users, this change has resulted in the mini-map being expanded by 21.5%.

This means that players will be able to keep tabs on a larger area surrounding them, and potentially get a better idea of enemy player and spawn locations, especially when there’s a Personal Radar or UAV in the air.

How to change mini-map shape in Modern Warfare 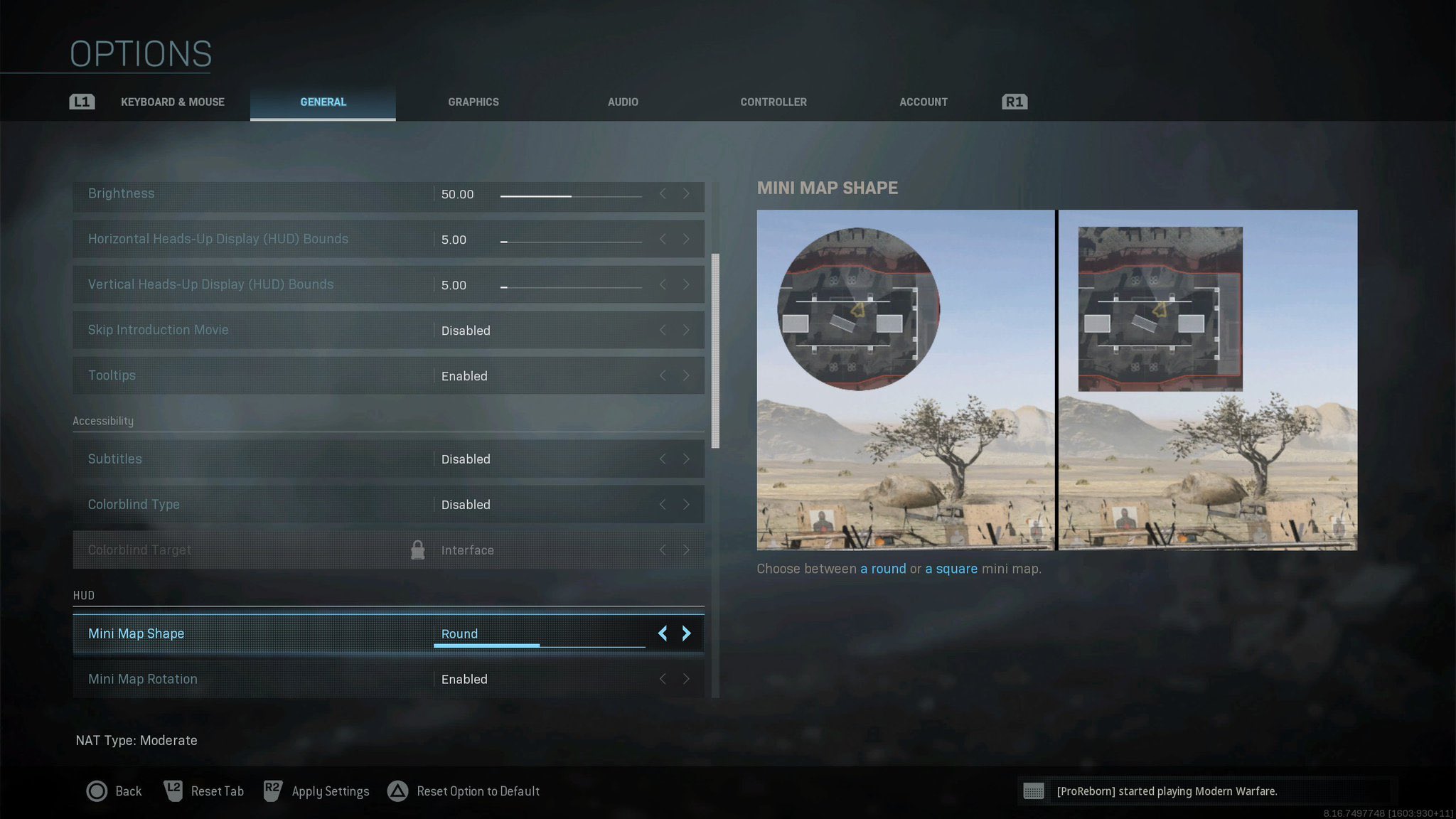 You can change your mini-map to be a square in Modern Warfare, increasing its size by over 20%

In order to switch from a cirular mini-map to a square one, all you have to do is go to your options, tab over to ‘GENERAL,’ scroll down to the section labaled ‘HUD,’ and switch the option labeled ‘Mini Map Shape’ to ‘Square.’

The change should be effected immediately, and you should be able to see a square mini-map once you click to apply the new settings.

As you can see in the image above, the addition of four corners adds a considerable amount of area, and the difference in size is easily noticeable.

There are some large maps in Modern Warfare, so having a bigger mini-map will help.

All things considered, this is a pretty massive change, because the mini-map plays a huge role in Modern Warfare multiplayer, both casual and competitive.

In fact, in competitive matches, such as the CDL Ruleset playlist, you can see enemy red dots at all times, so this could be even more impactful when playing with the official Call of Duty League ruleset.

For more information about the rest of the patch, such as the launch of Warzone battle royale and the addition of the new VLK Rogue shotgun, make sure to check out our Modern Warfare March 10 1.17 update patch notes.