UPDATE – The person who has leaked this new Perk has confessed that the artwork and description were made by him, although he maintains that the Perk does exist in the game.

A brand new Perk has been revealed for Call of Duty: Black Ops 4 ahead of the game’s launch on October 12.

According to an image leaked by Spanish Twitter user @GuiasTacticasES, Black Ops 4 will include Medic Perk, which had not been previously announced or revealed by Treyarch.

The image contains the Perk and its description, which has been loosely translated from Spanish using Google Translate.

It looks as though this Perk is meant for those who want to heal in-game via the classic Call of Duty auto-regeneration way and not using the new manual healing system that has been introduced in Black Ops 4. 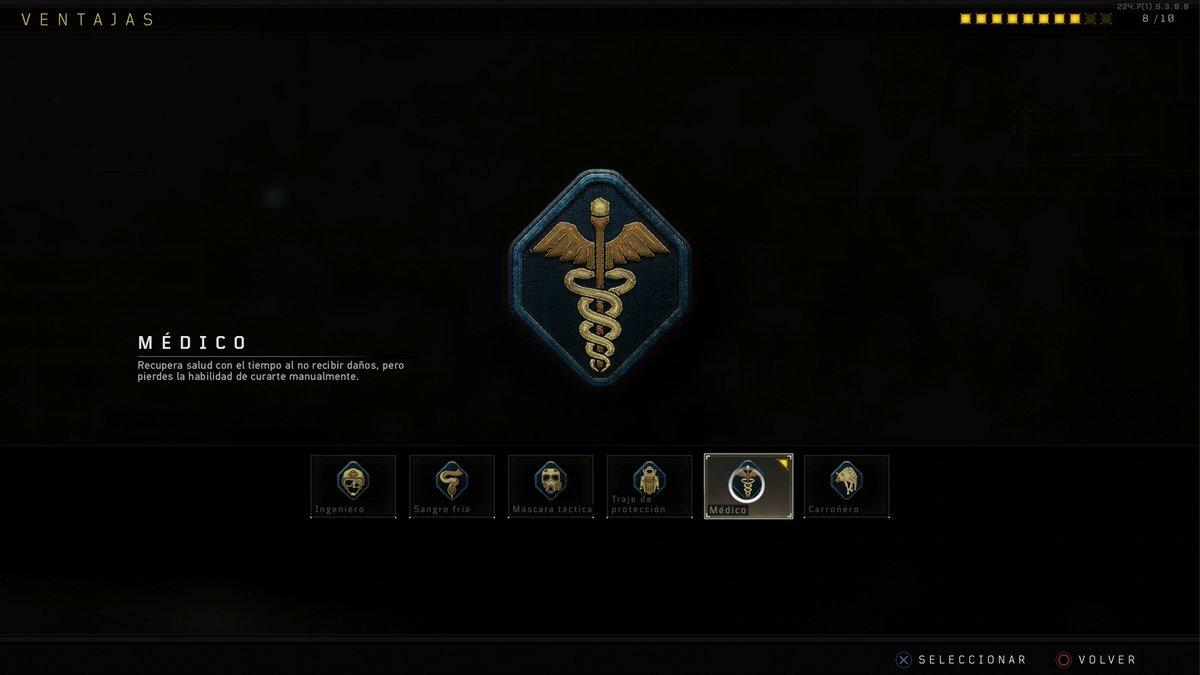 Medic joins a list of Perks that had already been revealed during the beta testing phase of Black Ops 4. According to the leak, Medic will appear under the Perk 1 category in the create-a-class menu.

Now that Medic has been revealed, the full confirmed list of Perks goes as follows:

Show enemy equipment and scorestreaks. Lock on to vehicles faster.

Recover health over time by not receiving damage, but you lose the ability to heal yourself manually.

Fire your weapon and use equipment while sprinting. Recover from sprint faster. Move at full speed when reloading.

Move faster and take no damage when falling.

Increased Fog of War reveal radius for self and teammates.

It is not yet clear whether this is the full extent of the Perks that will be available in Black Ops 4 Multiplayer, or if there will be more revealed in the days leading up to the game’s release.