The Call of Duty competitive landscape will drastically change soon with the introduction of a franchised league, and Heretics owner Jorge ‘Goorgo’ Orejudo is seeing his chances improve to being a part of it.

It’s going to be a long road for teams trying to get into one of the coveted franchised spots in the new Call of Duty League, and not every household team name will be able to make it in.

While the likes of OpTic as well as other investors have secured their spots in Los Angeles and Minnesota, others spots have already been claimed as well in the new league’s Atlanta, Dallas, New York, Paris and Toronto teams. 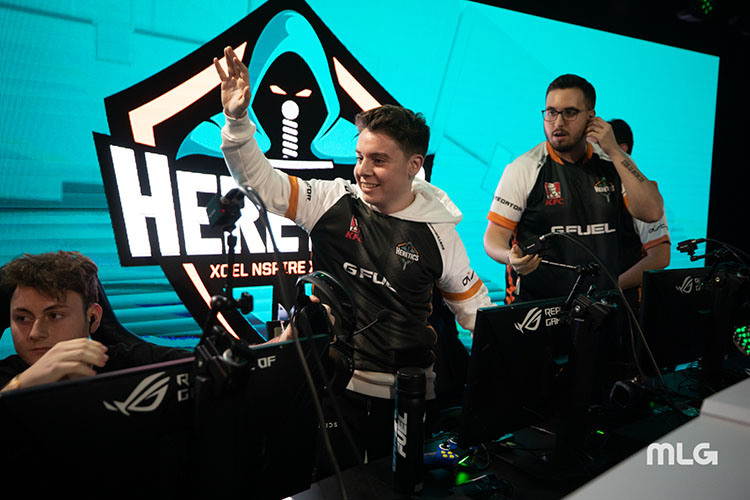 Even with highs and lows, the Heretics have been an exciting team to watch and could add value to a franchised league.

The question of owning a franchised team is still up in the air for Goorgo, but he’s been giving his fans hopeful updates as his “chances” of getting in the league are steadily increasing.

In a mid-June update, the Heretics owner said they “have like a 50% chance of getting a spot,” but after his latest rounds of talks he boosted that percentage ever so slightly to around 60%.

Even though it’s going to be a waiting game for the CoD team with the most vamos, the owner came back on July 8 to give another key update in their progress with simply: “70-30.”

This is directly referencing his other messages indicating the possibility of owning a franchised spot in the league. It seems that whatever has happened since his July 5 update of “60-40,” Goorgo has been making good headway into locking down a spot.

Heretics fans would love to see an iteration of the team in the new franchised league.

With the league already set to feature international spots in Paris and Toronto, there’s little reason to suggest that a CWL club couldn’t be situated in a major Spanish city.

This might be one of the focal points to iron out before Goorgo and company get to a 100% chance of being welcomed into the new league.

The Heretics have been one of the most exciting teams to see in the CWL, and have also qualified for a spot in the Pro League Playoffs.