The first roster change of world famous esports organization FaZe Clan has been announced, as the Call of Duty World League makes its transition into a franchise-based competition.

FaZe Clan experienced mixed fortunes over the course of Black Ops 4, with a third-place finish at the CWL Pro League Playoffs being the highlight. As one of the world’s largest esports organizations, there is a good chance that they will acquire a spot in the franchise league.

On August 22, FaZe pro Matthew ‘Skrapz’ Marshall stated that he was told there’s an “80% chance” that FaZe will acquire a spot. However, if they do, they will be doing so with a different roster to the one that finished Black Ops 4. 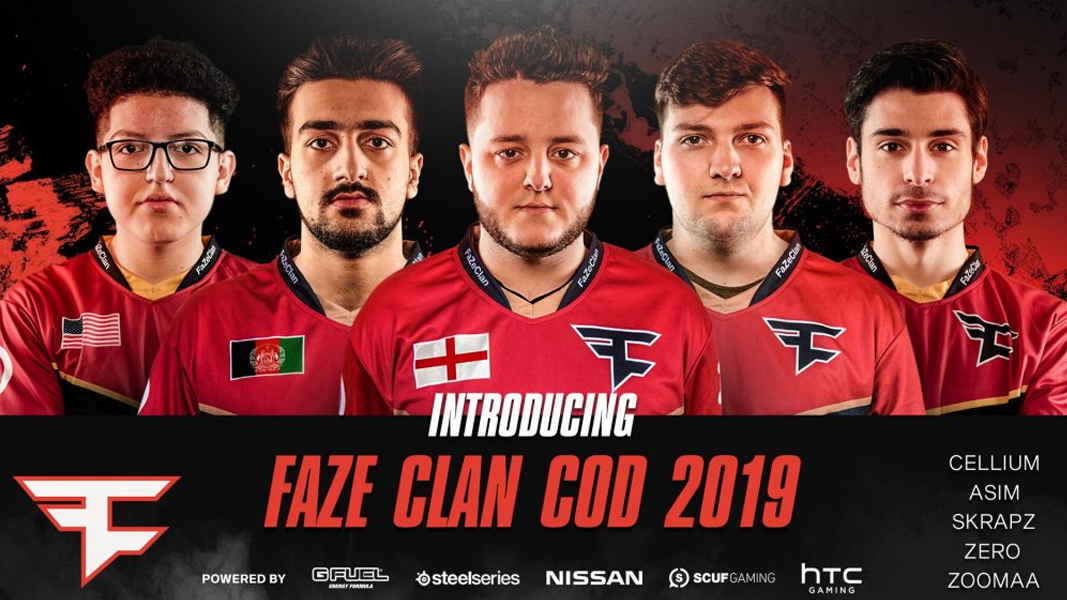 Trei ‘Zer0’ Morris appears to have confirmed his departure from FaZe Clan in a tweet on September 1.

“I’m currently exploring new opportunities for the upcoming CDL season,” the British CoD star said. “If you would like to reach out to me, you can DM me or email me.”

The aforementioned Skrapz responded to the tweet, wishing his ex-teammate luck for the future. Zer0 only joined FaZe Clan back in April of 2019, hoping to turn his Black Ops 4 fortunes around. It doesn’t seem to have paid off, and he’ll be searching for a new roster as we build up to Modern Warfare.

While Zer0 is the only confirmed player to have left the FaZe roster, speculation is also building around Thomas ‘ZooMaa’ Paparatto’s future at the organization.

While nothing has been announced, the Italian pro tweeted on August 30 that he is excited to find out what city he is going to represent. Eagle-eyed twitter users have also noticed that he has added his email to his Twitter bio, perhaps indicating that he is fielding offers.

I just wanna know what city I’m playing for :raised_hands::skin-tone-4:

However, his social channels are still dominated by FaZe Clan regalia and his bio still reads “Captain of FaZe Clan”, so this remains strictly speculative for now.

While Zer0 is confirmed to have departed, Skrapz certainly appears to be staying put. Teammates Cellium and Asim have been all but silent about their future heading into the franchise-based league.

You can stay up to date with all Call of Duty roster news and changes via our Rostermania hub.

Where is the Walmart yodeling kid now? Mason Ramsey goes viral on TikTok