Call of Duty: Black Ops 4 will reportedly be available to play at E3 for a select number of lucky fans and community members that received invitations.

Set to release on October 12th, 2018, Call of Duty: Black Ops 4 has generated a substantial amount of buzz across the gaming world ever since it was first-revealed by Treyarch as the next installation into the storied franchise.

Community members were able to get the first look at content included in BO4 during a ‘Community Reveal Event’ in Los Angeles, California on May 17th, which included information on Multiplayer, Zombies, the all-new ‘Battle Royale’ mode, and more.

Although, only a select handful of prominent individuals from around the community were invited to the event and had the ability to play Black Ops 4 for the first time.

It appears that they have different plans for E3, however, with CharlieINTEL reporting that Activision has potentially been sending out ‘randomized’ email invites to community members for them to play BO4 at the convention.

The invite includes a free three-day pass, opportunity to play the title, and the chance to meet developers at a VIP after-party.

An image of the invite can be viewed below, courtesy of @ry_guy_96. 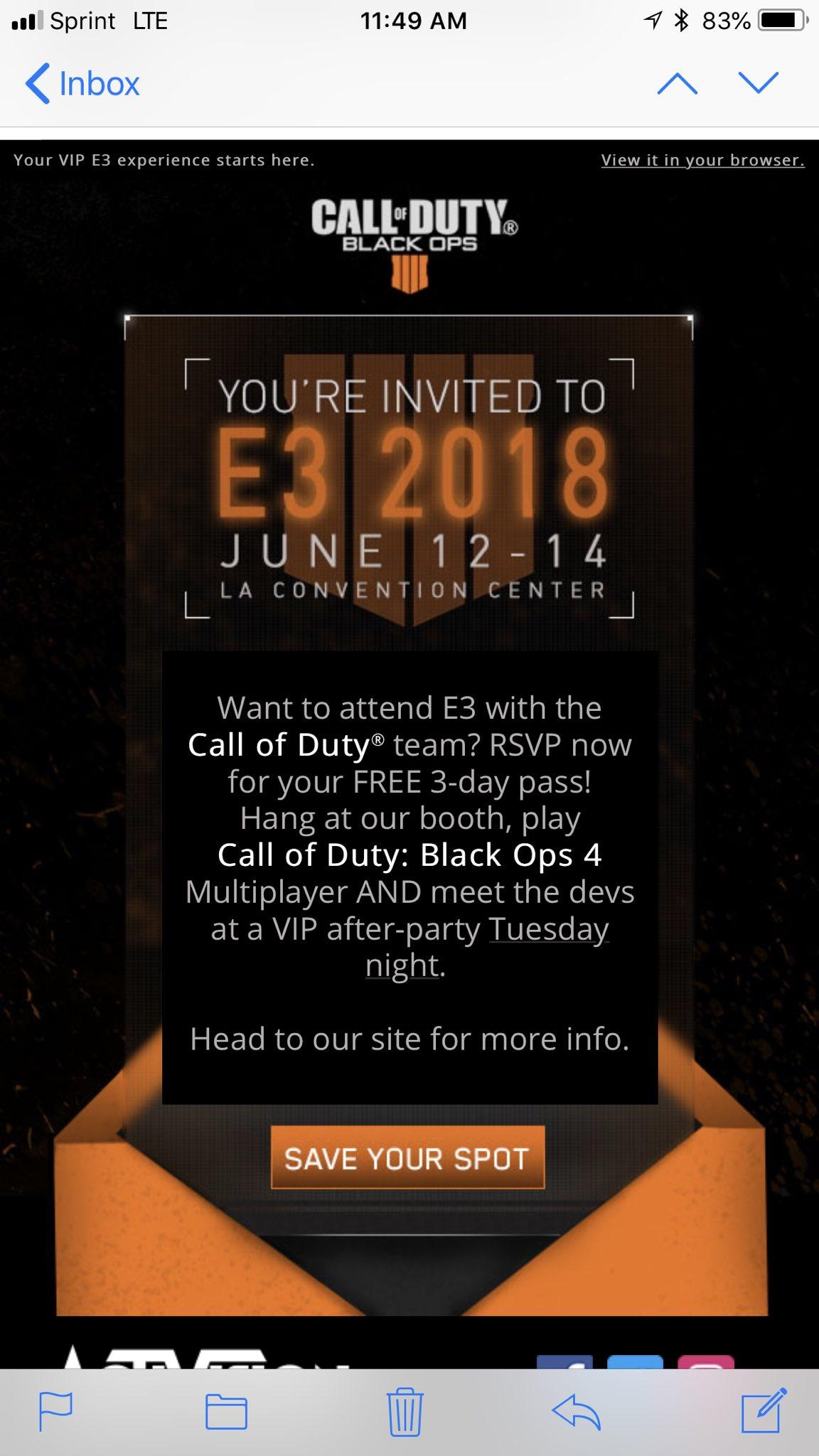