Week 6 of the CWL Pro League Stage 2 kicked off on July 3rd as Division A teams came together for their final week of regular season action.

With a total of five matches schedule for Day One, the Playoff picture got considerably clearer heading into the remained of the week.

The day started off with Echo Fox winning their fifth in a row as they further solidified their Playoff position with a 3-0 win over Splyce, who have been eliminated from postseason contention.

Next came a battle between Team EnVy and Team Kaliber, two teams who came in separated by just one game in the standings. However, tK’s 3-0 sweep gave them more breathing space and darkened EnVy’s hopes as they fell to 5-6.

It was Red Reserve against the winless Epsilon eSports in the third match of Day One and Red’s 3-1 victory confirmed them as the first team in Division A to clinch a Playoff berth. 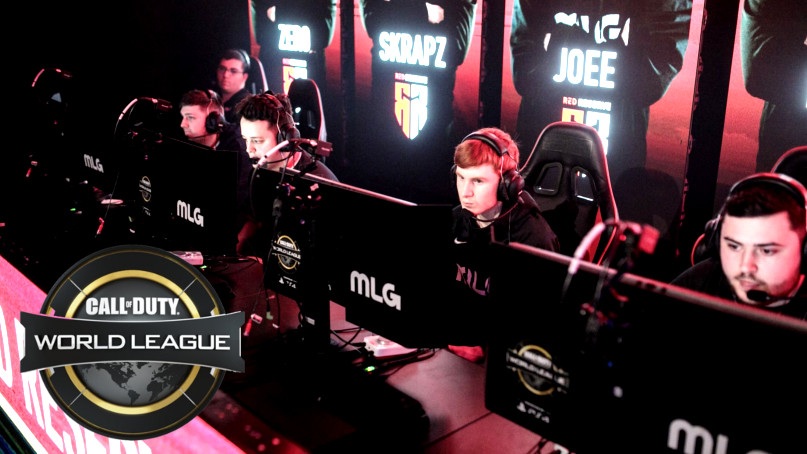 Up against a world of pressure, FaZe Clan came into the week knowing that they needed to win out and get some help from the teams above them.

Their final week started off perfectly as they dismantled Evil Geniuses 3-0 to climb up to fifth place and keep their Playoff hopes alive.

The final match of Day One featured Red Reserve facing tK, both playing their second match of the day. A huge reverse sweep by tK gave them the 3-2 win and further strengthened their Playoff chances.

Below you can find all of the scores for the Day One matches, along with a live look at the Division A standings. For all scores, schedules, rosters, standings, and live-stream, make sure to visit our dedicated CWL Pro League Stage 2 hub.