Search and Destroy typically brings out the most creative plays in Call of Duty, and a new tactic on Rammaza is one of the most crafty tactics seen yet in Modern Warfare.

Accuracy and timing are what often elevate one team over another in competitive Call of Duty, however strategy throughout Search and Destroy can prove absolutely pivotal from time to time. Entering each round with a plan of where to attack and which sight-lines to hold, could give you the jump on your opponents.

Some crafty strategies can leave the competition puzzled, as this daring tactic on Rammaza proves that unconventional thinking could secure a round win with ease. 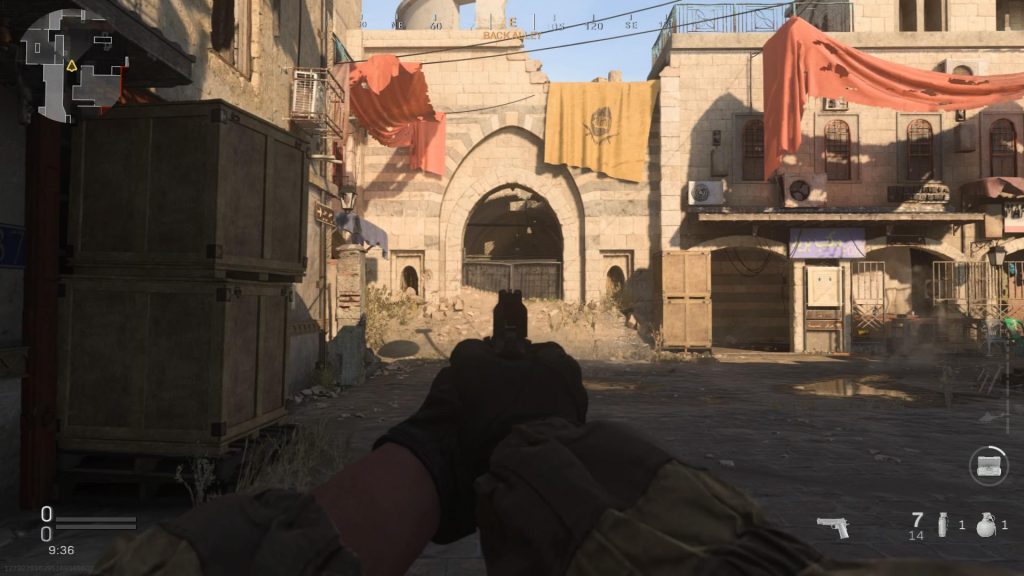 Rammaza will feature as one of seven maps in the competitive pool throughout the first Call of Duty League season.

Throughout a recent online tournament boasting one-on-one matchups, the sixth round of an S&D series came down to the wire and some quick-thinking gave the attacking player a huge lead.

Planting the bomb inside a war-torn building at A-site, ‘Equuip’ rushed upstairs and quickly peeked each side of the map to try and spot the last remaining enemy.

Unable to see exactly where his foe was located, the streamer could just about hear a few audio cues that gave away a rough position. With time ticking away on the bomb, there was only a matter of seconds left for the opponent to defuse. Astutely aware of just that, Equuip readied his weapon and began to shoot at the ground.

At first, not a single hit-marker registered. However, on the second attempt, the player was able to gun down the defuser in a short burst without even directly seeing him.

Knowing the precise location of the bomb-defusing kit, the streamer lined up his sights and relied on audio cues to determine just where an enemy was sitting.

“You know he’s tight after that one chat,” he jokingly said upon securing the kill and putting his team just one round away from victory.

Twitch viewers flooded the chat with amusing reactions, as shooting someone through the floor is certainly not a tactic that you see every day. An impossible strategy on the majority of maps in Modern Warfare, perhaps you can expect to see this literally groundbreaking tactic on Rammaza more frequently now.

Search and Destroy has remained a staple in the Call of Duty series since 2004.

This play can be utilized every time Rammaza appears in the map pool moving forward. All that’s needed is for the attacking team to plant at the A-site and defend overhead. Rather than risking lives and camping in the room of the bomb itself, it appears much safer to defend from the high ground.

If you’re the last remaining enemy and attempting to defuse however, be sure to check even the highest level of elevation before starting the process. You never know who might be about to rain down fire from above and cost you the round.