In a surprise announcement at Gamescom 2019 on Monday, August 19, Activision and Infinity Ward revealed that fans will be able to get their hands on Call of Duty: Modern Warfare multiplayer early.

During the Gamescom Opening Night livestream, Activision announced that the 2v2 Gunfight mode in Call of Duty: Modern Warfare will be playable in Alpha from August 23 through August 26.

Only Playstation 4 players will have access though, which means Xbox and PC players are out of luck, possibly until the game releases on October 25.

PS4 players will be able to team up and try out 2v2 Gunfights in the latest Call of Duty soon.

How do we get into the beta?

The Gunfight Alpha will be open to all PS4 players and unlike previous previews, no code is needed to play this Alpha.

Activision and PlayStation are obviously keeping their partnership going, so this is a PS4-only testing Alpha. 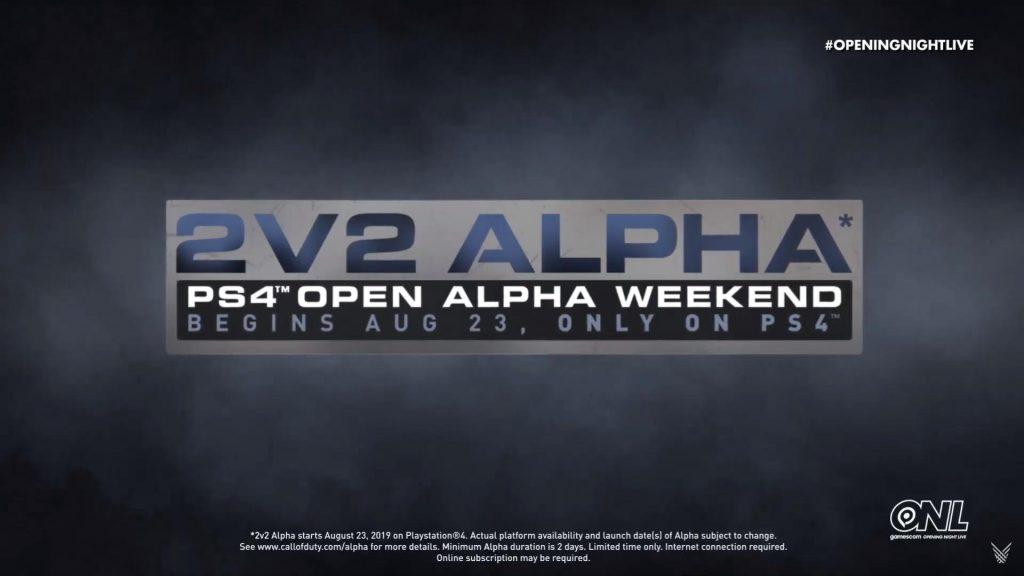 The Alpha is only open to PS4 players.

The Alpha will feature 5 Gunfight maps: Speedball, King, Pine, Docks, and Stack, which are all specifically designed for the intense gameplay of the mode.

Modern Warfare promises to be one of the biggest games of the year, and it looks like PS4 players will get the first chance to try it out.

How does Gunfight work?

The goal of Gunfight is simple: First team to win five rounds secures victory but each team begins a given round with a “random” weapon loadout, from pistol and rocket launcher combos to scoped shotguns.

More information about Modern Warfare’s Gunfight Mode can be found on the official Playstation Blog.

So, find a partner PS4 players and we’ll see you when the Gunfight 2v2 Alpha goes live on August 23 – hopefully before you see us.