The multiplayer beta for Call of Duty: Black Ops 4 is only days away, and for the first time scorestreaks which will be available have been revealed.

It will come as no surprise that scorestreaks make a return in Black Ops 4, as they have been a staple of every entry in the series since CoD 4, and some familiar looking payloads will return this year.

Some of the returning favorites include the RC-XD (remote controlled explosive device), which first appeared in Black Ops 1. For Black Ops 4, it is back on the ground – gone is the floating, jumping ‘HC-XD’ of Black Ops III.

There is also the return of the Hellstorm Missile, a manually guided rocket which was present in Black Ops 2 and Black Ops III.

But some completely new scorestreaks are also on show in the trailer, such as the ‘Strike Team’. From previous gameplay footage, this is two AI soldiers who drop into the map and take out enemies in a designated area.

And finally, the trailer also shows off a four legged robot streak, the name of which is not revealed in the trailer, but is believed to be called the ‘Mantis’.

Go on a streak to activate the Hellstorm Missile, Strike Team, RC-XD, and more coming to the #BlackOps4 MP Beta August 3rd on PS4. pic.twitter.com/n23fWOWAcl

The Mantis looks like a deadly streak, and is expected to be one of the more costly to earn. Fans will have to wait for the trailer to see how scoring from kills, assists (which now count as kills) and objective work counts towards streaks. 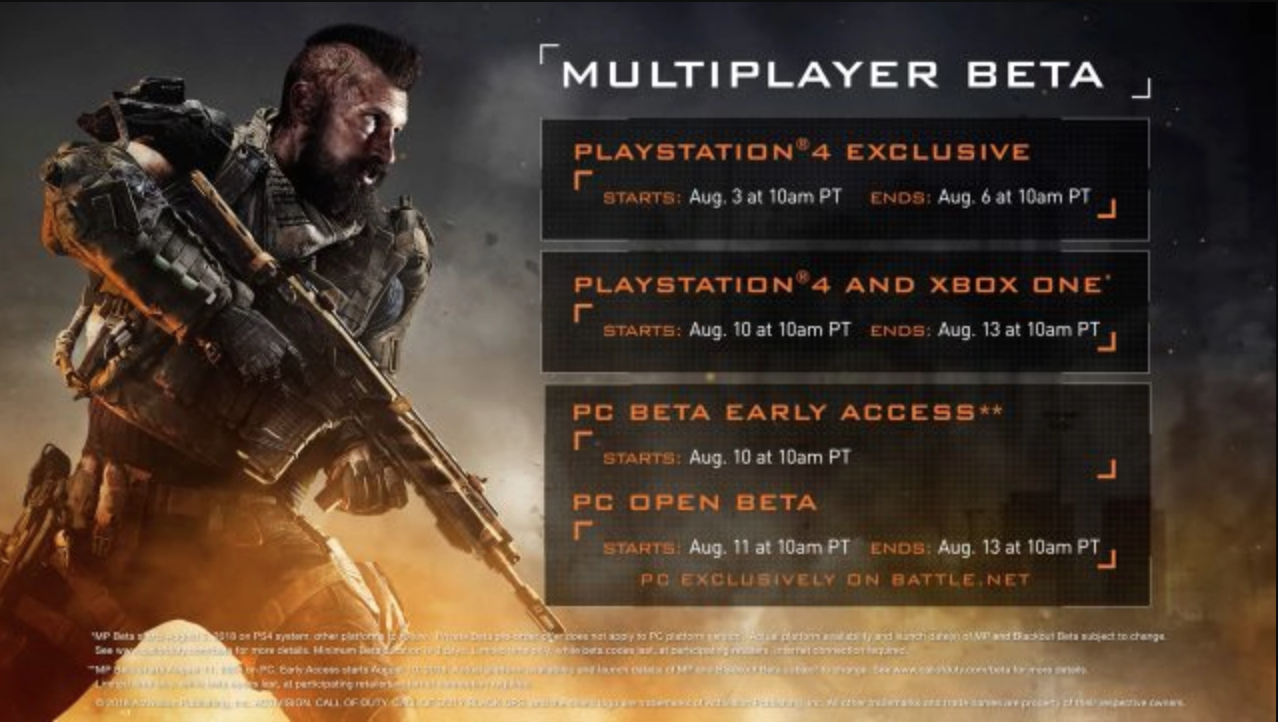 Five game modes (TDM, Domination, S&D, Hardpoint and Control) and six maps will be available in the multiplayer beta. New specialists, as well as some familiar from Black Ops III, will also be available.

A beta for the battle royale mode, Blackout, is set for September, but no specific dates have been announced yet.