The confirmed ESRB and provisional PEGI age-based classifications for Call of Duty: Black Ops 4 have been revealed.

For players in the United States, the highly anticipated fourth installment of the Black Ops 4 series will be ESRB rated at 17, while the European Union’s “provisional” PEGI rating has settled on 18.

The ESRB information comes directly from Amazon’s updated box art images which now show the age rating in the lower left of the image next to an “INTERNET REQUIRED” logo.

The fact that the game requires an internet connection is also not surprising as Black Ops 4 will not feature a campaign/story mode so will need to be connected to the internet for virtually every feature.

There is also a strong possibility that the game will come with a hefty day one update or patch – something that seems to have become the norm in recent years.

The US Amazon site has also updated the image for the Call of Duty: Black Ops 4 Mystery Box Edition, showing what the packaging will look like: 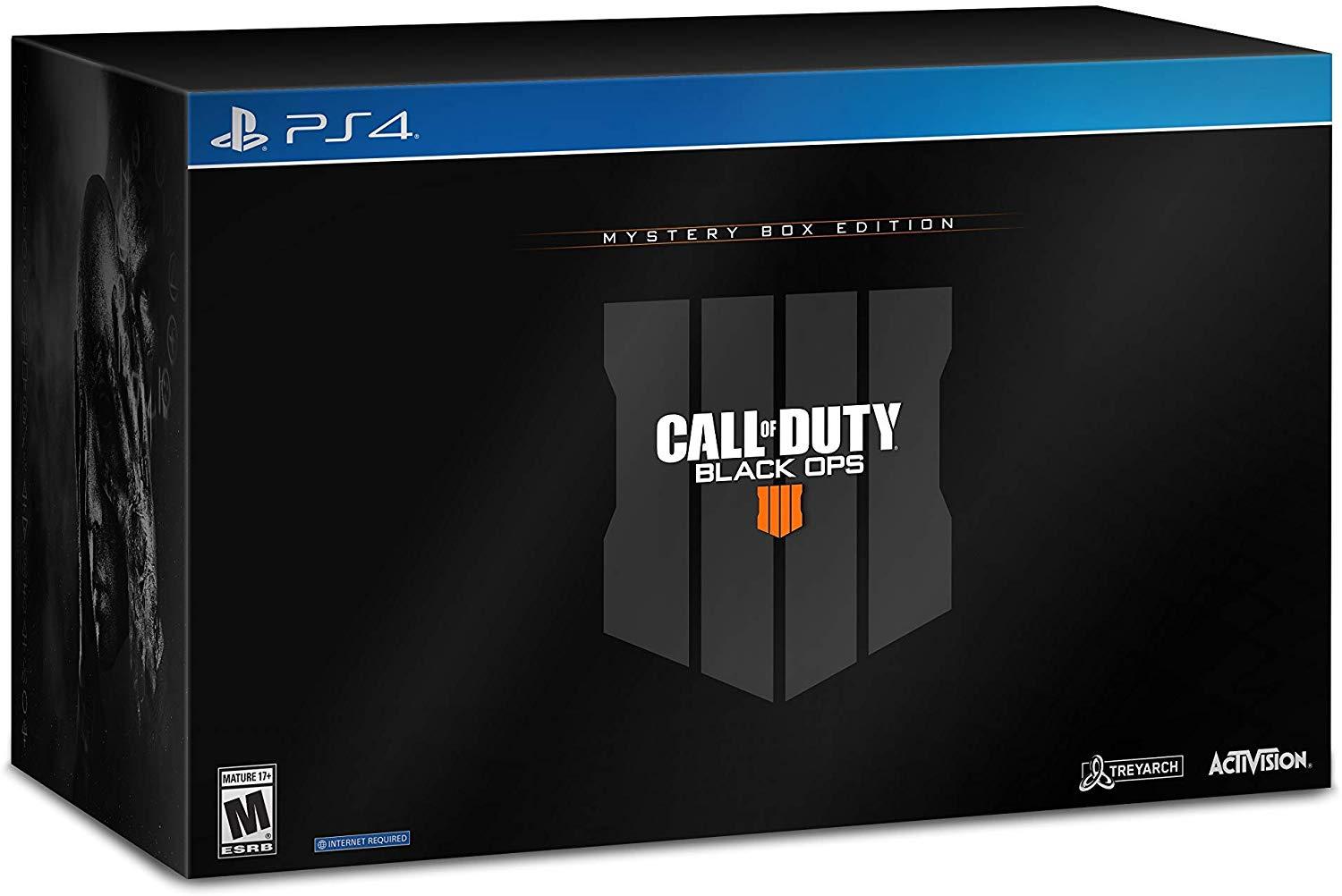 The Mystery Box Edition will includes a mystery box that lights up and plays zombie noises, a Black Ops pass with day one bonus, and a a great deal more additional content.