PUBG has chicken dinners, Fortnite has Victory Royales and now we know what the winners of Blackout will see.

CourageJD was one of the first to see the winning screen in Blackout, thanks to his teammates.

Former professional CoD players TeePee and Merk teamed with Maven and Courage in Blackout to win their first match, showing the stream the Victory screen.

There is more to the screen than the #1 Victory line however, as the winning players will also earn a “Leave None Standing” medal. 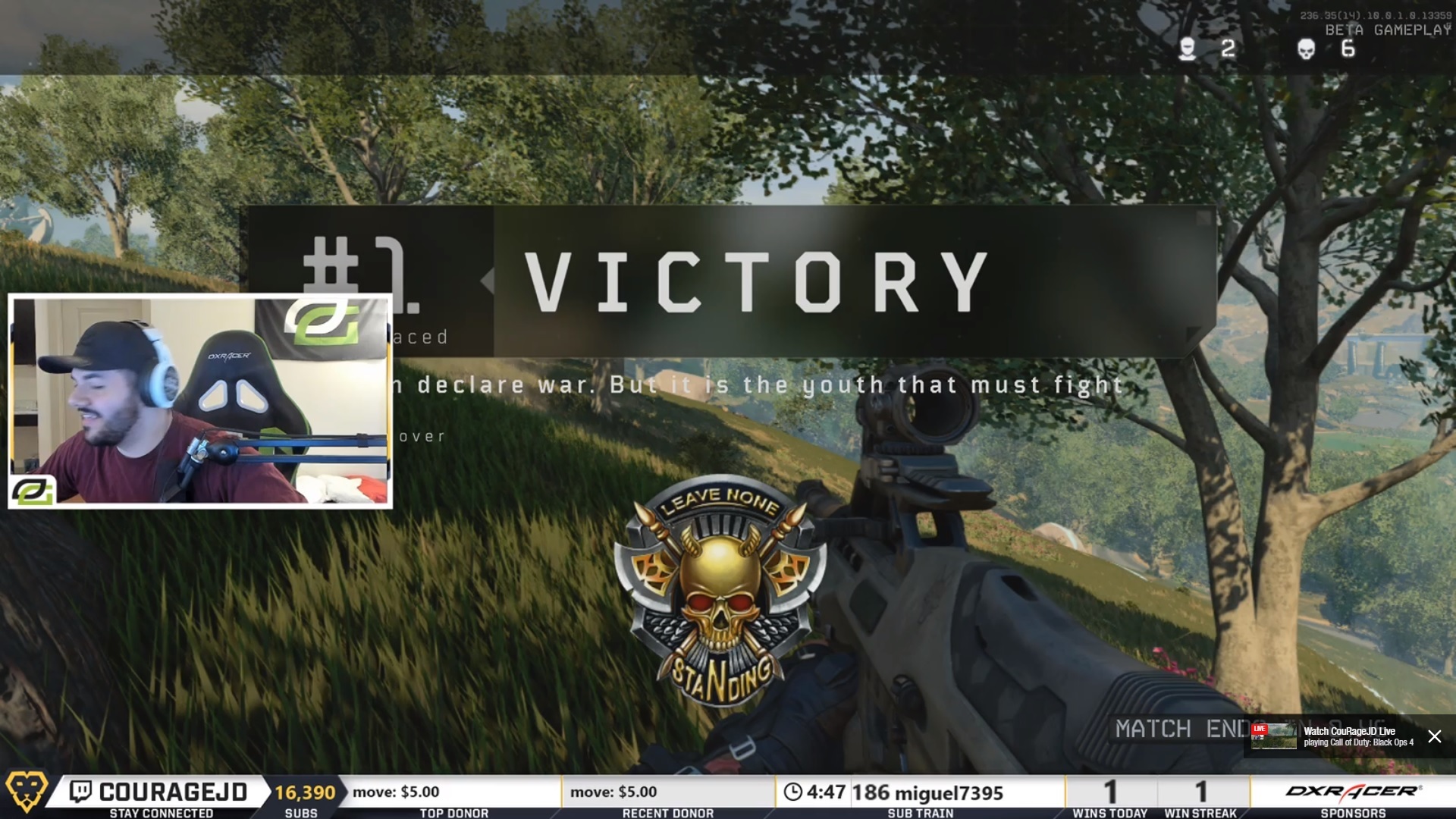 The quote on Courage’s screen read “Old men declare war, but it is the youth that must fight.”

Maven’s screen showed a quote from classic American actor and columnist Will Rogers, “You can’t say that civilization don’t advance, however, for in every war they kill you in a new way.” Maven confused with the quote with the fictional Steve Rodgers, better known as Captain America.

The Backout beta is currently live on PS4 and will be available on all platforms starting September 14.

For more information on how to play to earn a Victory screen of your own, you can check out Dexerto’s guide to starting Blackout.