Blackout is many players’ favorite aspect of Black Ops 4 and with this insanely detailed interactive map, you can always find the best landing spot in every game.

Black Ops 4 entered the battle royale conversation with its Blackout mode that was met with widespread acclaim when it released on October 12.

Over the last two months, Treyarch has been steadily adding new locations and content that have made it one of the deepest battle royales around.

While choosing the right landing spot might be a bit daunting given the number of choices available, one Black Ops 4 player has aided in eliminating the guesswork with an interactive map. 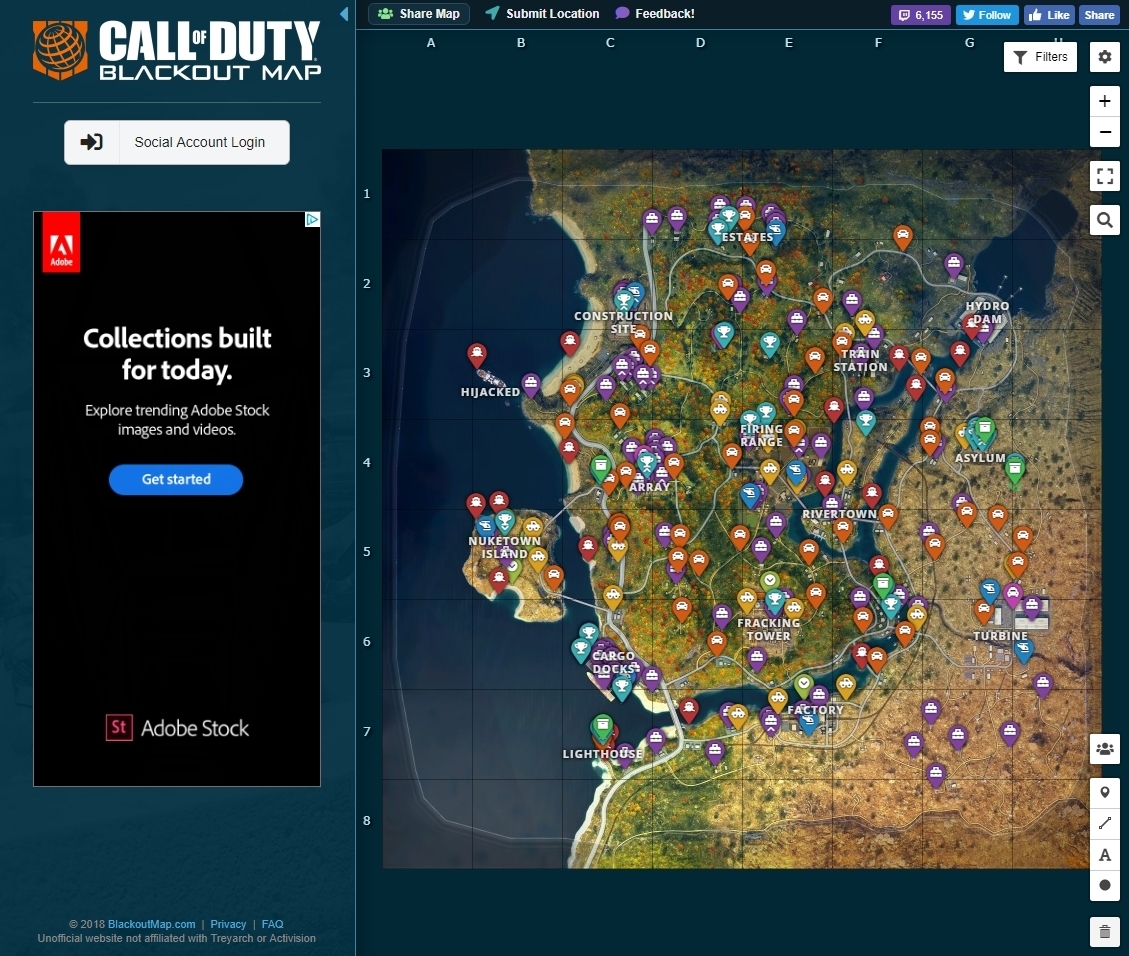 This Blackout interactive map is the perfect tool to picking up more coveted victories in the battle royale mode.

Taking a look at the sprawling map, it’s clear that there are many places to choose from, as there are a bevy of locations that have plenty of Stashes and vehicles available.

This tool has been around since around the game’s release, but they recently made some huge updates to incorporate the newest elements of the game.

Not only does the map now include the new ARAV and Hijacked spawns, but it includes all the character unlock challenges and Dark Ops challenges as well.

If all of that wasn’t enough, there’s even a function that will allow players to plot a route ahead of time to try and find the most efficient path possible.

Whether you’re just starting out in Blackout or you’re a veteran trying to perfect their game, this map is the perfect tool for any Blackout player.

With the surprise Holiday double XP and double Blackout Merits event set to kick off in just a few days on December 28, this is the perfect time to get your routes down before maximizing on the extra experience in the final days of 2018.