The first offerings of the Black Ops 4 Pass are live and brings with it more maps, experiences and an old character who’s making its Black Ops 4 debut.

Black Ops 4 released in October, and has since provided players with tons of hours of gameplay with the title’s classic multiplayer madness, the Blackout battle royale, and Zombies, but is now releasing its first load of content from the season pass.

The release will see the addition of two new multiplayer maps, a new Zombies experience complete with an “all-star cast,” and the return of the fan-favorite character, Reaper, from Black Ops 3. 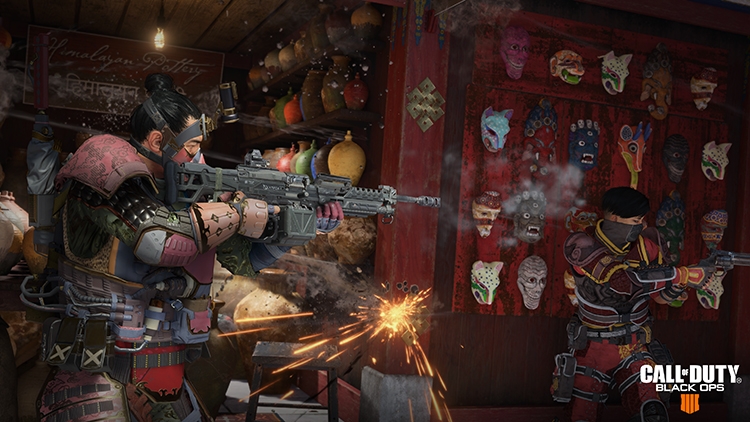 The new maps added to multiplayer are Madagascar and Elevation. Both maps were previously leaked, but are now confirmed and playable to all.

The new Zombies theater is called Dead of the Night and features Helena Bonham Carter, Brian Blessed, Charles Dance, and Kiefer Sutherland playing the psychic, the brigadier, the butler and the gunslinger, respectively.

The mode has the four party-goers fending off hordes of the undead as a mysterious magic turns the guests into flesh-eating Zombies in a classic horror movie scenario.

Play the all new Black Ops Pass content on December 11th, available first on PS4 with other platforms to follow. pic.twitter.com/zcPREcYnpP

Making its return to Black Ops for the second title in a row is the mechanized character Reaper. Reaper was a favorite among players for his specialist weapon, Scythe, that turns his arm into a three-barreled machine gun.

Reaper is the second of four characters that will be exclusively available through the Black Ops Pass.

The Black Ops Pass is immediately available on the PlayStation 4, while PC and Xbox will have to wait for its release on December 18.