Call of Duty developers Treyarch have announced an upcoming promotional weekend that will include free access to Black Ops Pass maps and several forms of double XP in Multiplayer, Blackout, and Zombies.

The 2XP in Multiplayer and Tier progression will give players a very good opportunity to unlock new content in the currently ongoing Operation Grand Heist content stream.

Meanwhile, with the addition of so many new Echelon ranks in Blackout, players can use the 2X Merits boost to rank up at a much faster pace. 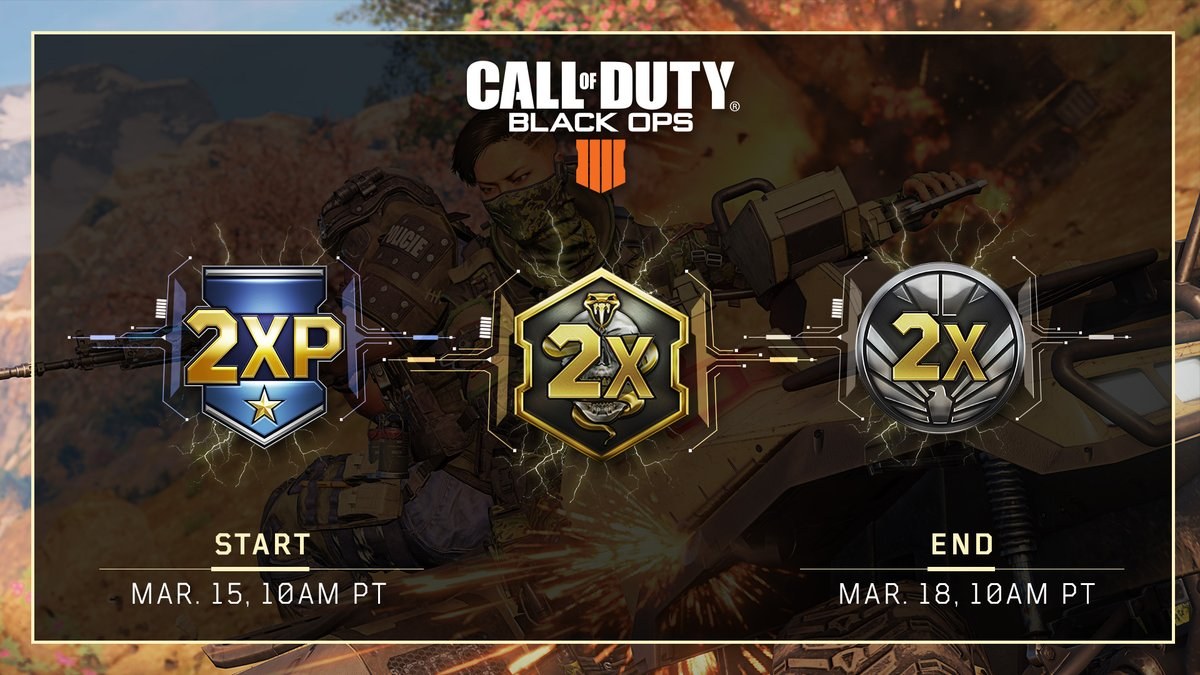 The upcoming Black Ops 4 promo weekend will begin on March 15 and end on March 18.
[ad name=”article3″]

Furthermore, Treyarch are making all four Black Ops Pass exclusive Multiplayer maps available for access by everyone during that same weekend.

This means that players who don’t own the season pass will be able to try out Madagascar, Elevation, Lockup, and Casino for the first time completely free.

Madagascar and Elevation were first added at the start of the Operation Absolute Zero event in December, while Lockup and Casino are a lot more recent additions, coming at the start of Operation Grand Heist in mid-February.

Clear your plans this weekend :video_game:

This weekend, dive into the four Black Ops Pass multiplayer maps for free from 3/15 – 3/18 on all platforms. #BlackOps4 pic.twitter.com/D78b5tCind

Unfortunately, these maps will stop being available to everyone once this promotional weekend ends on March 18, but players who are on the fence about buying the Black Ops Pass will at least get the chance to test out the maps for free.

To continue accessing these maps past this trial period, players will need to purchase the Black Ops Pass, which will grant them three Blackout characters, three Zombies experiences, and a lot more exclusive content down the line.