Evil Geniuses player Patrick “ACHES” Price has weighed in on the on-going debate about the impact of the competitive ruleset on the growth of CoD esports.

The debate was sparked when Clayster suggested that Call of Duty esports embrace all the weapons, maps and equipment used in regular public matches in an effort to interest more casual fans.

Currently, competitive Call of Duty uses a somewhat stripped back version of the base game, removing maps, certain weapons/attachments and more to create a more balanced and, well, competitive environment.

Responding to Clayster’s suggestions, ACHES made it clear he thinks the problems causing the rift between casual and competitive CoD community is more than just the ruleset.

ACHES recalls the competitive season of Black Ops 2, when the season started with a much more ‘loose’ ruleset in place, with items like turrets, KAP40 machine pistols and the FAL assault rifle all allowed.

Finally, in a surprise post, ACHES highlighted that playing Hardpoint could be argued to affect casual interest, as it is not as popular a mode as domination, for example.

ACHES clarified that he was pointing out that while hardpoint is arguably the most competitive mode, it is not a popular public match mode, but that doesn’t mean the ruleset should be changed. Rather other issues should be looked at first. 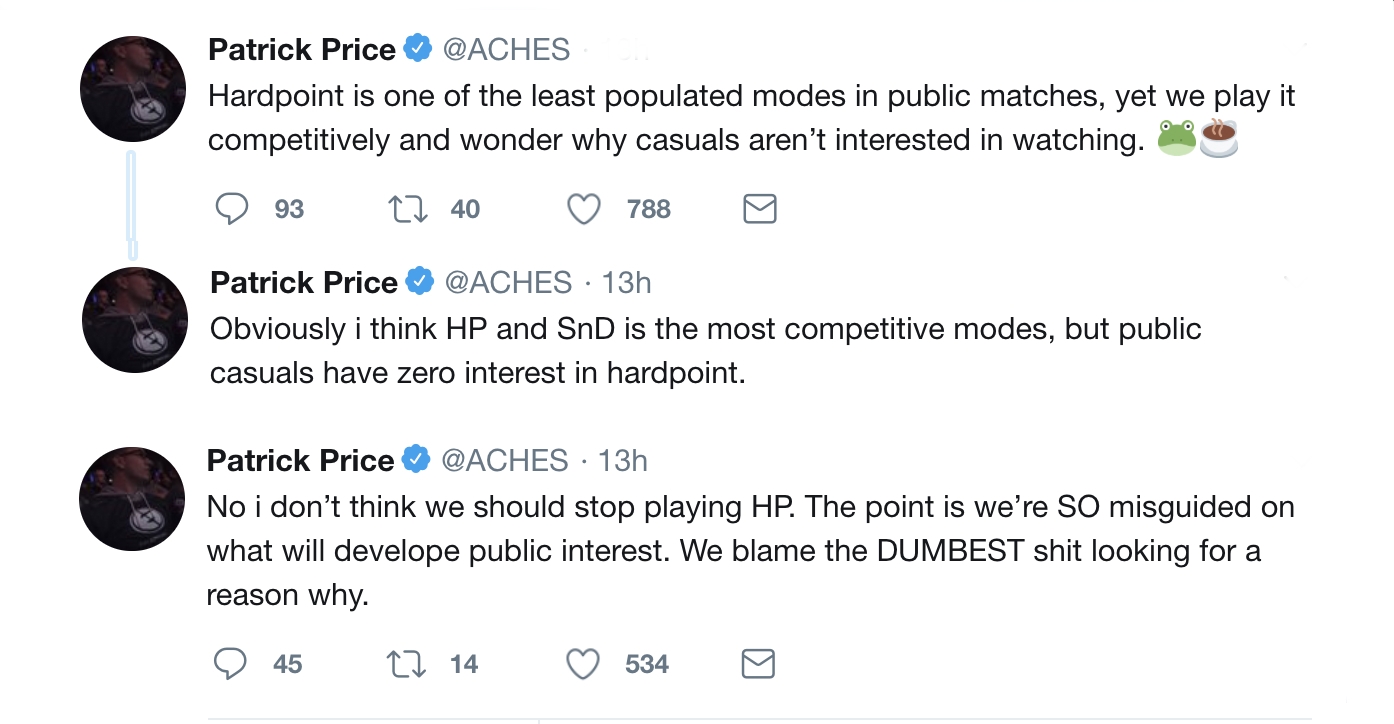 The debate is focused around the upcoming release of Black Ops 4, as the competitive Call of Duty aims to interest more casual fans into the competitive side of the game.

Treyarch has historically been a very supportive developer when it comes to esports, so with good communication and co-operation between players, fans, the CWL and Treyarch, hopefully a balance can be struck.